You are here: Home » Torah » Leadership, Humility and Respect

In BeHa’alotcha, the Torah begins its narrative of the travels of the Israelites through the wilderness of Sinai. The stories of the Israelites’ sojourns, of their sins and of their quarrels, give us insight into the character of the people and especially of their leaders. In our parsha, the Torah relates three episodes that occurred upon the nation’s departure from Mount Sinai. Through these three incidents Moses’s personality and leadership qualities are revealed.

The character trait most often ascribed to Moses is humility. At the outset of Moses’ career, when God spoke to him from the burning bush and commanded him to take the Israelites out of Egypt, Moses was reluctant to accept the mantle of leadership. Indeed, at the end of our parsha, the Torah states, “The man Moses was exceedingly humble, more than any other man on the face of the earth.” At first blush, humility and good leadership are incompatible. To be a leader requires a strong sense of self and the courage and self-confidence to do what one regards as right regardless of what others might think, whereas we usually associate humility with devaluation of self-worth and with low self-esteem. This conception of humility is mistaken, as the personality of Moses clearly demonstrates. Moses was a man of unwavering self-confidence, a man with the strength to do the right thing even when opposed by virtually the entire nation. When Moses descended Mount Sinai, saw the golden calf and watched the people cavorting around it, he took swift and deadly action against the offenders. Moses was humble because he was unconcerned with honors or glory and shied away from the perquisites of leadership. Moses was a leader because he knew what was right and did it with unflinching courage.

In our parsha, when the Israelites are about to set out on their journey, Moses turns to his father-in-law, Hovav, and says, “Leave us not, I pray you; for you know how we are to camp in the wilderness, and you may be to us as eyes.” Here is Moses, leader of the entire nation, who speaks daily to God, begging his father-in-law to stay with them because Moses needs Hovav’s “eyes”, his insight and his vision! How many leaders would be so unconcerned with their own status, so concerned for the public welfare, that they would make such an admission? How many leaders would be so humble?

In a similar episode, Moses is overwhelmed by the burdens of leadership and begs God for help, “I am not able to carry all this people alone, because it is too heavy for me.” God accedes to his request and assigns seventy elders to assist him. Surely, none of these elders was as capable of Moses. Without humility, a leader would never have asked for or accepted such assistance. Many people in positions of authority are control freaks. They refuse to delegate authority because no one can do the job as well as they. This type of attitude sacrifices public welfare for personal status. Moses accepted assistance, and benefited the nation.

Although humility is a necessary quality in a leader, a leader requires public respect. A leader who is mocked or denigrated cannot be effective. In the third episode in our parsha, Aaron and Miriam speak disparagingly about Moses. Moses, true to his humble nature, does not respond; God does. God said, “Hear now my words; If there is a prophet among you, I the Lord will make myself known to him in a vision, and will speak to him in a dream. Not so with my servant Moses, for he is the trusted one in all my house… Why then were you not afraid to speak against my servant Moses?” A leader requires honor and respect, but a humble leader will not seek it out and often not demand it; others must demand it for him.

Leadership and humility, far from being antithetical, are actually complimentary. To be humble is to be unconcerned with society’s honors. Similarly, to be a leader requires pursuit of truth, not pursuit of public endorsement. A leader does what is right and serves the people in the best possible way. A leader who is willing to do this even when it entails loss of his own status and control is a leader par excellence. 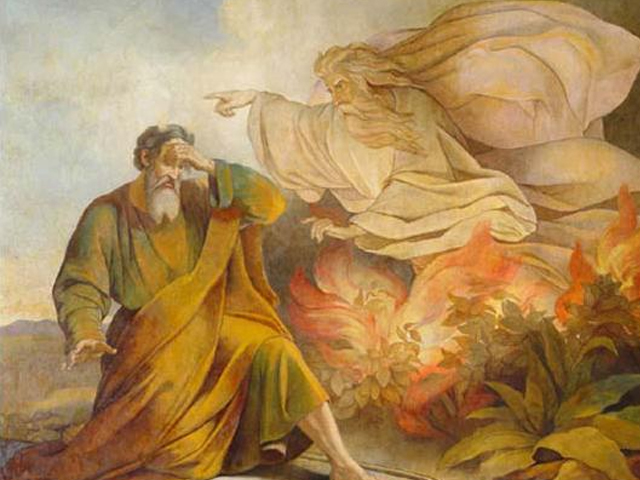