You are here: Home » Torah » “Will the Judge of the Earth not deal justly?!” – Arguing Ethics with God

“Will the Judge of the Earth not deal justly?!” – Arguing Ethics with God

Parshat Va’Yera has many powerful stories and images, but perhaps the two most powerful are the story of Avraham arguing with God to save Sodom and Amora, and the story that is climax of the parsha, Avraham offering Yitzchak up as a sacrifice. The first of these captures our imagination because it shows Avraham’s deep commitment to ethics and justice, so deep that he has the audacity to argue and argue and continue to argue with God to prevent an injustice from being done. “Will the Judge of the entire Earth not do justice?!” This episode is used by some, including Rav Aharon Lichtenstein (By His Light), to demonstrate the importance of independent ethics within the Jewish tradition. Avraham did not meekly submit to the Divine will. He challenged God because God’s actions went against his internal sense of right and wrong.

However, if this is how we are to understand the message of Avraham arguing with God, then what meaning should we give to the akeida story, where Avraham is asked to murder his son and he follows God’s commands without question or challenge? We should first of all admit that this may not be a question at all. Our understanding of the akeida as a test of whether Avraham would follow the Divine command even when it contradicted morality and ethical mandates is the understanding that has been popular ever since Kierkegaard addressed this issue in his book, “Fear and Trembling”. In classic Jewish writing and liturgy, however, the akeida was never seen as a test regarding morality, and has always been cast as a test of Avraham’s preparedness to give up that which was most dear to him and to overcome his fatherly love and compassion. Presumably, in a time when child sacrifice was common, such an act would not have been seen as murder and would not have been seen as an unethical act.

That being said, we today cannot help but seeing this as a case that should have demanded equal moral objection from Avraham to what he did in the case of Sodom. And yet, Avraham is silent. Why is that? One way to read this is that this test, this final test, elevated Avraham to a higher plane, to a place where he did not question or challenge God as he had before. However, that would imply that Avraham was wrong to have objected when God came to destroy Sodom, something that seems to run counter to the text and tradition. I believe that there are two other ways of resolving this, both of which force a reassessment of the valorization of the idea of challenging God with our own sense of right and wrong.

The first is to recognize that in the story of the akeida, a demand is being made of Avraham. He is told to act. This is in contrast to the story of Sodom where nothing is being asked of him. Avraham could defend the people of Sodom and know that he was in the right. There was no question of an ulterior motive. He was a completely disinterested party, and thus his moral objection was unassailable. However, in the case of the akeida, were he to object, how could he ever know that he was not doing it as a way to avoid his obligation, his responsibility? As a person with a vested interest, he could not object with a clear conscience, he could not know that he was doing it totally lishma, and hence he listens to God’s command without question or challenge.

This is illustrated by a story that is told of the maskil that would come to a great rabbi and say, “Rabbi, I would keep Shabbos and the mitzvot, if only I had answers to all my questions.” After which he proceeds to tell him all of his theological questions about God and Torah. The rabbi listens closely and then says, “I am sorry, I can’t help you.” After the person leaves, the rabbi’s students turn to him and say, “But, rebbe, you certainly could have answered his questions. Why didn’t you?” To which the rabbi responded, “Those weren’t questions. They were answers.”

The first thing we need to ask ourselves when we have questions is, are these really questions or are they answers? Can I go on, with all my questions, like Avraham did, remaining fully committed to God and my obligations, or will I not do what is required of me until I can get answers to my questions? Religious struggle is good, even necessary, but to be deeply rooted and to be pure it must come in the context of commitment and obligation, not in the context of withdrawal and rejection.

This, then, brings us to the second approach, and to a revisiting of the text of the story of Sodom and Amora. Is it really the case that Avraham was challenging God with his own ethical standards? A close reading of the text will show that this is not the case. The Torah introduces the story with the verses: “And God said, “Will I withhold from Avraham what I am about to do?. . . For I know him that he will command his children and his household after him to keep the path of God, to do righteousness and justice (tzedakka u’mishpat)” (Gen. 18:17-19). What is the purpose of this introduction? It is to tell us that the reason that God is informing Avraham and giving him the opening to challenge God is because Avraham has been preaching and will pass down to future generations the message of what it means to go in the path of God. And what does following God’s path entail – doing tzedakka u’mishpat. Now, since God’s destruction of Sodom and Amora might be perceived as a perversion of justice, this might undermine Avraham’s mission of preaching this as the path of God, and lead to people questioning whether God’s way is truly a way of justice. Thus, it is necessary to give him the chance to challenge God so that it can be demonstrated to all that God’s actions are truly ones of tzedakkah u’mishpat.

The upshot of this reading, then, is that Avraham will challenge God – is, in fact, being invited to challenge God – not by Avraham’s ethical standards, but by God’s own standards, by whether God is conforming to the derekh Hashem. And, in fact, when Avraham does challenge God, he states hashofet kol ha’aretz lo ya’aseh mishpat, “Will the judge of the whole earth not act justly?!” (Gen. 18:25). That is to say, how God can you not keep to your own standards, to the essence of who You are?

The message of Avraham’s defending of Sodom and Amora, according to this reading, is no longer one of the power of challenging God with one’s independent sense of morality. It is about grappling with God and about struggle, for sure, but a grappling that is an internal one, and for that reason it is – I believe – a stronger one. It is not saying, “How can the Torah allow mamzerim or agunot, that is so unethical!” It is, rather, saying, “How can the Torah allow mamzerim or agunot, when that is so counter to Torah values and to my belief in a loving and beneficent God!” This struggle, like the struggle that takes place in the context of commitment and obligation, has more traction because it is coming from the inside, and because it is coming from a deep place of belief. It is a religious struggle, not a critique of religion from a different system. And as such, it is a struggle that can lead to both a deepening of commitment, and to a clearer understanding of what God wants from us and how to be true and faithful to our commitments to God and Torah. 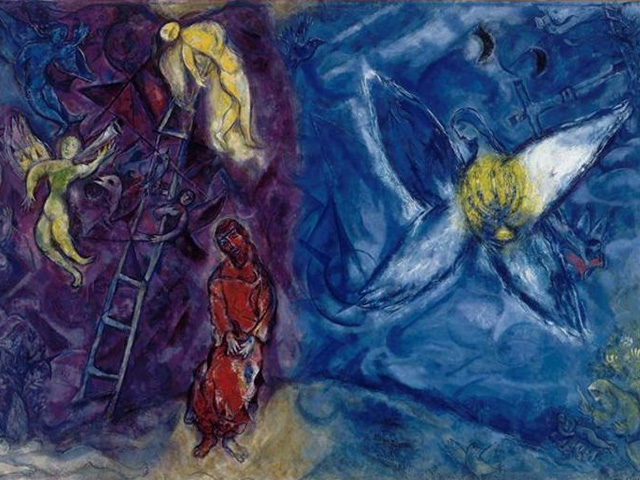