You are here: Home » Torah » God’s Hand and Our Responsibility

God’s Hand and Our Responsibility

The story of Yosef and his brothers continues in Mikeitz when Yosef is taken from the dungeon and raised to be the viceroy of Egypt. It is then that his dreams begin to become reality, as his brothers come to Egypt and bow down to Yosef, eventually bringing their youngest brother, Binyamin, with them. It is at this stage in the narrative that Ramban (on Gen. 42:9) asks a penetrating question – how is it that Yosef, now the viceroy of Egypt, did not attempt at any time in the last 9 years to send a message to his father that he was still alive? While many creative answers have been given to this question, Ramban gives the most obvious – Yosef, when he rose to power, saw that the dreams had a chance of materializing, and believed that they could only be actualized if he did not inform his father of his whereabouts. He thus chose to remain silent and to wait for his father and brothers to come to Egyptand bow down to him, so that his dreams, and God’s will, could be fulfilled.

This interpretation is, I believe, the key to understanding Yosef’s character. Yosef saw himself merely as a vessel of God’s will – it was through Yosef that God worked in the world. On the one hand, this can be a position of humility, because such a person takes no personal credit for his accomplishments: “And Yosef said to Pharaoh: Not I! God will see to the welfare of Pharaoh.” (Gen. 41:16). And, indeed, according to the Chazal, Yosef is the “tzaddik,” the one always talking about and thinking about God, always crediting God for his successes: “And his master saw that God was with him – that is, the name of Heaven was constantly in his mouth” (Rashi, 39:3).

This trait, however, is not all good. It can, at times, lead to arrogance, and almost certainly leads to an overlooking of real, human concerns. Consider Yosef’s response to the baker and the wine steward. “And Yosef said: Behold to God is interpretations. Tell your dreams to me.” (Gen. 40:8). That is to say – “I can’t take credit, it isn’t I who will interpret, it is God. But tell me – because I am God’s conduit and God will speak through me.”

Now, it is possible that Yosef did not believe that God worked only through him. Someone with this outlook on life – a deeply religious person – will see God working through all people. And, in fact, when, after Yaakov’s death, the brothers express their fears that Yosef will now take revenge on them, he responds to them, “Do not fear, for am I in God’s stead? You planned to do evil to me. God intended it for good – to bring about as this present day – to sustain a large nation.” (Gen. 50:19-20). That is – God was working through you as well. I do not hold you personally responsible for your actions – it was all God’s work.

If Yosef believed that God is working through every one and directing all actions, then arrogance would not be the issue. Personal responsibility would be. If God is always working through a person, then can someone ever be fully responsible for his or her actions? Of course it is possible to believe both that God works through a person and that a person has full freedom of choice and is fully responsible for his actions. “All is foreseen and freedom to choose is given.” (Pirkei Avot). However, a heightened sense of the former often leads to a diminished sense of the latter. The brothers had done evil to Yosef. Such an act was not to be dismissed because God had manipulated events to come out for the best. It should have been forgiven because they were contrite and had repented. Teshuva, taking responsibility for one’s actions, both past and future, is the corrective to evil or sinful actions which one did and is responsible for. The corrective is not – as Yosef would have it – a dismissal of one’s responsibility because of a belief that it was God’s will. The other side of not taking credit for one’s positive accomplishments is not taking responsibility for one’s wrongdoings either.

If personal responsibility can be dismissed after the fact, then it can also be downplayed prior to the fact, when one is choosing a course of action. If it was God’s will that the dreams be fulfilled, then that is what must happen, even if it means that Yaakov will continue to suffer for untold years. If, as many commentators understand, Yosef manipulated the brothers to bring down Binyamin and then accused him of robbery to see if the brothers had changed and if they would stand up to protect his brother, then that was justified in Yosef’s mind as well. Such an outcome – forcing the brothers to be better than they had been – would clearly be in keeping with God’s will, and Yosef could and must act to bring this about. The fact that it involved deceit and trickery, not to mention the anguish of his brothers, was not a matter of concern, since it was God’s will that was being followed.

Seeing God’s hand in everything is truly the sign of a tzaddik. But, as the entire halakhic system teaches us, true righteousness combines this religious perspective with a deep and profound recognition of our responsibility for our own actions, good or bad. And it teaches us that even when we are working to achieve God’s plan in the world – to the best that we can understand or have a glimpse of that plan – that we cannot let such an end justify a means that involve the hurting or causing suffering of others.

Halakha, if it teaches anything, teaches that each action matters in the here and now. It teaches that each action must be judged for its rightness on its own terms, and an aveira, a sin, cannot be justified or dismissed because of some lofty goal that is motivating it. Halakha does not speak the language of the tzaddik – of the person who is always thinking about God and who sees God acting through him. It speaks the language of the concrete realities of this world, of the nuts and bolts of day-to-day existence, and it never lets us forget that every action that we do matters – it matters to God, it matters to us, it matters to other people. And that a life that is not only religious, but that is halakhically religious, is a life that sees God in the world and in us, but that never lets us forget that we are responsible for our actions, and we are responsible for how our actions impact upon others. 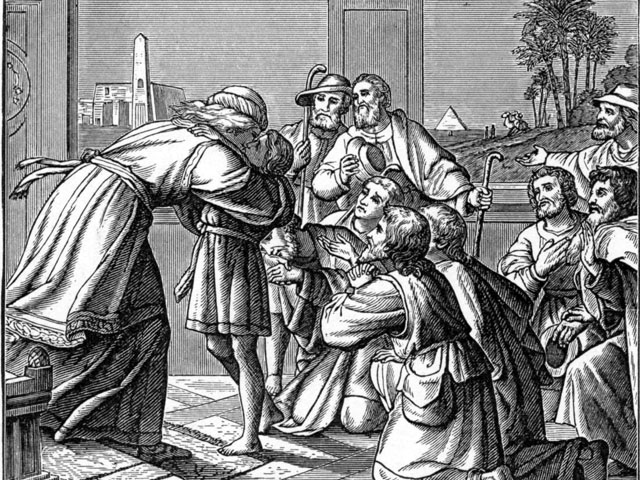