You are here: Home » Torah » What Is Most Dear to Us that We Bring to God?

What Is Most Dear to Us that We Bring to God?

Parshat Vayikra introduces us into the world of korbanot. The institution of sacrifices is a very difficult concept for many today. How do we understand why God would want or need sacrifices? And even if they are for us, as a way to connect to God, the acts involved in bringing sacrifices – slaughtering, sprinkling the blood, burning of the fats – seem much too bloody, gory, and smelly to constitute an elevated religious experience. [This is not even to address the question of whether it is proper to take an animal’s life for this purpose – a questionable critique when voiced by people who are not vegetarians. If one could understand sacrifices as a meaningful religious experience, then use for religious ends would certainly be as legitimate as use to satisfy our physical cravings.]

Rambam, like many moderns, was also bothered by the institution of sacrifices, and stated that God had only commanded them as a concession to human weakness. In his Guide to the Perplexed (III:32), he states that God commanded them as a way of weaning the people away from idolatry. The people of that time would not have been able to worship God just by prayer, and could only conceive of sacrifices as a true form of worship, since that was how all of the pagan gods were worshiped. Thus, God moved them away from idolatry, and commanded that they redirect their worship – with sacrifices – to God.

Ramban rejects Rambam’s position, and demonstrates that sacrifices were a form of worshiping God even absent a context of idolatrous worship. Indeed, Kayin and Hevel offered sacrifices, as did Noah, and they were all acceptable and pleasing to God. In addition, it would be religiously offensive to suggest that the entire institution of sacrifices was not God’s true will:

His [Rambam’s] statements are preposterous. They “heal the great hurt superficially” and render “the table of the Lord disgusting” by limiting its use to placate the wicked and the foolish. But the Torah states that they are “… a sweet savor”…
(Commentary to Vayikra 1:9)

What then are their purpose? While Ramban indicates that their true meaning can only be understood based on Kabbalah, he gives a rational explanation as well. Focusing on the chatat, the sin offering, Ramban states that when a person sins he owes his life to God. The way to atone for this is to bring a surrogate – an animal. The person will identify with the animal and through the process of slaughtering the animal, sprinkling its blood, and offering up its innards, the person will see him or herself as if he or she underwent this same process. The person will take to heart how he or she has sinned against God, owes God his or her own life, and recognizes God’s mercy, that God has accepted this as a substitute. This will be a catalyst for teshuva, and thus the means of achieving atonement.

Ramban’s explanation is limited, however. It focuses on one sacrifice – the chatat – and on a negative emotional experience – the sense of death and destruction of life. Our parsha, in contrast, opens with the olah, the burnt offering, which is offered freely, not based on sin. And the words used suggest a more positive resonance. The sacrifice will be li’rzono, for his favor. And he shall be makriv, bring his sacrifice close. Indeed, the very word sacrifice, korban, comes from the word karev, which means to bring forward. It is the bringing forward of the animal to God, but also the bringing forward of oneself to God, the drawing close with God.

Let us also not forget that Vayikra follows Shemot, follows the construction of the Mishkan. The purpose of the Mishkan was veshakhanti bi’tokham, “and I – God – will dwell in their midst.” Shemot ended with this being fulfilled, with the Glory of God filling the Mishkan. The book of Vayikra, then, is what one does in the Mishkan, how one connects to this Presence of God. The sacrifices are clearly more than just a form of atonement. They are a primary form of connecting – they are the avoda,the act of worship of God.

How, then, are we to understand how such a bloody process can be an appropriate worship of God? The first step is to realize that we are far removed from a real connection to the natural, physical world. Not too long ago, when our great-grandparents wanted a chicken dinner, they would not go to the supermarket and buy a packaged chicken that had no smell and was immaculately clean. They would take a live chicken to the back yard, slaughter it, pluck it, gut it, clean it, and then cook it. Sacrifices were no more bloody or unusual then their everyday experiences.

Still, what were their purpose? It seems clear that sacrifices – animals, but also grain (remember that the first sacrifice in the world was that of Kayin’s – “the fruit of the ground”) – were the primary forms of wealth in those days. Not only were they valuable property, they were also the product of one’s own labor. People had a deep, personal connection to the flock that they had tended, and the crops that they had raised. By offering them to God, they were giving God the labor of their hands. They were recognizing that their wealth, and their labor, was in fact God’s gift. They were also, in this process, forging a deep connection to God. For what is a greater way to connect with someone that to give that thing which is most dear, most valued by you to that other? This is the meaning of the olah, the sacrifice that was fully burnt, and that was a free-will offering. It is the giving over of oneself fully, the giving back to God that which is God’s, the forging of a deep connection with God.

We, today, do not have sacrifices. But have we really successfully replaced them with prayer? Are we able to recreate this experience of giving over of that which is most important to us in the service of God? Are we able to act in way that we recognize that the fruit of our labor is really God’s, to give to God in a way that we give that which is most dear, and in so doing, forge a deep connection with God?

We need to ask ourselves what it is that is most dear to us. For many it is our time – the most precious commodity in today’s world. How much of our time do we dedicate to serving God? To prayer, to learning, to doing mitzvot? And it is not just time that is important, it is our effort and our work. When we work at something – be it growing crops, or working at computers, or providing legal advice or medical service – we feel invested and connected. If we do not have sacrifices to give to God, let us find ways to give our labor to God. To invest our energies in learning Torah, in working at a soup kitchen or a homeless shelter, in providing medical services to those in need, in helping build a shul, in providing hospitality for Shabbat, in volunteering at the chevra kadisha. 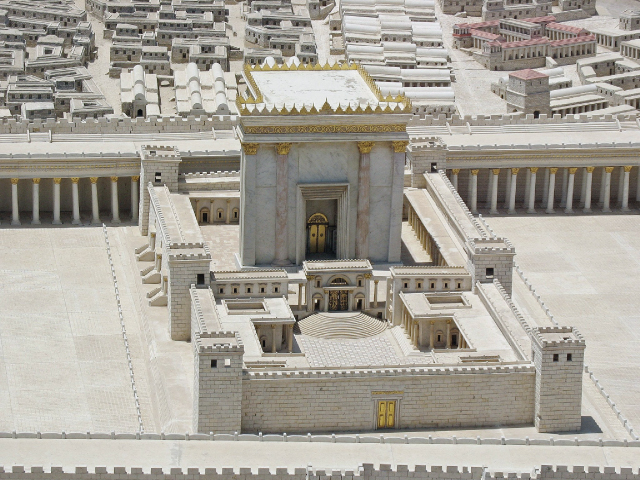