You are here: Home » Torah » The Problem with Perfection

The Problem with Perfection

When my son Netanel was a preschooler, he informed me that he was a member of a persecuted minority: he is left-handed. Discrimination is rampant, according to Netanel. In addition to the obvious—scissors, golf clubs, spiral notebooks—Netanel noticed something that had escaped his left-handed mother, his left-handed father, and his left-handed older brother. Netanel claimed that books have the pictures on the right hand page more often than on the left. In Netanel’s opinion, publishers, authors, and illustrators of children’s books should focus on a more equitable distribution of pictures, dividing them evenly on the left and right pages so that left-handed children do not feel bad.

This is no trivial battle for Netanel, for he is not only blessedly different in his left-handedness; he is a young man with other differences as well. He is different from his classmates because he is an observant Jew, and he is different from other young men in our community because he attends a private special education school rather than the local yeshiva day school. Netanel is keenly aware of these differences and quite sensitive to their implications.

Our world, where my sons need to learn to manage, is very different. When I look at our world through my sons’ eyes I think of the left-handed kohen. Now this southpaw kohen does not make an appearance in our Torah portion, but according to Tractate Bekhorot, he is lurking nearby.

Parashat Emor is a constant struggle for me. Let us grant—and as a feminist it is really hard for me to grant this—that, as the Torah was speaking to a patriarchal society, it is not surprising that the hereditary priesthood is passed from Aharon only to his sons and grandsons; daughters are never kohanim, only daughters of kohanim. I might even accept that there would be particular strictures placed upon those who were called to serve in God’s sanctuary, necessitating greater distance from death and its ensuing state of tumah, ritual impurity. After all, the Torah uses the root kadosh, holy, seven times at the beginning of the parsha to capture the special status of the kohen.

What I still have great difficulty with is that this increased need for kedusha translates into a rejection of Aharon’s male descendants with physical, often superficial differences, making them ineligible to do the service in the mishkan: “And God spoke to Moshe saying, Speak to Aharon saying: A man from among your seed for all generations who has a mum [usually translated as a “blemish”] may not approach to offer the food of his God” (Vayikra 21:16–17).

In Hilkhot Biat HaMikdash, Rambam lists 142 separate categories of mumim. There are fifty mumim that disqualify both kohanim from serving and animals from being brought as sacrifices, ninety mumim that disqualify kohanim alone, and two additional mumim which do not invalidate the service, but they don’t look good. The vast majority of these mumim concern physical appearance, and yes, left-handedness is a mum.

A braitta in Bekhorot 45b states, “Our Rabbis taught: One who is left-handed or left-footed is invalid to do the service. One who is ambidextrous, Rebbi invalidated but the Sages declared him fit.” Why is the lefty invalid? Rashi comments, “Left-footed? When he walks he lifts up his left leg first which is not the normal manner of people.” So what’s wrong with lefties? Simply put, most people are righties so lefties deviate from the norm. That’s it. And this is sufficient to invalidate a kohen from doing the service!
It’s not that I don’t understand this at all; I do. There is a great deal of pomp and circumstance in the mishkan. We know of the large quantities of gold used to construct the holy vessels, and the structure itself, though built of wooden boards, is completely covered by brocaded curtains so that only the curtains and the silver sockets underneath are visible. Kohanim are also vessels, in many ways no different than the menorah, the golden table, or the altar. And like the structure of the mishkan and the vessels inside, these living vessels demand symmetry: evenly matched, indistinguishable kohanim, like the six arms of the menorah or the twelve trays of the golden table. But when it comes to the human holy vessel, this aesthetic is pricey; it requires rejection.

As we read through the list of mumim disqualifying kohanim from the Temple service and the list of mumim disqualifying animals from being brought as sacrifices, we are struck by the overwhelming similarity of these lists, but there is an important difference. There is a term that appears a number of times in the animal blemishes but that does not appear in the kohen list. We are told that the animal needs to be tamim, which is usually translated as “perfect.” The word tamim is absent from the section dealing with human mumim; only the sacrificial animal is described as tamim. With all the emphasis on the disqualifying mumim, the kohen is still not mandated to be tamim.

When it comes to human beings and our service of God, we are asked to be tamim but in a very different sense. The Torah uses tamim in three different places: First, Noah is described as righteous, tamim, in his ways walking with God. Second, God tells Avram/Avraham: “I am the Lord Sha-d-d-ai, walk before me and be tamim” (Breishit 17:1). And third, after prohibiting us from consulting soothsayers and practitioners of witchcraft, we are told: “Be tamim with the Lord your God” (Devarim 18:13). In these cases, tamim clearly does not mean “to be without mum.”

So what does it mean to be tamim in one’s devotion or service to God? Ramban, connecting the passage in Devarim to God’s command to Avraham, tells us that it means to believe in God alone as omnipotent, or to paraphrase further, that we should believe in God’s perfection and God’s alone. We humans are not perfect beings; we have our flaws.We are to seek perfection in God alone.

In our communal life, our schools, and our shuls we are to be Godlike, but in the sense of imitating God’s qualities, not in the vain pursuit of perfection: humans see with the eyes, God sees the heart (Shmuel I 16:7). We need to see beyond what our eyes see and into the heart, into the preciousness of each soul. When we look at each other, we need to remember, “How precious is the human being who has been created in the image of God” (Avot 3:14).

Our service to God and our life as a community is enriched when we embrace all of our varieties. Perfection and flawlessness is for animals being brought upon the altar. We need to serve God in all our particulars. Only then can we form a community doing God’s will b’leivav shalem, with a whole heart. 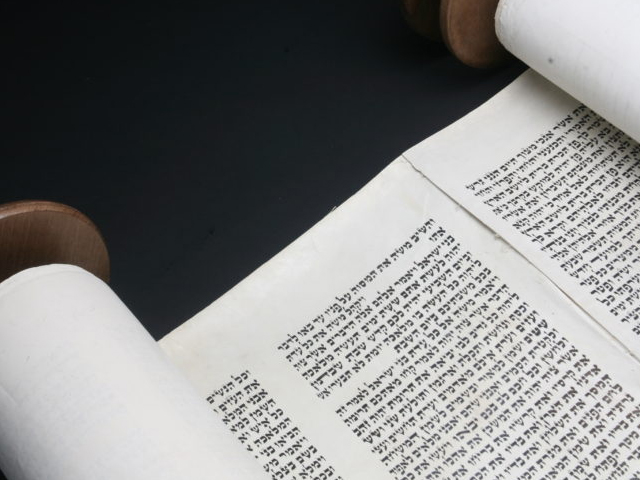 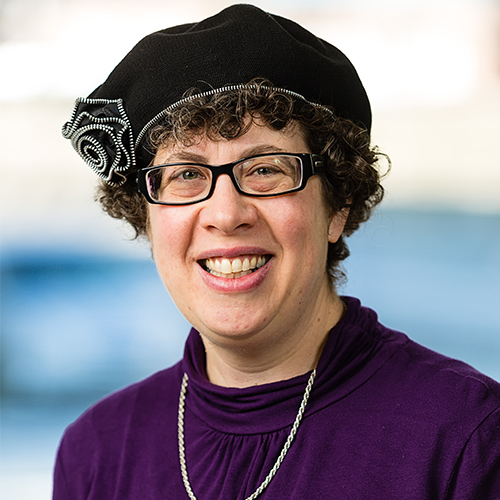 Devorah Zlochower has taught gemara and Halakha for over two decades. She served as Rosh Beit Midrash at Drisha Institute for over a decade where she taught gemara and Halakha and headed the full-time fellowship programs. She has also taught gemara at SAR High School in Riverdale, Yeshivat Maharat, and most recently, at Yeshivat Hadar where she was a senior faculty member. Devorah serves on the advisory board of JOFA and on the parent board of Aaron School, a special education school in Manhattan which her sons attend. Devorah’s writing and advocacy work has focused on religious feminism as well as on disabilities. She lives in Riverdale with her husband, Rabbi Dov Linzer, and their two teenage sons.