You are here: Home » Torah » Character, Fate, and Free Will

Character, Fate, and Free Will

In previous few parshiyot we have been exploring the character of the different protagonists in Breishit – Yaakov, Reuven, Yosef, and Yehuda. In this week’s parsha, VaYechi, which brings a close to the Yosef story and to the book of Breishit, we have an opportunity to explore the interplay between character, fate, and free will. How much does the character that one is born with determine whether he or she will be good or evil? Is it ever possible to change who we are, our essential character, and – if not – can we at least find a way to rise above our natural shortcomings?

We have already seen in the person of Yaakov that there are times when a person can – through challenging life experiences and through strength of will – truly change their character. How they can go from being a Yaakov to becoming a Yisrael. Even in such cases, one wonders if it is possible to fully leave one’s old self behind. Thus, we find that for the rest of Breishit Yaakov is referred to both as Yisrael and as Yaakov, perhaps a function of which aspect of his personality comes most to the fore in a given situation.

What is clear is that such complete transformations are extremely rare. It is close to impossible to fully – or even partially – change our character. As Rav Yisrael Salanter said: “It is easier to go through all of Shas than to change just one character trait.”

Most of the time drastic changes are beyond our reach. We know that there are certain parts of our character and personality that we would like to change but feel that we cannot. Some of these may be character traits that we were born with, some may be due to our environment and early life experiences, but right now they are a part of us, and we are stuck with them. In such cases, the key is not to try to disown a part of ourselves, but to consider how we can best channel and direct such traits to a good purpose:

R. Hanina b. Papa expounded: He [the angel who is in charge of conception] takes up the drop of semen and places it in the presence of the Holy One, blessed be He, saying, ‘Sovereign of the Universe, what shall be the fate of this drop? Shall it produce a strong man or a weak man, a wise man or a fool, a rich man or a poor man?’ Whereas ‘wicked man’ or ‘righteous one’ he does not say, as R. Hanina states. For R. Hanina stated: Everything is in the hands of Heaven except the fear of God.

Our genes and our environment may determine our physical strength, our intellectual abilities, even our character traits, but they do not determine what type of a person we will become. That is in our hands:

“He who is born under Mars will be a shedder of blood.” R. Ashi observed: Either a surgeon, a highway bandit, a ritual slaughterer, or a mohel. Rabbah said: I was born under Mars (and am none of these)! Abaye retorted: You too inflict [judicial] punishment and have people executed.

The Rabbis referred to the stars, we refer to our genes, but the point is the same – some part of who we are has been determined before we are born, but it is we who choose who we will become.

Nowhere does this play out more clearly than in the lives of Shimon and Levi and their descendants. Shimon and Levi were violent men, and, fueled by their righteous indignation over the rape of their sister, they had wiped out the city of Shechem. At the time, Yaakov was appalled at their actions, but only criticized their actions insofar as they endangered the family: “And Jacob said to Simeon and Levi, You have brought trouble on me to make me odious among the inhabitants of the land, among the Canaanites and the Perizzites; and I being few in number, they shall gather together against me, and slay me; and I shall be destroyed, I and my house.” (Breishit 34:31). It was only on his deathbed that Yaakov found the strength to criticize them for the immorality of the violence itself:

Simeon and Levi are brothers; instruments of cruelty are their swords. O my soul, do not come into their council; to their assembly, let my honor not be united; for in their anger they slew a man, and in their wanton will they lamed an ox. Cursed be their anger, for it was fierce; and their wrath, for it was cruel; I will divide them in Jacob, and scatter them inIsrael.

This curse – as were the blessings to the other brothers – sees their character as fixed, and possibly determinative for their descendants. Hence the punishment that will be visited on their descendants is also predetermined – ” I will divide them in Jacob, and scatter them in Israel” – and the portion of the tribe of Shimon, in the land of Israel, was scattered throughout the territory of Yehudah, and the tribe of Levi received no portion per se, only the cities of refuge, and were destined, as Rashi puts it, to “go roundabout to the threshing floors collecting their trumot and ma’asrot.”

While it may be that their violent nature was a fixed part of their character – consider the Rabbis’ statement that it was Shimon and Levi were the ones who hatched the plot against Yosef, and that Shimon was put in jail by Yosef to prevent him and Levi from destroying Mitzrayim – nevertheless, it was not their destiny. They could still choose, in the words of R. Ashi, whether to be a surgeon or a bandit, whether a mohel or a murderer. While Shimon chose the path of destruction, it was Levi who directed the trait of violence in the service of God. When Zimri, a prince of the tribe of Shimon, defied God’s and Moshe’s authority, flagrantly fornicating with a Midianite woman in front of the Mishkan and shattering any boundaries of decency, it was Pinchas, a kohen of the tribe of Levi, who rose up and – in his religious zeal – executed Zimri and brought an end to the plague. It was Pinchas who was able to use the trait of violence in the service of God.

Now, violence in the service of God is a very dangerous concept, especially in today’s reality of fundamentalist violence and terrorism. It is important to note that, in the case of Pinchas, it is doubtful whether the Pinchas acted, as the Rabbis would have it, based on his own zeal, or whether he was following the command of Moshe to the judges to execute – as a matter of law – those who had transgressed (Numbers 25:5). Even according to the Rabbis, such violent zealousness was to be discouraged and severely limited. Similarly, the revolt of the Maccabees, led by Matityahu, began with an act of religious zeal and violence against a Jew who offered a sacrifice to the Greek gods, in which Matityahu is explicitly compared to Pinchas (cf. Maccabees II, 2:26). While this act was the spark which started the revolt and ended in the miracle of Chanukah, it is interestingly absent from the Rabbinic literature. Violence in fighting against the occupying Seleucid Greeks was praised, whereas violence against those who transgressed was bracketed. Violence is a dangerous trait, especially when fueled by religious zeal, but sometimes it does prove necessary.

This trait, then, is a dangerous one, but for the most part the Levites learned how to use it correctly, and how to use it in the service of God. They followed Moshe’s call to defend God’s honor at Har Sinai after Israel had sinned with the Golden Calf, this time acting on direct order and in a judicial context, and – in theTemple- they became involved in the daily spilling of blood in the service of God- in the tamed and sublimated form of animal sacrifices. Thus we find that in the blessing of Moshe, the blessing of the tribes at the end of Devarim, Levi is blessed, while Shimon is passed over in silence. The tribe of Levi had redirected its character, and its curse was transformed into a blessing:

And of Levi he said, Let your Tummim and your Urim be with your pious one, whom you did test at Massah, and with whom you fought at the waters of Meribah; Who said to his father and to his mother, I have not seen him; nor did he acknowledge his brothers, nor knew his own children; for they have observed your word, and kept your covenant. They shall teach Jacob your judgments, and Israel your Torah; they shall put incense before you, and whole burnt sacrifice upon your altar.

Our future, its specifics, its meaning and its significance, is not fated, is not predetermined. It is what we make it to be. It can be a curse, or it can be a blessing.

And our traits are not who we are in our core essence. They are not our soul, they are not our identity. “‘Cursed is their wrath’ – Even when he criticized them, he only cursed their wrath [and not they themselves]” (Rashi, Breishit 49:7). People may have bad traits, but it is the traits, and how they are directed, that needs to be labeled as “bad.” As Jews, as parents, and as people working on our own self-improvement we need to believe that people – ourselves, our children, those we care about, all people – can always choose to be good. Their traits may be bad, their actions may be bad, but as long as we retain our belief in the potential goodness of every person, as long as we criticize the traits and not the person, we can hope for and work towards change. And if we cannot change our traits per se, at least we can find ways to direct them to the service of God, and to live up to the model of Levi, the tribe chosen by God to serve God in God’s Temple. 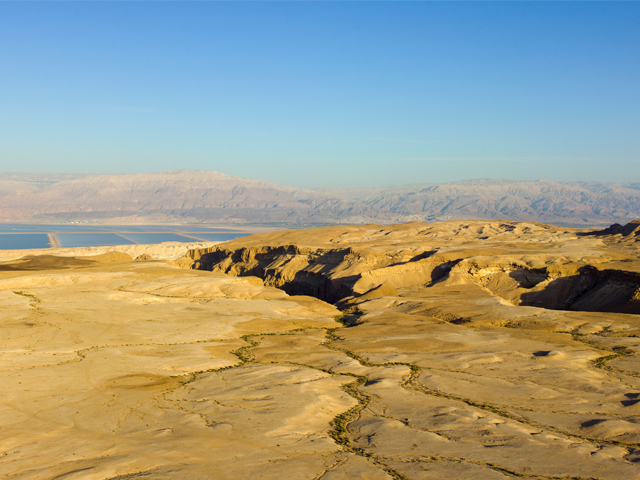