You are here: Home » Torah » Tzav – Two Perspectives on Korbanot

The beginning of parashat Tzav seems like almost an exact repeat of the beginning of parashat Vayikra.  Each parasha deals with the details and rituals of the different korbanot, and Tzav winds up seeming like merely a repeat of Vayikra. However, closer examination shows that while they deal with the same topics, they approach them from different perspectives.  Vayikra begins:

“Speak to the Children of Israel and say to them: If a person from among you offers a sacrifice to God…”  (Vayikra 1:2)

Tzav, however, begins as follows:

“Command Aharon and his sons saying: This is the law of the olah…”  (Vayikra 6:2)

When we look closely at the two parshiyot in an attempt to identify these differences, a number of things stand out.  First, the order is different.  In Vayikra the order of sacrifices is: olah (burnt offering), mincha (flour offering), shlamim (peace offering), chatat (sin offering), asham (guilt offering).   In Tzav, in contrast, the order is: olah, mincha, chatat, asham, shlamim.  The explanation for the different orders is now obvious:  what is most significant depends on whom is being addressed.

In Vayikra we are dealing with the owner’s perspective, the first list.  From this perspective, what matters most is what korban they are most likely to give and most interested in giving.  Now, the owner’s primary motivation for bringing a korban is, as we discussed last week, to give something meaningful to God.  This is first an olah, a freely offered animal, and then amincha, a freely offered flour offering.   The olah was more significant, because animals cost more, owners probably had a more personal connection to their animals than to their grain,  and perhaps most significantly because animals could serve to represent the very life of the owner, whereas a mincha only represented their food or their property.  Also, an olah was fully consumed on the altar, that is – symbolically given to God – whereas most of the mincha was eaten by the Kohanim, representatives of God, certainly, but still only representatives.

Next on the Vayikra list is the shlamim (peace or wellbeing offering). This was also freely given, but less of a full gift to God. The shlamim was shared between God and the owners.  The blood was put on the altar and the entrails were burnt, but the meat was eaten by the owners (with a portion given to the Kohanim).  While everyone gets something, it is lower on the list, either reflecting the owners’ hierarchy of what he or she normally is most interested in giving, or the Torah’s hierarchy of what he or she should prioritize in his giving.  Better to give a full gift than a shared gift.   Last on the list, of course, are the sin offerings.  Clearly, the owner would rather not be in those circumstances that obligate him or her to bring these offerings.

The list in Tzav, however, reflects the concerns of the Kohanim.  Olah andmincha still appear at the top, since those are the primary form of sacrifices.  Let us also remember that the altar is called the mizbach ha’olah, the altar of the burnt offering.  (see Shemot 30:28., 31:9; 35:16; 38:1; 40:6, 10, 29; and throughout Vayikra 4).   However, once we move beyond these two, the order changes.  The Kohanim’s primary interest is their portion in the sacrifices.  The top of this list is the chatat and asham, where they get to eat the entire animal, and only finally the shelamim, where the owner eats the entire animal and they only get a small portion.

The difference in the order of the two lists is just one of the differences between the two parshiyot, and a close reading of the two side-by-side will reveal other differences in emphasis and detail reflecting these two perspectives.  The primary lesson to draw from this is that when we are speaking to an audience – be it giving a lecture, teaching a class, or speaking to our children – the perspective of the listener is key.  What is important to us may be irrelevant to them.  This was a lesson that took time for me to learn as a teacher.   I remember when I was once giving a lunch-and-learn parasha class on the parasha of Bamidbar.  I spent a good 10 minutes discussing the different terms used for describing the directions of the compass in the Torah.  Then, in the middle of one of my erudite comments, a student interrupted me and said, “Rabbi, what does this have to do with my life?”   It is that question, or its appropriate variation, which I strive to address  whenever I am teaching: “Rabbi, what do I care about this material that you are presenting me?”

Sometimes, of course, the goal is to get them to care.  Even though the Kohanim had no meat from the olah, the Torah is telling them – this is what you must care about first and foremost.  But even then we have to get them to think about how to care, and good teaching is not only getting them to care, but about finding out what a student or child does care about and finding ways to connect to it.  We might have to tell over an entire parasha in a different way if we are addressing one type of class as opposed to another, or one child rather than the other.  Let us strive, in our lives, to always remember that question, “Why do I care?,” to remember that what is important to us might not be equally important to the person we are talking to, and to understand that it might be necessary to repeat something in an entirely different way if we want our message to be heard.  Necessary, and – as the Torah shows – well worth the effort. 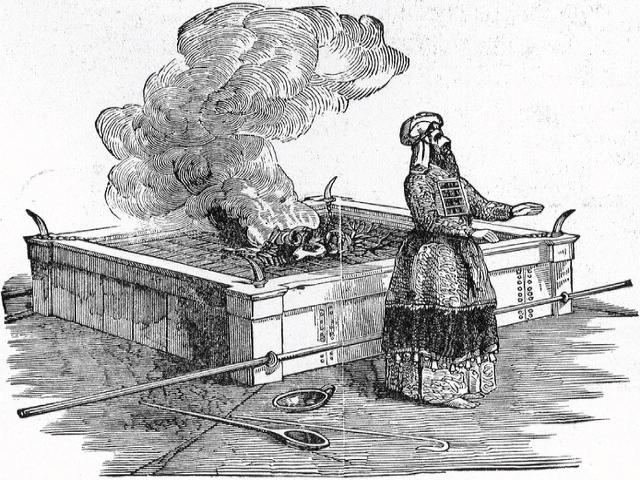