You are here: Home » Torah » To Declare and To Confess

To Declare and To Confess

Ki Tavo opens with two rituals: the bringing of the first fruit, the bikkurim, where one declares his gratitude for God’s goodness, and the dispensing of the tithes at the end of three years where one states that he has dispensed these tithes according to the law. Both of these rituals consist of the bringing of agricultural gifts and the recital of a declaration. Given these parallels, it is interesting and initially surprising to note that the Rabbis treated the two declarations quite differently. First, there is the naming. One is called a mikra, a recital. The other is called a viduy, a confessional. The mishna in Sotah teaches yet another difference:

The following are said in any language: … the viduy of the tithes…

The following are said only in Hebrew: the declaration of bikkurim…

While the viduy can be said in any language, the Bikkurim Declaration can only be said in Hebrew. These two differences parallel one another. A mikra, a recital, suggests a fixed, formal text, a text that should be said in the official language, Hebrew. In fact, mikra comes from the same root as kra, a verse, and actually suggests the reading of a verse, which would naturally be in Hebrew. A viduy, a confessional, on the other hand, suggest a personal declaration, something whose language, if not the very text itself, would not be fixed and would be expected to be in the reciter’s native language. While the text is fixed for viduy as well, the use of any language reflects the more personal nature of this recital.

An example of the first type is the feeling of gratitude that one experiences after a year of hard labor in the field has finally produced its first fruit. Each farmer’s struggles and challenges are different from his neighbor’s, each one is dealing with different quality and amount of land, different tools and farmhands, different infestations, and with different family dynamics and responsibilities. The feeling of gratitude here is very personal – it was his sweat and his prayers, with God’s help, that finally resulted in these fruit. Such a person comes to the Temple with this personal connection: “I declare today… that I have come to the land… and now, behold I have brought the first of the fruit which the Lord has given me.” (Devarim 26:3 and 10). The work that this person has to do is to find a way to connect his experience with the larger collective narrative. His blessing is a result of his hard work and his prayers, but it is also a result of a blessing that God has given, and a relationship that God has with, the entire People. Hence the first verse ends “… that I have come to the land which the Lord has sworn to our fathers to give to us.” And hence the narrative in the middle starts in the first person singular, but quickly proceeds to the first person plural: “A wandering Armenian was my father… and the Egyptians did evil unto us and afflicted us and placed upon us hard labor. And we cried out… and God took us out ofEgypt… and brought us to this land…” (ibid., verses 5-9). To the gratitude for God’s goodness to the individual has to be added the gratitude for God’s goodness to the People.

This same recital, however, also serves the opposite function when it is used in a different context. For it is this selection of verses that is used as the basis for the mitzvah of relating the story of the Exodus on the first night of Pesach. The challenge on that night is not to connect the personal to the collective, but the collective to the personal. That night is devoted to the retelling of the foundational story of the People. It – unlike the bringing of bikkurim – is done by the entire People at the same time. And it is a story that did not come from each individual’s personal experience, but rather from the past events that occurred to a nation. The challenge there is to find how to connect this national story to one’s own personal narrative. How does all of this relate to me? The Torah stresses the importance of giving this story a personal perspective: “And you shall tell your (sing.) child on that day saying, ‘It was for this that the Lord acted for me (sing.) when I left Egypt.” (Shemot 13:8). It is for this reason that we drop the personal declaration: “I declare today…” and start rather with our point of departure, the communal story. However, the mitzvah of this night is to tell the communal story and personalize it: doresh m’arami oved avi, one expounds from the verse: “A wandering Armenian was my father.” (Mishna Pesachim 10:4). The mitzvah here is not to “recite from ‘A wandering Armenian” (Mishna Bikkurim 3:6), but to expound. It is for each individual to discuss and interpret the verses, the story, in a way that makes sense to him or her, in a way that it connects to their own personal narrative.

And then there are times where the experience begins at the personal level and should remain at the personal level. A confession, a taking stock of oneself and one’s actions, is – both in process and substance -unique to each individual. It is also something that should remain private: “King David said: ‘Let not my sins be recorded, as it says, ‘Happy is he whose transgression is forgiven, whose sin is covered'” (Psalms 32:1; Yoma 86b). Publicizing one’s confession risks turning it into an exhibitionist act and a matter of public concern at a time when – both out of respect for the individual and to do the real work that is required – it should remain private and personal. Of course, one should never fully remove him or herself from the collective. After the hard work of confessing is done, one returns to acknowledging his or her place among the People and God’s relationship with the entire People: “Look down from your holy abode, from the Heaven, and bless your People, Israel, and the land that you have given us…” (Devarim 26:15).

It is because this experience is personal and private that a person can also take pride in his or her accomplishments: “I have listened to the voice of the Lord, my God. I have acted according to everything that You have commanded me” (Devarim 26:14). Why, in fact, is this called a confessional if a person is listing all of the good things he or she has done? The answer is that the process of confessing, the process of teshuva, does not just consist in our owning up to our sins and shortcomings. If a person only focuses on the bad, he can become laden with guilt and unable to move on. A person has to first give him or herself credit and recognition for the good, for the fact that he or she has “done everything (or most of the things) that You have commanded me.” This will give the person the strength to work on his sins and shortcomings, and the encouragement to further develop and act on these strengths in the future. And if a person is being deeply honest with himself, and therefore prepared to own up to both the good and the bad, then just as the person recognizes that he deserves to be punished for his sins, he is entitled to recognize that he deserves to be rewarded for all of his good deeds: “Look down… and bless your People, Israel.”

As we approach the period of saying selichot, where every day we make a recital of viduy, a confessional of our sins, let us take a moment’s pause to think about how to make this viduy a truly personal one. The liturgical viduy is a fixed text, written in Hebrew, written in the collective voice, and listing very generic sins. While some of our teshuva is a collective experience, perhaps particularly the confessionals that are done in the synagogue and as part of the repetition of the Amidah, let us make sure that we also find the time to do a personal viduy. Let us take the time to say a viduy in our own language, in the first person singular, listing our specific and particular shortcomings and sins. But if we are going to do this hard work, let us not forget to also do a viduy of all of our good deeds, our mitzvot, our accomplishments. By combining these two we will – with God’s help – have the strength to work on our shortcomings and the encouragement to build on our strengths. 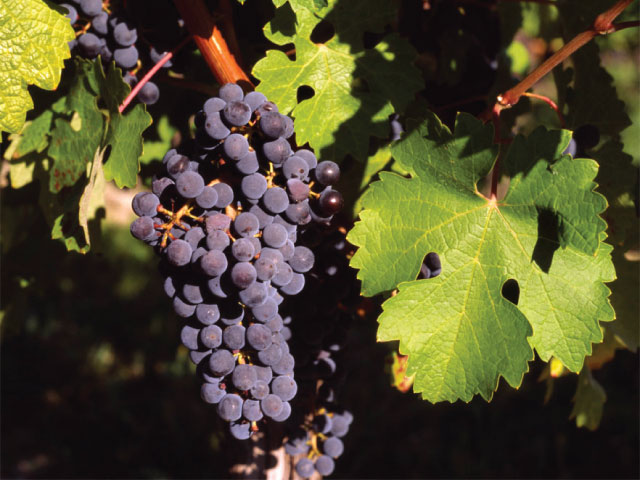