You are here: Home » Torah » Chosenness with a Universalist Impulse, Universalism with a Focus on Family

Chosenness with a Universalist Impulse, Universalism with a Focus on Family

After two failed attempts at directing humanity to a life of holiness and goodness, God, in Lekh Lekha, begins the grand experiment that will be the narrative of the entire Torah and the story of the People of Israel.   With the generations of Adam, God stepped back to see if human beings, having chosen to “know good and evil,” to think and choose for themselves, could choose for themselves a life of holiness.  The answer was a resounding “no”: “And God saw that great was the evil of man on the earth, and all the thoughts of his heart were only evil, the entire day”  (Breishit 6:5). So God tried again with Noach, introducing two key concepts: commandment and covenant. Now, with greater direction, with commandments about structuring a just society, and with a formalization of the relationship, a covenant, there was hope that human beings could stay within the straight and narrow.   But human beings, with their unrestrained ambition, their drive for power and fame, failed God once again: “Come, let us make for ourselves a city, with a tower whose head is in the sky, and make for ourselves a name…” (Breishit 11:4).

How can humankind be redeemed?  How can they be directed to a life of doing what is morally right and what is right in the eyes of God?   The answer is to start small.  God takes God’s universalist goals – and shrinks them down, engages in tzimtzum, and begins with one family, one person: Avraham.   Through a special relationship with this one person, with his family and his descendants, with an expansion of the commandments and an intensification of the covenant, will God’s name and God’s path be known to the world.   Abraham will lead by his example, his children will become a “light unto the nations,” and the world will – in the end of time – turn to God and be redeemed: ” All peoples on earth will be blessed through you” (Breishit 12:3).

There is a risk with this strategy, however.  For it is possible that this selection, this chosenness, will lead this Chosen People to devalue and dismiss the rest of humankind that is not so chosen.   There is a risk that chosenness will lead to sanctimony and self-satisfaction, rather than to obligation and mission.   So God doesn’t choose just anybody.  God chooses someone who has a powerful universalist impulse, someone who is always looking to, and calling out to, the larger world.  God chooses Avraham.  “… and he proclaimed the name of God” (Breishit 12:8), “… and he proclaimed the name of God” (13:4), “and he planted there an orchard and he proclaimed the name of God, Lord of the Universe” (21:33).   Avraham talked about God to anyone and to everyone, spreading the message, and hopefully – bit by bit – transforming the world.    This was a man who could be chosen, a man whose chosenness would heighten his sense of mission, who chosenness could transform not just him, but the world.

God’s work, however, was not done.  For while Abraham had the right universalist streak, he needed to himself learn the importance of tzimtzum.  He needed to understand the importance of a particularist focus, so as not to repeat the failed universalist attempt of the generations of Noach.  For if the audience is too big, the message gets lost.  If the teachings and traditions are not taught in the context of a family, so that they can be preserved, treasured and passed down from generation to generation, then they will not survive.  Avraham was a charismatic leader and teacher, a person who attracted hundreds of followers.   But one generation later, in the life of Yitzchak, all the followers have fallen away.  When the charismatic leader dies, how will his teachings and his message survive?   How does the message moved beyond charisma and become lasting?  By being institutionalized – in a religion, in a country, or – in this case – in a family and a People.  A strong family, with a sense of tradition, values, and cohesion, will keep the path alive from generation to generation:  “For I have chosen him, so that he may command his children and his house after him to observe the way of God, to do justice and righteousness” (Breishit 18:19).  The way of God is passed down “after him” through “his children and his house.”  This is why he was chosen, and this is what he must do, focus – at least for the time being – not on saving the world, but on educating his family.

God knows that this will be a learning curve for Avraham, so when God first calls Avraham, he plays to his strengths.  “Go from your land… And I will make you a great nation, and I will bless you, and I will make your name great… and all the nations of the Earth will be blessed on account of you.” (Breishit 12:2-3).  There is no mention of children, of family, only the promise of greatness, of fame, of becoming (through his followers?  through conquest?) a great nation.    Avraham’s greatness and fame will allow him to spread the name of God, and is perfectly fitting to his strength as a charismatic leader, and this command and this promise, so resonant with Avraham’s personality, motivate him to leave his home, to risk all, to serve God and to save humankind.   Now he must learn about family.

And so Avraham’s own tzimtzum begins.  He must first learn to reorder his own family structure.  For when he first follows God’s command, Lot is an equal member of the household alongside Sara, perhaps even more important than she: “And Avraham went as God had commanded him, and Lot went with him” (12:4).  Even when Sara is mentioned in this journey, it is not with any more prominence than Lot: “And Avraham took Sarei his wife and Lot his nephew…” (12:5).  It seems that Avraham, childless with a barren wife at the age of 75, had not really imagined that he would have his own children, and that Lot – whose father had died – had become Avraham’s intended heir.  This will need to be realigned.  So it is, after the event with Sara in Egypt, and after being lectured to by Pharaoh about the importance of one’s wife, that Sarei has moved to the center, and Lot to the periphery: “And Avraham went up from Egypt, he, and his wife, and all that they had and (then) Lot with him, towards the Negev” (13:2).  [This insight is taken from Leon Kass’ wonderful book “The Beginning of Wisdom: Reading Genesis”.]   It is thus also soon after this, that he and Lot part ways, and that – after giving up on Lot as an heir  – God promises him, unambiguously, a multitude of children (21:22).  He – Abraham – is not to spread out everywhere.  He is to invest in family and it is his children who will spread out across the world.

This pulling back from the entire world to focus on family, this tzimtzum which comes with chosenness and covenant, is perhaps central to the sign of the covenant – the brit milah.  The circumcision of the male organ as a sign of Jewish identity, a sign of a covenantal relationship with God, is often understood as representing a life of holiness, a life of control over one’s lusts and desires.  Another symbolism, however, may be at play.  For the male desire to spread one’s seed parallels the desire of a charismatic leader to spread his name and his fame throughout the world, to inseminate people’s minds and souls with his teachings.   However, such literal spreading of one’s seed is destructive to the structure of a family – witness the prior story of Hagar and Yishmael – and such a spreading of one’s message is often doomed to failure, for it lacks the structure to ensure its survival.  Avraham is thus told that to be in a covenant with God is to pull back, to control one’s more universalist or omnivorous desires.  Avraham must focus and invest in family, in his wife Sara, and in the son that will be born – as he is now told – from her.

Avraham is to take his passion, his ambition, his desire to spread God’s word to the entire world; and limit it, direct it, harness it.  In doing so, it will become all the more potent.  By keeping the covenant, by treasuring the unique relationship that his children will have with God and that he, then, must have with his family, he will succeed in teaching God’s path so that it will be kept, treasured, and passed down, until the time when it – never having lost its original universalist impulse  – can finally spread throughout the world.  It will be the success of God’s third and final attempt to redeem the world, a universalist goal achieved through particularist means: the covenant of Avraham becoming the covenant of all humankind. 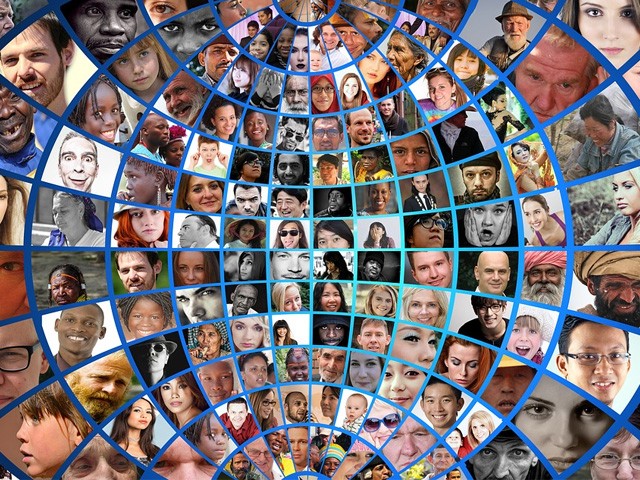