You are here: Home » Torah » I’ve Been Down So Long It Looks Like Up to Me

The beginning of the book of Shemot sees the Children of Israel enslaved, oppressed, and at the risk of decimation.  The foundation for their salvation is laid in the birth of Moshe, his being saved by Pharaoh’s daughter, and his venturing out to see the affliction of his brothers.   The pivotal moment, however, is when the people cry out and God decides to act: “And it was in those many days, that the king of Egypt died, and the Children of Israel groaned in their slavery and cried out and their cry for help from their slavery came up to God” (Shemot 2:23).   It is at this moment, when God remembers the covenant, that God appears to Moshe in the burning bush and gives him his charge to redeem the Children of Israel from bondage.

Why did God have to wait for their outcry?   Wasn’t the reality of their suffering bad enough to warrant God’s intervention?   And why did the people cry out only when Pharaoh died?  What changed at that moment?

The standard explanation as to why they groaned only then is that it was then that their servitude worsened.  Perhaps the new Pharaoh had promulgated even harsher edicts and innovated new forms of oppression, or perhaps the mere fact that their oppression was perpetuated from one Pharaoh to the next made it clear that there was no hope for change.  The Sfas Emes (R. Yehudah Aryeh Leib Alter, 1847–1905, the Rebbe of Gerer Chasidim) offers a radically different interpretation.  Their moaning, he says, quoting his grandfather, was not brought about by the loss of all hope, but rather by its first flickering:

It is possible, says the Sfas Emes, to be so immersed in a terrible state – what he refers to as “exile” – that one believes that what she is living is a normal existence.  If one cannot even imagine a different life, then the one’s current existence is seen as normal and therefore acceptable.  When Pharaoh died there was suddenly the possibility that things might change, and it was at this moment, when they could step outside of their current reality and envision an alternate life for themselves, that they truly felt the weight of their oppression.  It was at this moment that they moaned and cried out to God for salvation.

It was therefore also at this moment that God remembered the covenant.   The people certainly needed salvation earlier, but you cannot save people who do not want to be saved.  Only when they wanted to be saved would they be prepared to hear Moshe’s declaration in the name of God: “I have surely remembered you… and I will take you out from the affliction ofEgypt.”   Only because they were ready to hear that message, did the people immediately embrace it: “And the people believed, and they heard that God had remembered the children of Israel and that God saw their affliction…” (4:31).

This reaction was by no means a foregone conclusion.  Let us not forget that Moshe first resisted God’s mission saying that the people would not believe him.   Isn’t that strange?  Wouldn’t the people be eager to hear a message of salvation?  The answer is not necessarily.  Change can be scary; it casts one out of the familiar and into the unknown.   If one is not yet ready to be saved, one will seek comfort and protection in the current structure, no matter how oppressive.  The desire for security is so powerful that even when the people embraced hope, this desire, this impulse, remained present, lurking just below the surface.  At the moment that things begin to get worse, all the people want is to go back to their nice, familiar, and secure life of slavery: “Let God look upon you and judge” – said the foremen to Moshe and Aharon – “that you have caused us to stink in the eyes of Pharaoh and his servants, to put a sword in their hand to kill us” (5:21).

After having had their first flicker of hope, they were even more vulnerable than before.  When there hadn’t been hope, there was also no despair.  There lot in life was what it was.  But once Moshe had planted the seeds of hope, of possible redemption, they could no longer fully be at peace with their situation.  If this hope would be shattered, despondency and despair would follow.  Now they know that things could be different and yet it seems as though they will never be so.   Thus, when the Torah informs us at opening of VaEira that “they did not listen to Moshe because of the shortness of breath (kotzer ruach) and from the hard labor” (6:9), I do not believe that it is merely saying that the ongoing oppression made them deaf to Moshe’s message.  It is saying that their ruach, their spirit, was shortened.  It was no longer expansive.  It could no longer stretch out to embrace hope, to embrace a possible future.  They had risked hoping, only to be disappointed.  So in an act of self-preservation, they confined their spirit, they again attempted – now, with greater difficulty – to accept the reality of their slavery.

The Chasidic Masters teach that the redemption from Egypt is the root of all future redemptions, national and personal.  And, indeed, it is often the case that revolutions occur not when things are at their worst, but when the lot of the people begins to improve slightly and they can see a better life for themselves.  Of course, if revolutions do not succeed, for internal or external reasons, they can bring a great deal of suffering in their wake.

The same is true on the personal level.  Many people find themselves in a state of exile, in oppressive and untenable situations.  People with addictions, people in abusive relationships, people with clinical depression.  As long as they are deep in this state, they cannot even realize that they are in exile, that they need saving.  Then something happens to shock them, to wake them up.  Perhaps they were finally hospitalized because of their injuries one time too many.   Or perhaps someone – Moshe-like – brought a message to wake them up, staged an intervention to shock them out of their state.  Or, perhaps, there was a minor miracle, and the use of psychotropic drugs finally brought about a small lifting of their depression.

Now there is hope.  But now they are at their most vulnerable.  It is when the depression begins to lift that the suicide risk is the greatest, because it is then that one can see what life can be.  And when a woman tries to leave her abusive husband, but does not have the strength to see it through, it is exactly then that she is in the gravest danger.

What is needed now is perseverance, what is needed now is strength.  And what is needed is the support and encouragement of families and friends.  To stay the course, even in the face of upheaval, in order to reach the redemption at the end.  Without God sending Moshe back, again and again, the Children of Israel would have fallen back into their slavery and into despair.  Only with the ongoing prodding were they able to hold on to that initial hope, and help God help them bring about their redemption.  Let us always find the hope and the strength to help bring about the redemption of others, and our own redemption as well. 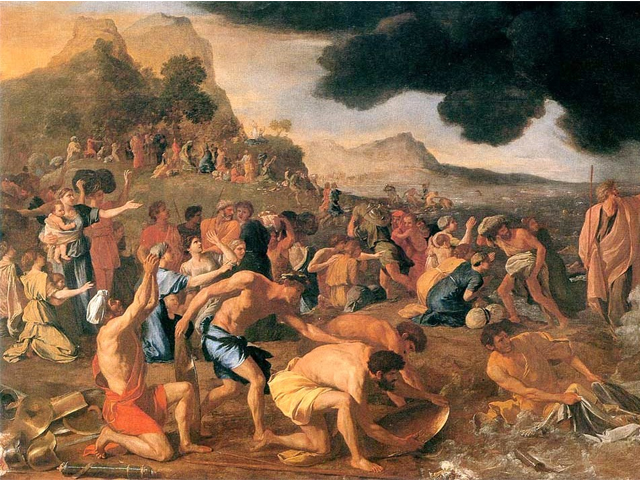