You are here: Home » Torah » One Step at a Time

One Step at a Time

When we read Parashat Shemini, we are in the middle of the counting of the Omer–a process of seven weeks of seven days–until we finally arrive at Shavuot.  This counting marks the time – in Rabbinic thought – from the Exodus to the revelation of God and the receiving of Torah at Har Sinai. Likewise, we find that a process of seven days was needed from the time that the Mishkan was built until God’s glory could descend and inhabit the Mishkan. Only after seven days of inauguration, with sacrifices and rituals repeated each day, do we come – in this week’s parasha – to the eighth day, yom ha’shimini, the day that the Mishkan became the place of God’s dwelling on this Earth.

In thinking about counting and process, it is interesting to contrast the yomim tovim of Pesach and Shavuot, which are linked by counting, to that of Sukkot, which has no counting, no process. This difference of counting is not just a question of what occurs between the yomim tovim, but also within the yom tov itself. We say a full Hallel on all the days of Sukkot, but not on the latter days of Pesach. The Gemara in Arakhin explains that the reason for this is that the sacrifices are all the same on each day of Pesach, but they are different on each day of Sukkot. What is the significance of this? What the Gemara seems to be saying is that on Sukkot each day is distinct, each days is its own chag. The Hallel that we said yesterday does not relate to today; today demands its own Hallel. Pesach, on the other hand, is not a period of seven distinct days, but rather a single, weeklong chag. As such, the Hallel that we said on the first day is the Hallel for the week. Once Hallel has been said for the week, there is no need to say a full Hallel for each day.

Why should Pesach and Sukkot be different in this respect? Because one represents a process, the other does not. Pesach is about a historical event, or rather, a historical process, one that begins with the Exodus from Egypt and culminates (at least at its first stage) with the Splitting of the Sea on the seventh day. Sukkot, on the other hand, is to remember that we dwelt in huts when we travelled through the desert and that God protected us each and every day. This is not a process, but a separate miracle that occurred each day, that was renewed each day. When we celebrate Sukkot, we acknowledge God’s protection of us, God’s presence in our lives, each and every day. Each day is distinct; each day demands its own Hallel.

Now this comparison seems to favor Sukkot. Every day is special! Every day is unique! And, indeed, the days of Sukkot, even following yom tov, are much more exciting than the latter days of Pesach. On Sukkot something seems to be happening every day – we sit in a sukkah, we take the lulav and esrog, each night there is a simchat beit ha’soeivah going on somewhere, we do a hoshana procession each day, and we even have a special day of Hoshana Rabbah at the end. And as for the last days of yom tov we have Shmini Atzeret with tfillat geshem, and then the big excitement of Simchat Torah that ends the chag. As to the latter days of Pesach – what do we have? Not much. After the seder, the rest of the chag seems anti-climactic. Even the last day of Pesach doesn’t have a name, doesn’t have its own identity, its own special rituals. It is just shvi’I shel Pesach, the seventh day of Pesach, the end of a process.

But while Sukkot is more exciting, while Sukkot has something happening each and every day, Pesach is actually going somewhere. Pesach gets us to the Splitting of the Sea, Pesach gets us to the Receiving of the Torah at Har Sinai. To achieve these goals, we can’t be jumping up and down and turning in a whirlwind. We have to actually be moving forward. One step follows the next, one day builds on the next. Seven days to get to the Sea, seven weeks of seven days to get the Torah.

Some people are always seeking excitement in their lives. They are looking for an experience that will stimulate their senses, that will be full of energy, that will give them a high. Such people can live very exciting lives, no doubt. But are they going anywhere with their lives? When one is seeking maximum excitement for each day, it can be hard to move forward. Moving forward requires planning, it requires laying a foundation, it requires planning how to build in a way that will last. It requires the often boring work of laying each brick on top of the previous one, so that, brick by brick, the building will finally be built and the goal will finally be reached.

It can be hard to have the patience to see such a process to completion. We want a high now! But that does not get us anywhere that is lasting and enduring.

This perhaps was the sin of Nadav and Avihu. Having experienced a vision of God at Har Sinai, they were seeking to recapture that experience, to re-achieve that spiritual high. Instead, what did they see as their future? More of the same. Before the Mishkan was inaugurated, it was seven days of bringing the same sacrifice, doing the same ritual over and over again.  And after the inauguration, it would be the same communal sacrifices, day after day. Put aside the fact that the seven days led to the eighth day, to the yom ha’shimini, where God’s glory appeared. They had no use for this long, drawn out process to get to where they were going. They have to have a way to get there now, to get there whenever they want, with or without preparation. It was a religious high for the moment, but it was doomed to failure.

One often hears the complaint, “I get nothing out of davening,” or “shul doesn’t do it for me.” If we think we can walk into shul or step up to davening with no preparation and have a meaningful religious experience, we are sadly mistaken. If we look for the shul to “do it for me” then it won’t. If, on the other hand, we come to shul after a serious internal process, after working with persistence on our davening, on our connecting to God, if we put in our own “seven days of mi’luim,” then we will be able to achieve our own yom ha’shimini, to connect meaningfully, to find God’s presence.

People who are seriously engaged in spiritual growth speak of a spiritual discipline. It is a serious process of gradual, incremental, but substantive growth. It stands in stark contrast to the mass-market spirituality that pervades our society.  Only with discipline, with process, can true growth be achieved.

The seven days from the building of the Mishkan until it was inaugurated, the seven weeks from the Exodus until we arrived at Har Sinai, were not necessarily filled with excitement each and every day. But they were leading somewhere. It is through such commitments, such processes, through small but substantive gains that build one day until the next, that we too can achieve true growth and reach our own personal Har Sinai. 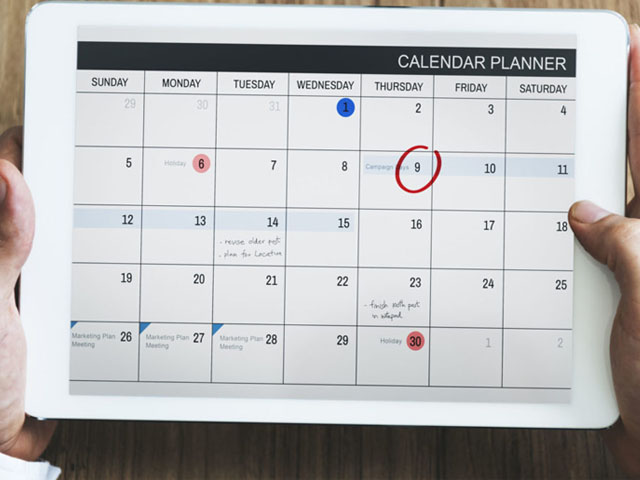