At the moment of the exodus from Egypt, the Torah presents us with a picture of a strong, empowered and confident people ready to take on all comers: “And the Children of Israel went out with an uplifted hand.” (14:8). And yet throughout our parasha the people demonstrate a very different character time and again: fearful, needy and dependent. It seems that this initial display of confidence and strength is somewhat illusory and that time was needed for it to become an internalized reality.

The Torah reflects this concern, telling us that they were led away from the land of Plishtim, “lest the people repent when they see war and return to Egypt” (13:17). When faced with real war, the Torah is saying, it is likely that the image of the people as the “Lord’s armies” (12:41, 51), who left Egypt “girded with weapons” (13:18) and “with an outstretched arm,” will fall away, and the people will revert to type. They will become dependent slaves who need the security and protection of their overlords.

Much of this will indeed happen when war with Pharaoh’s armies does come. But according to the Rabbis, God tells the people to go back to Egypt before they even have a chance to demand it themselves. For the people were told to return to Pi haChirot, identified by the Rabbis as Pitom, the city of their oppression and slavery. Here’s how Mechilta describes the events:

Moshe said to them: “Return backwards.” Once the horn was sounded to return, those who lacked faith began to tear their hair and rend their garments, until Moshe said to them, “From God it has been told to me that you are a free people.” Therefore it says, “They shall return and encamp by Pi haChirot (the opening of freedom).” (Mechilta of Rabbi Yishmael, 14:1)

This act of returning is actually the beginning of Israel’s process to establish themselves as a free people. The first step in dealing with one’s fears is to confront them. As long as the people were running away, there would always be a fear that they could be dragged back to Egypt, either by the might of Pharaoh or by the weakness of their own will. The only way the people could free themselves was to stop running, to turn around and face their fears.

If the people turn back to Egypt because they have lost faith, then they will return as slaves, slaves to their weaknesses and to their lesser selves. They must learn how to turn toward Egypt through faith in God and in themselves, in their own inner strengths and resources. This will allow them to look without fear at those powerful forces that have controlled their lives, to look at those forces and to face them down.

Not all types of faith can achieve this. There is a faith of dependency and a faith of empowerment. With the Egyptians advancing, Moshe cries out to God. What is God’s response? “And God said to Moshe, mah tizak a’lie, why do you cry out to Me? Speak to the Children of Israel that they go forward” (14:15). Why, ask the commentators, is Moshe being criticized for praying to God? Isn’t that what one is supposed to do at a time of distress?

Yes, one needs to cry out to God, but one cannot become stuck in this state of dependency. Li’tzok li, to cry out to, indicates a turning to God or someone in power from a state of distress and helplessness, beseeching salvation from above. A prime example of this is the case of one who oppresses the orphan and the widow. The Torah tells us that the orphan and the widow, having no protector and unable to defend themselves, will cry out (tza’ok yitzak) to God, and God will save them (22:22, 26). In fact, the entire salvation from Egypt began like this. After the death of the first pharaoh, the Children of Israel cry out from the midst of their despair, and God hears their cries (tza’akatam) and comes to save them (2:23; 3:7,9).

Crying out, then, emerges from a state of helplessness, and reinforces a relationship of dependency. When this dependency is on God, then it is of great religious value, for we must recognize that all that we have comes from God. It is God that we turn to in thanks, and it is God that we turn to in times of need. But when this dependency exists on its own, it can cultivate a diminished sense of oneself, of one’s potential and abilities. It can also lead to withdrawal from the world and a shirking of one’s moral and religious responsibilities. When someone is sick, we don’t just pray; we must do everything in our power to heal the person.

The people need more than a faith in God that mimics the dependency they had on their Egyptian masters, one that amounts to little more than waiting to be saved from above. This was their default state, the one to which they will return time and again throughout their travels in the Wilderness.

And so it was upon seeing the advancing armies of Pharaoh. The people’s first response was to do what came naturally: they cried out to God (14:11). But what followed was not strengthened faith; it was loss of faith. “What is this that you have done to take us out of Egypt?… It is better for us to serve Egypt than to die in the desert.” Crying out to God, taken by itself and in the absence of any concrete solution, can breed fear and despondency. People need not only to pray, but also to do.

Moshe’s response did not help: “Do not fear. Stand still and see the salvation of God… God will fight for you, and you will be silent.” (14:13-14). But telling people to have faith does not give them faith! And having the people stand and be silent – ordering them to do absolutely nothing – disempowers them, entrenches fear, and can even undermine the faith that one is trying to instill.

This is God’s response to Moshe. Moshe, why are you crying out, and why are you, Moshe, reinforcing people’s behavior of crying out? This is not the faith that is needed now. The people do not need a faith of prayer but one of action.

This point is made succinctly by Rav Nachman of Breslov: “When one cries out to God, he is told to move forward, as it says: ‘Why do you cry out to Me? Speak to the Children of Israel that they move forward.'” (Likutei Moharan, 198). One does not cry out and stand still. One turns to God, expresses and internalizes his or her reliance on God, and then acts with faith in God and in oneself, faith in one’s own abilities to meet challenges, to intuit a sense of God’s will, and to translate this into action. One cries out not as a slave, but as someone who is free.

It is this type of faith that the Rabbis were illustrating in the famous midrash of Nachshon ben Aminadav’s jump into the unsplit sea. Their point is clear: if God says something is going to happen, you don’t stand quietly by and wait for it; you take a leap. Not only a leap of faith, but also a leap of action. This is the faith of Yehudah, the forebearer of Nachshon ben Aminadav. It is a faith by which one says, “it is up to me to make it happen.” Or to paraphrase a saying attributed to Ghandi: “Be the faith you want to see in the world.”

Sefat Emet (Pesach, 5631) makes a similar point. He states that it was the Exodus from Egypt which came fully from God that laid the foundation for the Splitting of the Sea, which came through the merits and actions of the people. For a redemption that comes just from God takes one out of Egypt but does not result in true freedom. It is only a redemption that comes through one’s own actions, built on a faith in God, which can free a person from all oppression and enslavement. It is only this that can make a person truly free.

This was the faith that the people showed in the war against Amalek. They did not do as initially feared; they did not turn about and head back to Egypt. For the first time in their journey, they did not lose faith and complain when they encountered hardship. There was no tza’akah, no crying out. For this time, they were not told to stand quietly by, but to act. Moshe lifted his hands and Yehoshua led the people into war. The people’s eyes were directed upward to God at the same that they were directed forward to meet the enemy. This was the faith not of fear, but of facing one’s fear. This was the faith of a free people. 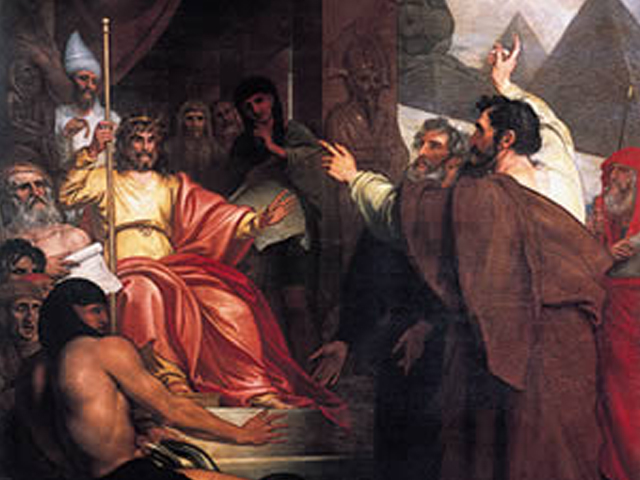 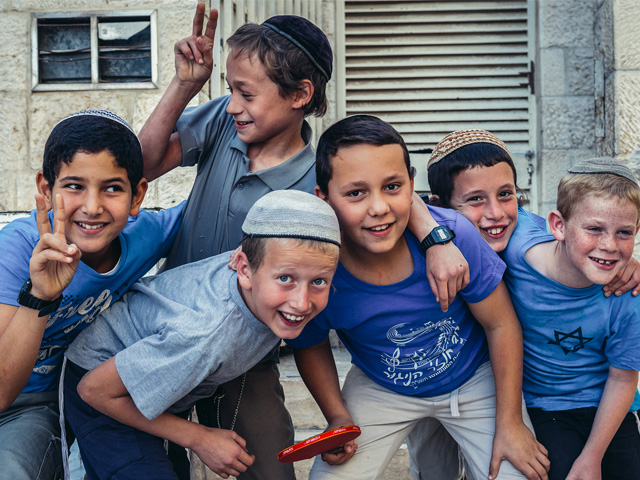