You are here: Home » Torah » Breishit: A Story of Growing Up

Breishit: A Story of Growing Up

When the world was freshly minted and created, we heard the refrain with each act of creation, “And God saw that it was good,” and that the world as a whole was “exceedingly good.” Then, humans came and made a mess of everything, and a different refrain is heard: And God saw “massive was the evil of man on the earth, and all the thoughts of his heart were only evil the entire day” (Bereishit 6:5). How did we get to this stage? How did man bring evil – in his heart and in his actions – to the earth that God had made. Undoubtedly, this is the result of eating of the Tree of Knowledge of Good and Evil. Man now knows evil, and as a result, evil has entered into the world. So God starts again. God wipes out the entire world and preserves only Noach, hoping that this time humans will choose the good. All of this, because of the tree.

What was the knowledge that the tree imparted and how did it introduce evil into the world? There are those that say that the eating from the tree gave humans free choice, gave them the ability to choose between good and evil. But if this is the case, if they did not have this ability prior, how could they have chosen to eat from the tree, and how could they have been held accountable? A more satisfying explanation is the one offered by Rav Shimshon Raphael Hirsch and, more recently, the philosopher Michael Wyschograd. Rav Hirsch explains that the tree did not give them the ability to choose, it gave them the ability to know, that is, to judge. Until they ate from the tree, they only knew of God’s definition of right and wrong. They could violate God’s commandment, but with the clear knowledge that they were doing something wrong.

We, of course, make choices all the time that we know are wrong: Cheating on our diet, speaking lashon hara, and the like. These bad choices come from weakness of will, what Greek philosophy terms akrasia. This is the source of much wrongdoing. But it is not the only source. For when humans ate from the tree, they began, for themselves, to determine what is good and what is bad. They gained not moral choice, but moral judgment, an ethical sensibility. Now, not only could they choose to disobey, but they might also decide that what God has determined to be bad is, in their eyes, good. They could do wrong, thinking that it was good.

The Biblical verses bear out this interpretation. We are told, not only by the snake, but by God as well, that the tree will make the humans “like God.” What is it that we know about God so far in the narrative? We know that God creates. We also know that God assesses and makes judgments. “And God saw that it was good.” And what do we hear as soon as the woman chooses to eat from the tree, “And the woman saw that it was good…” (Bereishit 3:6). The tree has made them like God. Man and woman will from this day forward see, for themselves, whether something is good or evil. They will make their own moral decisions.

And what is wrong with that? According to Hirsch, what is wrong is that the moral decisions of humans will, oftentimes, be incorrect. We are not omniscient. We have our own drives, lusts, and self-interest. What about the tree did the woman see that was good? She saw “that it was good for eating, and that it was pleasant to the eyes, and desirous for gaining wisdom.” It is good from a self-interested perspective, from a perspective of satisfying desires, but not from a moral perspective. For Hirsch, the problem is that we might decide that something is good, when it is, in fact, bad.

Wyschograd goes one step further. He states that even were we to judge correctly, there is a sin in making the judgment ourselves, in being independent moral agents. If we are to be in a truly faithful relationship with God, then only God should define what is good and what is bad. To judge other than God, even if we choose in the end to obey, is to have left the Garden of Eden, to have left a perfect relationship with God.

Read this way, the narrative of the first two parshiyot of the Torah is one of a fallen humankind. How much better would it have been had we never eaten from the tree, had we not known of good and evil, had we never become independent moral agents. But… really? Is this how we think of our own humanness? Don’t we feel that in not having the ability to make moral judgments we are giving up a very central part of what it means to be human, of the value of being human?

Rather than seeing the eating from the tree as a “fall,” Nechama Leibowitz offers a different explanation of this newfound state. Isn’t it odd, she asks, that God has placed such an irresistible temptation in front of Adam and Eve? Imagine a parent saying to a child: “I am leaving some delicious candies right here in the center of the table – you can’t miss them – they are really delicious, and they will make you feel like an adult – but don’t eat them. I’m only going to be gone 5 minutes. Bye.” Is there really any question what the child will do?

The sin of the first man and woman was inevitable. It was a necessary act of becoming independent, of growing up. Adam and Eve had been living like children – everything was provided, all decisions and rules were made for them, all they had to do was obey the rules. But this is not the life of an adult. And to become independent, to leave the home, inevitably some rebellion, rejection, statement of separateness will have to take place. The sin was an act of individuation, it was what allowed Adam and Eve to become adults, but it forced them to leave home, where everything was perfect and taken care of for them. Now they would have to go it on their own.

And when our children leave home, we want them to think for themselves. We want them to make their own judgments, their own decisions. Just one thing. We want those decisions to be the same ones we would have made. This will be the challenge for humans from here on in. As independent moral agents, we can make judgments, decisions, that are not as God would have us choose. But the other side of the coin is that as independent moral agents, we bring something important into our relationship with God. We bring our own thoughts, ideas, and judgments. Many of them may be bad and misguided, but some will be good, worthwhile suggestions and contributions.

The first generations after the sin tell the story of how easy it is for this independence to lead us astray. Left totally to our own devices, we will make one wrong decision after another, we will turn “good” into “bad.” We continue to see, to judge, but to see wrongly, and to act wrongly. “The sons of elohim saw the daughters of men that they were beautiful; and they took as wives all those whom they chose” (Bereishit 6:2). We have what to contribute, but for this relationship to succeed, we will need more guidance. And thus, when God starts the world all over again, God formalizes our relationship and God gives us  the needed guidance. God makes a covenant, a brit, and God gives commandments. With these clear directives, with a relationship built on brit and mitzvot, it is hoped that humans, if they act like responsible adults, will be able to take a world that is good, and to build it.

This is the complicated and complex reality in which we live as humans in a relationship with God. Even with a covenant, even with commandments, we can continue to see, to judge and to choose wrongly: “And Ham, the father of Canaan, saw the nakedness of his father, and told his two brothers outside” (Bereishit 9:22). Of course, because we can now think and make decisions for ourselves, it is also possible that we can introduce something new, something that God has not commanded, but that is nevertheless good: “And Noah built an altar to the Lord …  And the Lord smelled the pleasing odor…” (Bereishit 8:20-21).

Consider the greatest religious leader, Moshe. In the last verse of the Torah we are told that no prophet has ever arisen in Israel like Moshe, “for all that mighty hand, and in all the great and awesome deeds which Moses performed in the sight of all Israel” (Devarim 34:12). This verse extols Moshe as the faithful conduit of God’s mighty hand and awesome deeds, as the perfect vessel for God’s mission. Rashi, however, turns this verse on its head: “In the sight of all Israel – that his heart carried him to break the tablets… and God approved of this decision, as it says, “which you have broken,” i.e., strength to you for having broken them!” The last image of Moshe that Rashi leaves us with is that of a leader who used his own judgment to act radically and decisively, not in violation of God’s command, but certainly without God’s explicit command. Here was a different type of seeing, a good type of seeing: “And Moshe saw the calf and the dancing… and he cast from his hands the tablets” (Shemot  32:19). And it was this act that was exactly what was needed at this moment. “Strength to you for having broken them.” 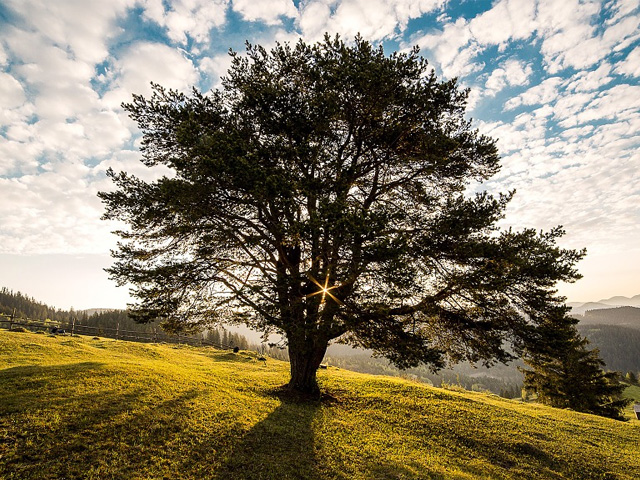