You are here: Home » Torah » From Promise to Practice

From Promise to Practice

During the events of the Giving of the Torah, the Children of Israel have been pretty passive. When asked for their assent to the Torah before and after it was given they responded, “We will do.” and they participated in a ceremony marking their covenant with God. But they had not yet had a chance to do anything to demonstrate their commitment in practice.

That all changes in this week’s parasha, which opens with a focus on the doing: “Speak to the Children of Israel, and they shall take for me an offering … And they shall make for Me a sanctuary, and I will dwell in their midst” (Shemot, 25:2,8). This phrasing carries through the rest of the parasha, opening each new section:

The opportunity to do was enthusiastically embraced. Donations poured in from all people: men and women, laity and leaders. When it came to actually doing the work, everyone brought his or her special talents to the enterprise. Moshe selected Betzalel, Ahaliav, and all those who are blessed with the ability “to do all manner of work, of the engraver, of the craftsman of the embroiderer … and of the weaver” (35:35). And not only men got involved, but women as well: “And all the women who were wise-hearted spun [wool] with their hands … and those who were wise-hearted spun the goat’s hair” (35:25-26). It is a flurry of activity. The people could finally do, and they did with passion and zest.

The importance of all of this doing is twofold. First, it is the translation of the commands and the covenant into the real world. It is one thing to make a commitment; it is another to act on it. Such action is not only evidence of the sincerity of our commitment; it is its reification and its embodiment. To be in a covenant with God is to act on that covenant, and such action is transformative. It reinforces and internalizes our convictions so that they become real to us on the experiential level. We identify with it – the action and the commitment – and we own it.

This translation of commitment to action is nicely reflected in the custom to begin building our sukkah as soon as Yom Kippur comes to an end. At this moment, we have just spent an entire day – or, ideally, a period of ten days or even forty days – in the process of repentance, of drawing close to God, committing to be better Jews, better people, in the future. If we do nothing at this point, all of the work, while heartfelt and sincere, will evaporate and be as transitory as the day itself. If we want it to be real we must act upon it, taking that newfound passion and translating it into action in the world.

Let us not forget that the sukkah is itself a tabernacle, a type of a mishkan, a place where we remember God’s protection and feel God’s presence, and that Yom Kippur is the day that Moshe brought down the tablets for the second time. This custom, then, is a reenacting of the building of the tabernacle that followed the second giving of the Torah. Building the sukkah – building the mishkan – is taking our connection to God and finding concrete ways to bring it into the world. It is about creating a space in which God’s presence can be felt and may dwell within the people and the world. It is the covenant made real.

But this action is important in another way. For the ability to act is also the ability to bring the wholeness of ourselves, our talents and our personality, into the world and into the service of God. We see in Terumah and in the parshiyot that follow an emphasis on people’s artistic ability, their craftsmanship and creativity. And we see it put to religious use as a way of connecting to God and serving God.

This may be very different from our familiar Judaism. The Judaism many of us grew up with taught that one’s religious expression, outside of the observance of mitzvot, was to be found in the beit midrash, in the intellectual realm of Torah study. That was where one’s passions should be directed and where one might engage their personality and creativity. Sometimes – particularly for women – doing acts of chesed is presented as an alternative to Torah study. But that’s about it; that’s how one brings his or her passion to the service of God. For some people that works beautifully, but it does not work well for everyone. Many people’s creativity and talents lie elsewhere: in music, art, poetry, building, or engineering. But it is rare that such people are given the opportunity to bring their creativity, the fullness of their selves, into the service of God.

It has not always been this way. The Middle Ages saw great rabbinic figures writing religious – and even romantic! – poetry. There has been Jewish art, Jewish illuminated manuscripts, and Jewish music throughout the ages, but society that have encouraged these other creative areas as forms of religious expression have been rare. How many children over the last 2,000 years grew up dreaming of becoming a Jewish artist or a Jewish musician? How many communities have seen the flurry of creative activity we saw when the mishkan was being built? The answer, of course, is very few.

Things are improving. Over the last few generations, and especially in the last decade, we have seen an explosion of Jewish religious creativity taking place in Israel. In a society where religion and Jewish identity is part of the very warp and woof of daily life, where there are so many possible spheres of religious and creative activity, where creative endeavors can be part of a larger community and not just individual pursuits, in such a society, religious creative expression can truly begin to flourish, and it has.

In a particularly moving passage in Adar HaYakar (30-33), Rav Kook critiques the Judaism of the exile, where religious expression had been so limited, so enervated:

If the religious abundance of Israel were to come to the world at a time when the nation was living in the fullness of its natural state that suffused its inner soul, then it never would have accepted upon itself the religious character of those nations that most of our people have lived among, that dark, morose character, that shrivels life and shrinks the soul…

“And you shall love the Lord your God with all your heart” – which the Rabbis have interpreted to mean “with your two inclinations (your evil inclination – your passions – and your good inclination), (Berakhot 54a) was not able to be fulfilled in its fullest sense…

He concludes with the wish that this might be reversed in the current State of Israel:

If so, this is the obligation of Israel now, at the time when the desire of the nation has bestirred itself to renew its national energies: to inhale once again, anew, the power of the original divine abundance, that until now has only come to the world in a weak and diminished state and in opposition to life – to inhale it with a soul that is strong, courageous and life-affirming…

This is what it means to translate thought into action, commitment into deed, and to build a place for God in this world. But to build such a place, we need to engage all our talents and abilities; we must engage our entire selves. Perhaps the reason religion does not speak to so many people is that we have so narrowed the scope of what religious action is and can be. If we can remember how many chapters and verses the Torah devotes to the building of the mishkan, then we can hopefully begin to expand our definition of what it means to serve God, what it means to do for God. Let us pray that the creative flourishing that has begun continues to grow and spread so that the entirety of each person, and the entirety of our people, can work to create space for God in this world. 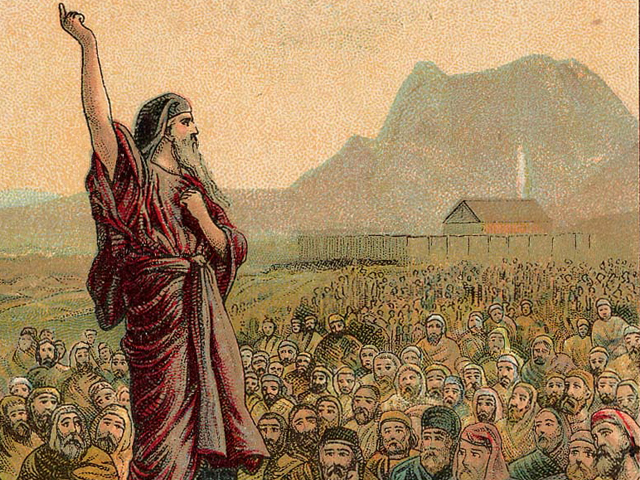