You are here: Home » Torah » Are Patients Still People?

The Torah spends a great deal of time addressing the phenomenon of tzara’at, spots on the skin that can render a person ritually impure. A person with such a spot needs to have it inspected by a kohen to determine if it is indeed tzara’at, and if it meets certain criteria, the kohen will declare the person impure.

In contrast to the active role of the kohen, the person with the spot is described in fully passive terms. Indeed, a close reading of the verses shows them to have been reduced to an object of scrutiny for the kohen. Consider: “A person, when there is on his skin a spot….shall be brought to Aharon the kohen or one of his sons the kohanim” (Vayikra 13:2). The person here is not a subject, a person with a condition, but rather, the object upon which the spot appeared. The person is also not choosing to go to the kohen or even going himself. He is rather brought by some unnamed others to the kohen. He—or perhaps just his skin or just the spot—is a thing to be brought to the kohen for the kohen’s scrutiny.

This objectification continues in the next verse: “v’ra’ahu HaKohen vi’ti’mei oto,” “and the kohen will see it/him and impurify it/him” (13:3). What or who is being seen and declared impure? The grammar is unclear: it could be that the kohen is seeing the spot and declaring it impure, or seeing the person and declaring him impure, or seeing the spot and declaring the person impure. All of these possibilities exist in various English translations. The message, however, is the same: at this stage the person and his spot are more or less interchangeable. He is his condition, and that is how he is being seen by the kohen.

This implicit framing runs throughout the parasha. The person is always brought to the kohen, never coming on his own (see 13:9, 18), and the kohen is always looking at the spot, not at the person. The only time the person appears active, even if ever so briefly, is in verse 13:16: “If the healthy flesh once again turns to white, then he shall come to the kohen….and the kohen will purify the spot, he is pure.” When there is a chance of recovery, of no longer being a patient, the person becomes an actor and approaches the kohen on his own.

What the Torah is describing here is a sad, if perhaps necessary, consequence of the doctor-patient relationship. For a doctor to be fully objective in carefully weighing the evidence in front of her, she has to bracket the humanity of the person. She has to objectify the patient and focus on the symptoms as they present themselves in order to render the best medical judgment. Medical research as we understand it would be unthinkable without objectification. It is a necessary, professional standard of good science. The alternative—drifting in a sea of anecdotes—would yield few useful results.

That’s the positive side, but objectification is no fun at the receiving end. How many small indignities do people suffer as soon as they go to a hospital, having small pieces of their identity stripped away? Patients suddenly stop being “Mr. So-and-so,” “Mrs. So-and-so,” or “Dr. So-and-so” and become Jon, Ellen, and Fred while the doctors retain their professional identities and titles.

In the past, this sort of objectification has even led to real abuses. As one writer explains:

…pregnant women in early-twentieth-century Germany were….paraded naked in front of a whole auditorium full of observers while in labor. American obstetrics was no better: Women were strapped down while in labor and knocked out, whether they wanted it or not.

In a similar, but less extreme way, the person with tzara’at is objectified. He loses his personhood, becomes an object, is subject to procedures and requirements that are placed on him, and only regains his humanity when he starts to become pure.

His return to personhood is brought out strikingly when one compares the end of Parashat Tazria to the beginning of Metzorah. Tazria ends: “This is the law of the spot of tzara’at;” it is the laws of spots, not of people (13:59). In contrast, Metzorah opens: “This is the law of the metzorah on the day that he becomes pure” (14:2). No longer are we dealing with the spot, the disease, but rather with the metzorah, the person. Here he is beginning to become better, to regain his agency, but for the time being he still remains in current, disempowered state.  The same verse thus goes on to say, “and he shall be brought to the kohen.”  This changes once the kohen determines that he has been healed.  At this stage, the person becomes a full actor: “And the kohen shall command to take for the one who is purifying himself…” (14:5). He is not being purified; he is purifying himself. And finally, “And the one who is purifying himself shall launder his clothes, and shall shave his hair, and shall bathe in water, and shall be pure, and then he shall come into the camp” (14:8). He has once again become a person and an actor, and is now actively involved in his recovery and reentry into society.

The Torah is describing the somewhat inevitable objectification that occurs in a patient-doctor relationship. But can this situation be rectified? Can we retain the objectification necessary for good medicine and good science without losing the humanity of the person in the process? In contemporary medicine, there have been some improvements in this area. According to one observer from within the medical field:

Over the past 40 years, under pressure from consumer advocates, feminists, and [others], medical researchers and practicing doctors have become a lot more sensitive to problems of objectifying patients. Patients with cancer are no longer kept ignorant of their diagnosis and prognosis. These days, expectant mothers are often encouraged to write birth plans….One index of objectification is condescension….[and] personally, I’ve seen a major decline in patronizing attitudes among medical practitioners.

I personally have witnessed such a move towards greater respect for the patient. When I was recently visited my aunt in the hospital, I noted that rather than presuming to call her by her first name, the first nurse to welcome her to the room asked her how she wanted to be referred to, and put that information on a whiteboard in her room for all to see.

A similar restoring of personhood of the metzorah can be found in Hazal. For example, Hazal state that, because of the mitzvah, “Guard yourself regarding the spot of tzara’at” (Devarim 24:8), a person is not allowed to cut off a spot that might be tzara’at and is required to show it to a kohen (Makkot 22a). This directive to the person which tzara’at, how he may or may not act, transforms him into an agent in the process. The person is now the one bringing himself to the kohen.

Even more strikingly, the Rabbis interpret the verse, “On the day it will be shown to the kohen” (Vayikra 13:14) as follows: “There are days that he (the kohen) may see and days he may not see. From here they said: A groom who has a spot is given the seven days of the wedding feast [before he has to show it to the kohen]….And similarly, during a festival, he is given the seven days of the festival” (Moed Katan 7b). This person is recognized to not be just a patient. He has an entire life that exists outside of the clinical context, and the kohen has to be sensitive to this reality, to the person in front of him, before he can decide how or whether to proceed. In parallel, doctors listen better, inquire more, contextualize more, and are able to render better diagnoses when they see the full person in front of them and not just the condition.

We can learn a lot from this necessary balancing act, even in contexts other than the doctor-patient relationship. There are times when it is our task to give critical feedback and an honest assessment of someone or their work. But we can never forget the humanity of the person, that we are dealing with an actor and an agent, and that we must engage that person as such, even in our most professional and objective mode.

This is particularly crucial if a person is ill.  At such a time, the illness and hospitalization themselves can do a lot to rob a person of her agency and self-sufficiency, and any objectification by doctors and nurses will only reinforce and deepen this loss of personhood.  This is why bikkur cholim is such an important mitzvah – it serves to restore the dignity and humanity of the patient.  And it is the regaining and retaining of that humanity that can allow true recovery to begin. 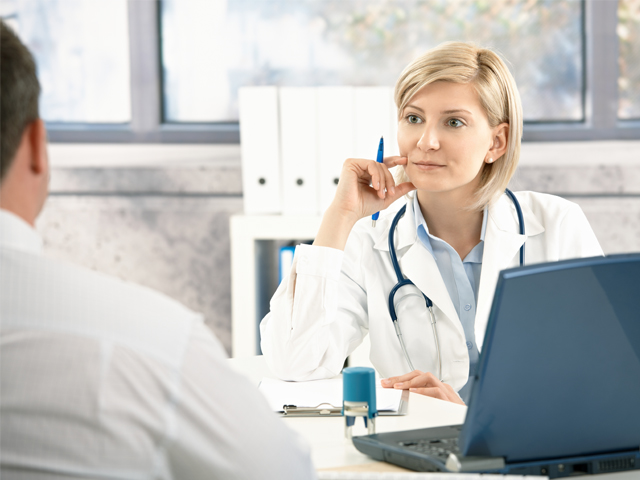