You are here: Home » Torah » Labels Are for Grocery Items, Not People

Labels Are for Grocery Items, Not People

Parashat Metzorah continues to detail the laws of tumah, impurity, that can occur to people and that would require them to maintain their distance from the Mishkan. The parasha opens with the case of the metzorah, the person afflicted with the skin disease of tzara’at, and how he is to become pure: “This shall be the law of the metzorah, the skin-diseased person, on the day of his becoming pure” (Vayikra 14:2). After the discussion of tzara’at, the Torah turns its attention to other people who are impure: the zav, literally the “flow,” a man with an unusual penile emission; a man who had a seminal emission; the niddah, the woman who has menstruated; and the zavah, the woman who has had an irregular flow of blood.

The common denominator of all of these tumaot is that they are not contracted from the outside. Whether the state is a skin disease or some type of flow, it is something that is sourced in the person him or herself. The Gemara refers to these people as those who have tumah yotzei mei’gufo; the tumah emerges from their bodies. This tumah is of less severity than that of touching a corpse, which Kohanim are prohibited from contracting and which requires not just a mikveh, but also the ashes of the red heifer for purification. Nevertheless, the tumah of this week’s parasha is more severe in one important area: it directly defines the status of the person and demands that such a person not enter into to the Levite camp or, after the wilderness period, the Temple Mount. A person with corpse-impurity, by contrast, can go up onto the Temple Mount.

What is the reason behind this greater severity? When tumah comes from the outside, it does not define the person to whom it transfers. A person who touched a corpse is just that: a person who touched a corpse. We do not have a proper noun for such a person; he is only described in terms of what he has done. In contrast, Parashat Metzorah is filled with a cast of characters defined by their status, which reflects their physical state of being: their flows, their skin, and so on. They are the source of their tumah, and this becomes their identity. Hence, they must keep an even greater distance from the Temple, where the primary concern is not just keeping tamei things out, but more specifically tamei people.

The difference between identity and essential character on the one hand and traits, behaviors, and what the Greek philosophers would call “accidental characteristics” on the other is of great importance. A key principle of education and parenting is to focus on the behavior, not the person: “I know you are a good person, but what you did was wrong” is a healthy parenting technique. “Bad, bad, bad!” yelled with a finger pointing to the child is not. One reinforces the person’s sense of self-esteem and calls on her to live up to her true, inner self. The other leads the child to see herself as bad, and to live up to, or rather down to, that identity.

We often forget this principle when it comes to how we relate to those who are different than we are. Until my children were about ten years old and learned about the Civil Rights Movement in school, they were blissfully unaware that people were categorized as black and white. If asked how their South African babysitter was different from us, they would have—and did!—respond that we had light brown skin and she had dark brown skin. What a wonderful age of innocence! But it makes one wonder, why do we use skin color to categorize people, to define identity? We don’t do so by eye color.

We often take a trait and associate it with a person’s very identity, their very self. This can help us organize our reality, but it can also lead to blatant and subtle forms of generalization and discrimination. My children have special needs, but that doesn’t define them. I do not want them to go through life as, “He is Apserger’s,” or even, “He is autistic.” I want no one—most of all them—to forget that, first and foremost, they are special, unique, wonderful people, people who are so much more than any particular condition. As my wife Devorah Zlochower and I wrote in an article on this topic, “Most importantly, speak to our children and recognize them for the beautiful souls they are. Our children are poets, artists, philosophers, and psychologists; their emotional and spiritual lives are deep and intense ones.” When people meet one of my sons, they need to see Kasriel or Netanel; if all they can see is “special needs,” then they are not seeing them at all.

When we realize how easy it is for us to take a trait and turn it into an identity, and we then turn back to this week’s parasha, we will discover that we have done the same to the people described therein. It is true that the Torah gives a proper name to the one with tzara’at; he is a metzorah. That case is, however, the exception, and ironically, the name is applied only when he is in the process of leaving that state. Such labeling is clearly not used for the other people mentioned in the parasha. The man with an irregular flow is ha-zav, which could be translated as “the Flow-er” or “the Emitter.” But the majority of translations do not take this approach, instead understanding the word zav as a descriptor rather than a name and translating it as “the man who has a flow.”

All of these people are described, not named. This makes all the difference. Because the tumah occurs to them directly, they own it more, and they are more distanced from the Mikdash. And yet, the fullness of their identity does not have to be and should not be reduced to this status. And the status may not even be a bad one. It may be a natural occurrence, and in the case of the menstrual flow and the seminal emission, it is part of the human capacity to create new life. But who wants to be reduced to any status, even a neutral one?

As humans it is easier for us to assign labels and categorize; it helps us organize the world around us. This is why the Rabbis have given names to all of them, why they have given us this colorful cast of characters. They had halakha to discuss, and it would have been unwieldy to constantly refer to “the man who has a flow,” or “the woman who is in the midst of her menstruation,” rather than simply as “the zav,” or “the niddah.” And it is easier to conceptualize halakhic categories and rules in reference to people who are named, categorized, and assigned a particular identity.

This might be somewhat necessary in legal texts, but it is dangerous at the human level. When dealing with people, labeling is reductionist and dehumanizing. The Torah’s careful use of descriptors rather than labels reminds us that we should think of these individuals as people, people with special conditions, people with disabilities, but not disabled people. These are states of being; they are not who the person is.

When we recognize the humanity and the irreducible nature of the person, we allow them to transcend any state or limitation. All these people can become tahor because we refuse to box them in and define them by these states. We recognize their humanity, their essence, their innate purity, and this allows them to undergo the process of taharah, purification, that will allow them to regain this state of being. By never losing sight of the unique and irreducible tzelem E-lohim of the other, by refusing to reduce a person to certain states, characteristics, conditions, or generalizations, we help protect that tzelem E-lohim. We help to bring all of us one step closer to entering the Mikdash and to living in a world in which we experience the Godliness of each individual. 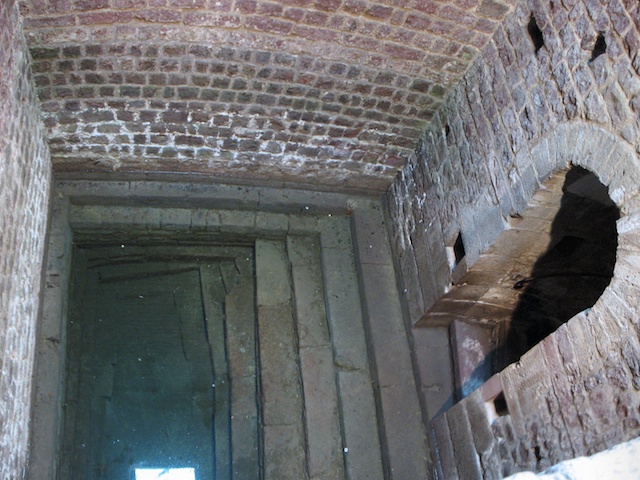