You are here: Home » Moadim/Holidays » Yom Hashoah » Maintaining the Purity of Shoah Memory

Maintaining the Purity of Shoah Memory

Survivors of the Shoah encounter the experience through what can be called “pure memory.” Their relationship to the event is direct, with very little intervening. As we move further away from the Shoah, and we who were not there seek to remember, symbols may be required to help us. It is in this realm that Shoah memory faces its greatest threat and its greatest challenge.

In Judaism, the symbols used in ritual to evoke memory tend to be simple. The paradigmatic memory for Jews is the Exodus from Egypt. The two major symbols of that event – the matzah used on the festival of Passover and the booths built for the holiday of Sukkot – share the element of simplicity. Matzah is a humble food, a mere flat bread that does not rise. The sukkah, too, is a modest symbol, nothing more than a humble shelter.

Perhaps the rabbis understood that if symbols are associated with wealth and power rather than remaining simple tools to promote memory, there is a danger that they can become identified, and even replace, the actual event or object they had been summoned to represent. Maimonides notes that idolatry began when good people created images as a way through which finite human beings could connect with the infinite God; the images served as a kind of bridge. However, people soon mistakenly saw the images as God Himself. In the process, they forgot what the image had been originally created to symbolize, thereby perverting faith, as the idol itself became in their minds the divine.

When it comes to Shoah memory, the emphasis most recently has been on two symbols representing wealth and power: Holocaust asset restitution and the Holocaust Museum in Washington, D.C. These two have, in a sense, become the contemporary images created to connect to the tragedy of the Six Million. A very palpable danger exists that they will, like idols, become objects of worship themselves, while the pure memory of the event that they had been created to invoke will be lost.

Recouping stolen assets can, of course, be a positive symbol of the Shoah, as it notifies the world that justice demands that the guilty pay. If, however, financial restitution becomes an end unto itself, if it is conflated with the injustice that it was meant to symbolize, the Shoah may be remembered for stolen money rather than for stolen souls. Shoah memory would thereby be falsified and demeaned.

Similarly, the Holocaust Museum as a symbol of the Six Million could be, and in many ways has been, a positive force; millions of visitors have come through its portals to learn about the Shoah. Yet if the museum becomes an end unto itself as it is engulfed in Washington politics, turf battles and power plays, it could critically compromise and distort Shoah memory.

Indeed, the real danger is that if we allow restitution and the museum to evolve into ends unto themselves, Shoah memory will be desecrated. These important contemporary undertakings can come to replace the Six Million rather than serve as the path to remembering them. Taken to the extreme, they, like any other symbol, can become a form of idolatry.

The Shoah, like the Exodus, requires a pure spiritual ritual experience in order to be authentically remembered. Today more than ever we need to strive to achieve untainted memory without ostentation and without politics. As with the Exodus, the only way the Shoah will be remembered is through ritual-through a participatory service like the Passover seder in which all present re-experience the event. Nothing in Jewish history has ever been remembered in the absence of ritual.

That ritual must be simple, uncontaminated by wealth and power, humble and self-effacing. Just as the matzah and the sukkah have served over the generations to symbolize the redemption from Egypt in all its immediacy, so too the rituals that we must devise to remember the Shoah must remain as close to the truth for generations to come as the “pure memory” today of the remaining survivors. 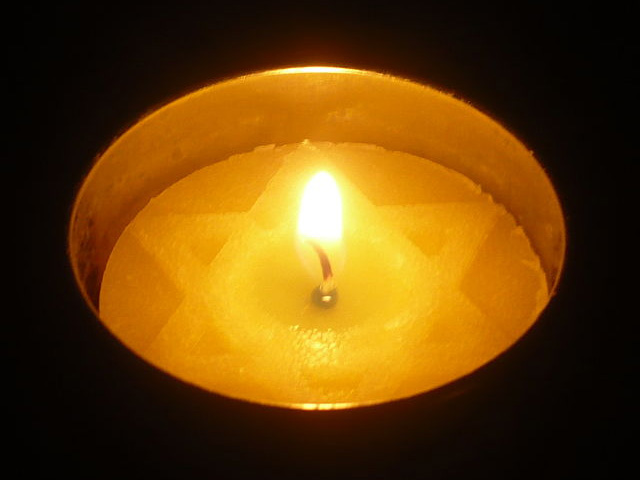