You are here: Home » Torah » Our Mission to Turn Passive Fate into Active Destiny

Our Mission to Turn Passive Fate into Active Destiny

Why were Nadav and Avihu, two of Ahron’s (Aaron) sons killed? The Torah states their death came when they brought an eish zarah, a foreign fire into the Temple. (Leviticus 10:1) But what was the nature of this fire?

Some maintain that because the prohibition against drinking is found in the sentences that follow their death, (Leviticus 10:9) the fire alludes to the possibility that Ahron’s sons served in the sanctuary while intoxicated. This may be the reason for the punishment of death.

Others insist that the fire relates to their being “hot” in deciding halakhic matters themselves without consulting Moshe (Moses). Note that the preceding sentences (Leviticus 9:23) stresses the leadership role of Moshe and Ahron.

I am convinced that when many answers are offered, it indicates that none are truly compelling. It can be suggested that we cannot comprehend the reason why Nadav and Avihu’s actions were deserving of death. Only God can grasp the unfathomable, we cannot.

This may explain why the Torah tells us at the beginning of this week’s portion, that the Lord spoke to Moshe immediately after the death of Ahron’s two sons. (Leviticus 16:1) The lesson: despite the suffering of sufferings, the horror of an untimely ghastly death, dialogue continues. God tells Moshe to speak to Ahron and Ahron does God’s will. In fact this may be the central point of the Nadav – Avihu story. Although not understanding why his son died, Ahron and the priesthood continue on in a relationship to God.

Not coincidentally, soon after the first sentence of our portion, Ahron the high priest is commanded to select two identical goats and, by lots, designate one as an offering to God and the other to be pushed over the cliff for Azazel. (Leviticus 16:6-11) It is extraordinary that although these goats are identical in every way, they experience different fates. This to teach Ahron and all of us that sometimes life takes tragic twists and turns that are inexplicable.

When confronted with such inexplicable suffering we ought all remember the words of Esther Wachsman, mother of Nachshon (the young Israeli soldier murdered by Arab terrorists a number of years ago). She said, “When tragedy befalls us we should not ask ‘why?’ but rather, ‘what shall we do now?’” It is our choice whether to approach our tragedy by only crying ‘woe is me’ or whether to allow it to elevate us, giving our lives new meaning and direction and bringing us closer to God.”

Rav Yosef Dov Soloveitchik makes this very point when distinguishing between “fate” and “destiny.” Fate casts each of us into a dimension of life we cannot control. Destiny, on the other hand, “is an active existence in which humanity confronts the environment into which she or he was cast… Humanity’s mission in this world is to turn fate into destiny, an existence that is passive and influenced to an existence that is active and influential.”

A lesson to think about especially these days when Israel is under attack. Like Nadav and Avihu, no one can explain why it’s happening. But like Ahron and the priesthood, against all odds, Am Yisrael will continue to connect with God and, in the end, prevail. 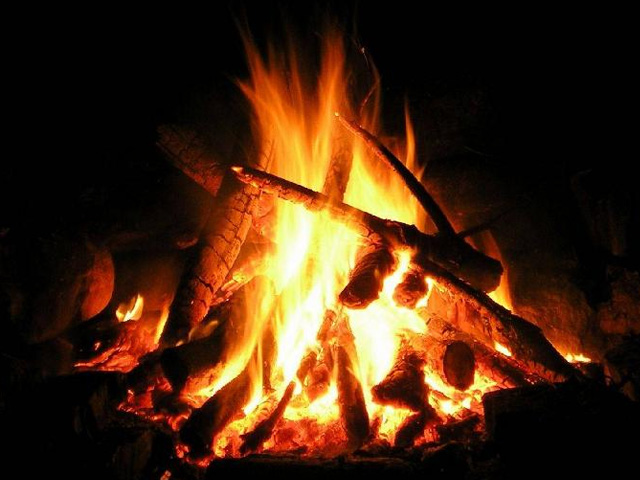