You are here: Home » Torah » The Enormous Importance of the Spiritual Consciousness

The Enormous Importance of the Spiritual Consciousness

In this week’s parsha, God tells Moshe (Moses) that a person (ish) who is impure because of contact with a dead body (tameh lanefesh) or too far away from Jerusalem (derekh rehoka) is given a second chance to eat the paschal lamb (Numbers 9:10-11).

The phrase tameh lanefesh speaks about a spiritual deficiency – when one has contact with a dead body, emotional and religious turbulence sets in.

The phrase vederekh rehoka, speaks of a physical impediment – one who is simply too far away to partake of the paschal lamb on time.

Indeed, throughout Jewish history we have faced both spiritual and physical challenges. What is most interesting is that in the Torah the spiritual challenge is mentioned first. This is because it is often the case that the Jewish community is more threatened spiritually than physically.

Despite its rise, anti-semitism is not our key challenge. The threat today is a spiritual one. The spiraling intermarriage rate among American Jews proves this point. In America we are so free that non-Jews are marrying us in droves. The late Prof. Eliezer Berkovits was correct when he said that from a sociological perspective, a Jew is one whose grandchildren are Jewish. The painful reality is that large numbers of the grandchildren of today’s American Jews will not be Jewish.

And while we are facing grave danger in Israel, thank God, we have a strong army which can take care of its citizens physically. Yet, in Israel, it is also the case that it is the Jewish soul, rather than the Jewish body, that is most at risk.

Most interesting is that even the phrase vederekh rehoka, which, on the surface, is translated as a physical stumbling block, can be understood as a spiritual crisis. On top of the last letter of rehoka (the heh), is a dot. Many commentators understand this mark to denote that, in order to understand this phrase, the heh should be ignored. As a consequence, the term rahok, which is masculine, cannot refer to derekh which is feminine. It rather refers to the word ish, found earlier in the sentence. (Jerusalem Talmud Psakhim 9:2) The phrase therefore may refer to Jews who are physically close to Jerusalem yet spiritually far, far away.

The message is clear. What is needed is a strong and passionate focusing on spiritual salvation. The Torah teaches that the Jewish community must continue to confront anti-Semitism everywhere. But while combating anti-Semitism is an important objective in and of itself, the effort must be part of a far larger goal – the stirring and reawakening of Jewish consciousness throughout the world. 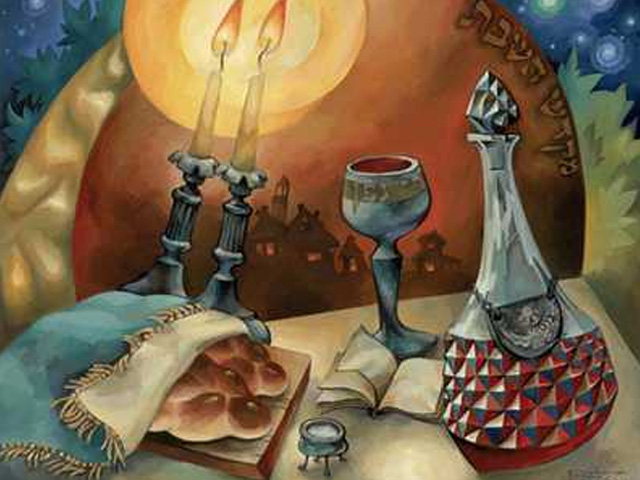