You are here: Home » Torah » The Power in Stepping Back

The Power in Stepping Back

One way that people attempt to attain transcendence is by guiding their children on the path they began. Even Moshe (Moses), who was first and foremost committed to the nation of Israel and was the most humble of men, was hopeful that his own children would complete the mission he started and lead the people into Israel.

Hence, the Midrash notes (See Rashi 27:16), it was after God permitted the daughters of Zelofhad to inherit from their father (27:1-11), that Moshe makes the request of God that a successor be appointed in the hope that his sons would be tapped for leadership.

It was not to be. The Talmud points out that Torah leadership is not automatically inherited (Nedarim 71a). This principle is seen as God tells Moshe that none of his children will lead the people, rather Yehoshua (Joshua) will be the next leader of the nation (Numbers 27:18). Moshe transfers the reigns to Yehoshua. Several lessons can be learned from the way Moshe passes on his position.

First: Although it was not to be transmitted to his sons as he had wished, Moshe transfers the power to Yehoshua with great support and kindness. Whereas God told Moshe to “lay your hand (in the singular) on him [Yehoshua],” (27:18) Moshe places both hands on him (27:23). Rashi makes this point by maintaining that Moshe laid his hands on Yehoshua “generously, in much greater measure than he was commanded.”

Second: Whereas God tells Moshe to “put some of his honor upon him [Yehoshua], “(Numbers 27:20) there is no mention that Moshe does so. Perhaps Moshe’s humble side felt that he was unworthy do act in such a way–only God can give such honor. Alternatively, Moshe wanted Yehoshua to do it his way. While Moshe had given Yehoshua a sound foundation, Moshe understood that every leader is blessed with a unique style. Yehoshua should not become Moshe’s clone—he should develop his own way, his own honor.

Third: Moshe genuinely desires that Yehoshua receive a better lot than he did. Hence, Moshe tells God that the new leader be able “to lead them out, and…bring them in” (Numbers 27:17). This, according to the Midrash, means that Moshe hoped that unlike himself, the next leader would not only be permitted to begin his task by moving the Jews out, but also be allowed to conclude his mission by taking the people into the land of Israel (Bamidbar Rabbah 21:16). Even Moshe could not do it all. Yehoshua would complete that which Moshe started, that which even Moshe could not complete.

It’s not easy to step back and make space for someone else. This is especially the case vis-à-vis our children. When someone else is given precedence over one’s own child it presents an especially challenging situation, especially when one is in a position of power and is as Moshe was, the prophet of prophets.

But Moshe did all of this, and did so nobly. The most humble person ever to live was without envy and graciously transferred power to the other. In doing so he once again showed his great strength and unbridled selflessness. 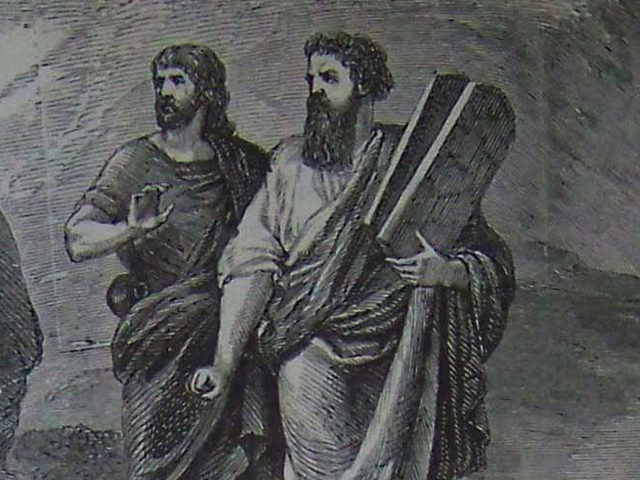