You are here: Home » Torah » The Value of Living in the Land of Israel

The Value of Living in the Land of Israel

The portion of Masei includes the sentence that speaks to the commandment of living in Israel. The key phrase is “and you shall take possession of the land and dwell therein” (Numbers 33:53).

Rashi is of the opinion that this sentence does not constitute a command to live in Israel. It is rather good advice. Take possession of the land from its inhabitants, otherwise you will not be able to safely live there.

Ramban (Nahmanides) disagrees. In his addendum to Rambam’s (Maimonides) Book of Commandments, Ramban notes that Rambam failed to mention living in Israel as a distinct mitzvah. Ramban writes: “We have been commanded in the Torah to take possession of the land which God gave to the patriarchs and not leave it in the hands of others or allow it to remain desolate, as it says ‘and you shall take possession of the land and dwell therein’” (Addendum, Mitzvat Aseh 4).

Some commentators argue that implicit in Rambam is the commandment to live in Israel. So basic is the mitzvah, writes the late former Ashkenazi Chief Rabbi Shlomo Goren, that it need not be mentioned, as it is the basis for all of Torah.

But whether or not one maintains that Rambam believes it is a mitzvah to live in Israel, doesn’t this commandment, as certainly understood by Ramban, fly in the face of our mission to be an or la’goyim? How can we be a light to the nations of the world if we don’t live amongst Gentiles and are ensconced in our own homeland?

From this perspective, the significance of the modern state of Israel is not only as the place of guaranteed political refuge for Jews; or as the place where more mitzvoth can be performed or where our continuum as a Jewish nation is assured. Rather it is the only place where we have the potential to carry out the chosen people mandate.

In exile, we can develop communities that can be a “light” to others. But the destiny of the Jewish people lies in the State of Israel. Israel is the only place where we as a nation can become an or la’goyim. In the Diaspora, we are not in control of our destiny; we cannot create the society envisioned by the Torah. Only in a Jewish state do we have the political sovereignty and judicial autonomy to potentially establish the society from which other nations can learn the basic ethical ideals of Torah.

As we near Tisha B’av, the fast commemorating our exile from the land, this position reminds us of our obligation to think about Israel, to visit Israel, and, most important, to constantly yearn to join the millions who have already returned home. Only there do we have the potential to be the true am ha-nivhar (chosen people). 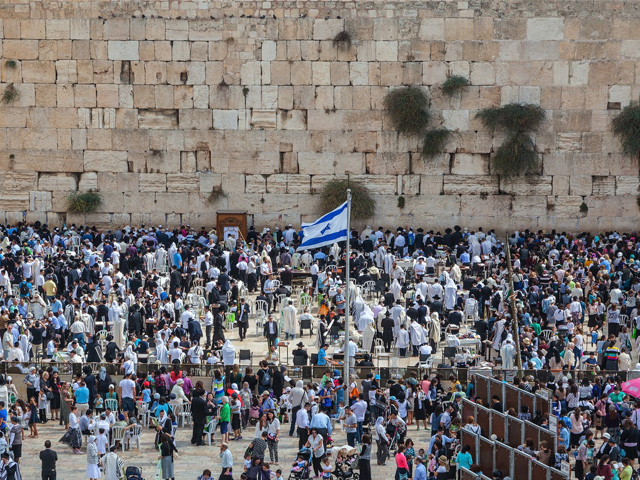