You are here: Home » Torah » All that Glitters…

The building of the Mishkan naturally raises the question of why God needs all that gold and silver. What happened to מזבח אדמה תעשו לי? And if God doesn’t need it, is it to address a human need? And if that is true, why is there so little “splendor” in our בתי כנסת today? 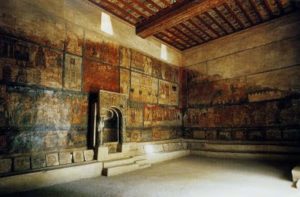 In sub-section 7 (pp. 66-78), Father Bigham devotes several pages (pp. 66-70) to the archaeologists’ discovery of the Jewish synagogue in Dura Europos in 1932. Its complete burial allowed it to be preserved virtually intact. Due to the widespread assumption at the time that early Judaism was aniconic, the building was initially mistaken for a Greek temple. 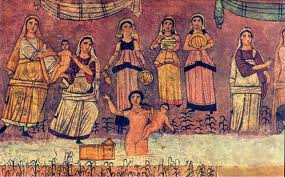 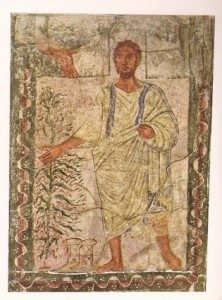 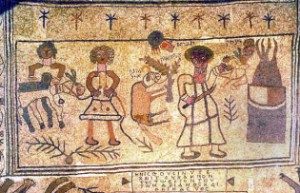 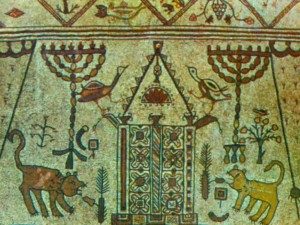 This leads Bigham to write:

… it seems increasingly clear that Judaism led the way in developing figurative art and that Christianity followed, at least at the beginning.  We have already seen that this hypothesis is upheld by many scholars.  Even in areas other than art, we see the same phenomenon: early Christianity often modeled itself on its Jewish parent.  “For the ancestry of most elements of early church worship, we must look to the synagogue rather than the home … (C. Filson)” (Bigham p. 68)

These archaeological evidences present serious problems for those who hold to the hostility theory, especially on the assumption that early Judaism was uniformly aniconic and iconophobic (Bigham p. 89).  However, if first century Judaism accepted religious art, then it makes sense that the early Christianity reflected its Jewish roots.  It can then be argued that it is the iconoclastic hostility theory that represents an alien intrusion into Christian history.  The hostility theory was easy to uphold when the evidence was buried in the ground but when archaeological discoveries over the past century unearth these evidences that theory lost its foundation.

In addition to the startling discoveries at Dura Europos, there are other evidence of religious art in Jewish synagogues. 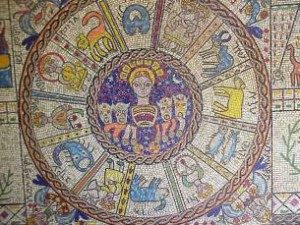 The zodiac mosaic at Beth Alpha was not an isolated example.  Other similar zodiacs have been found in Israel, e.g., Hammath Tiberias on the shore of the Sea of Galilee, Naaran near Jericho, Sepphoris slightly north of Nazareth, En Gedi by the Dead Sea, and Huseifa near Mt. Carmel. 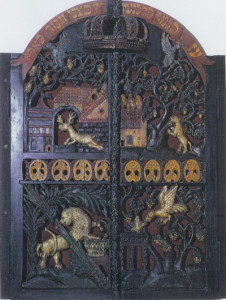