You are here: Home » Halakha & Modernity » Halakhic Status of a Deaf Person who Cannot Speak: Part 1 – Gemara and Rishonim

Halakhic Status of a Deaf Person who Cannot Speak: Part 1 – Gemara and Rishonim

Traditionally, halakha has ruled that a deaf person who could not speak – a cheresh –  is not considered to be a bar da’at – a person of sufficient intelligence and understanding to have standing as an agent or responsible party in halakha.  His status is the same as a minor and a shoteh, a person who has a confused understanding of reality (similar to a schizophrenic). Thus, a cheresh is not obligated in mitzvot, even at the Rabbinic level, cannot discharge other people of their obligation, and cannot count to a minyan or receive an aliyah. The Rabbis did institute a rabbinic marriage for a man or woman who was a cheresh, but was not Biblically binding and did not require a get.  Technically speaking such a person is not even bound by Biblical or Rabbinic prohibitions, and would not be violating halakha where she to not keep Shabbat or kashrut.

Here we look at the background of that halakha in the Talmud, where we will see that there was a range of opinions regarding the status of a cheresh.  We will then see how poskim addressed the issue when they started encountering people who were deaf and mute but obviously quite intelligent and able to communicate.  This became a phenomenon that could not be ignored once schools for the deaf were created.

An important clarification – the designation “cannot speak” in this context does not mean that the person is physically unable to talk, but rather that he cannot talk intelligibly, a phenomenon common among those who are born deaf and who have never learned to modulate their voice properly because they could not hear themselves speaking, a point already noted by Rambam {source ‎1}.

Another note on terminology – the contrast to the cheresh is the pikeach.  This term can either mean a “person who can hear,” or more generally, “a person with full use of his senses and of sound mind.”  In this latter sense he stands in contrast to the cheresh and the shoteh, and anyone who may be of a disqualified status due to a particular disability.  A pikeach has full legal obligations, responsibilities, and status {source ‎2}.

Throughout these and later sources, an important question will be whether a person’s categorization is based on “formalistic” criteria, – in this case, the measurable traits that such a person cannot hear and cannot speak, or on “realist-oriented” criteria, an attempt to assess whether the underlying concern is present  – in this case, whether the person has limited intellectual ability.  Halakha as a rule follows formalistic criteria, to enable there to be clear rules to follow and to not require a constant context-based assessment of each case.  Pay attention when going through these sources whether the competing definitions of cheresh are based on different formalistic or realist-oriented criteria..

The Mishnah {source ‎3} states that a number of people cannot separate terumah, and begins with the group of 3 that is found throughout the Talmud – the deaf person, the shoteh, and the minor.  These three cannot separate terumah because they are considered to not have da’at, sufficient intelligence to do such a legally meaningful act.  As a rule, halakha does not distinguish on a case-by-case basis, but deals with the status of a class of people.  Thus, it would not matter how intelligent a particular minor or deaf person was – the status is based on the assessment of the entire class.  It should be remembered that this ruling came at a time when deaf people were considered uneducable and often institutionalized or worse.

The Tosefta which parallels the Mishna records a debate about the status of the deaf person {source ‎4}.  Notice the three different opinions cited here.  What do you think is behind R. Shimon ben Gamliel’s distinction between a person who is deaf from birth and one who becomes so later in life?

In the Tosefta, Rabbi Yehudah gives a deaf person full legal status. R. Yitzchak gives him a questionable status – perhaps his acts are legally binding.  This sounds like a status that applies to the entire class and is not case-specific.  However, once he is open to a doubt about the status and intelligence of a cheresh, it is possible that he would be prepared to judge a person on a case-by-case basis.

Rabban Shimon ben Gamliel distinguishes between congenital deafness and one that develops later in life.  Perhaps he believes there to be different causes, with the first indicating a mental or intellectual deficiency.  More likely, the difference here is due to the fact that a person who was born hearing had the opportunity to hear and be educated.  It is not clear if this is also because such a person may know how to talk in a way that is intelligible to people with hearing.  (In other words, is the reality that he is educated enough, or must he satisfy a formalistic criteria that he be able to talk).

As to the status of such a person – the final phrase “other people validate it for him,” is somewhat vague, and might indicate that such a person’s status is that of doubt, to be determined on a case-by-case basis, although this might mean something else altogether (see {source ‎8}).

The Gemara Chagigah {source ‎5}  clarifies the meaning of the term cheresh and describes his status as a person who is not a ben da’at, one of intellect.  Exactly what this means in the case of the cheresh will be explored below {source ‎7}.

Notice that Rashi {source ‎6} states that this status assignment was based on a Rabbinic assumption (based on assessment? tradition?) regarding the intellect of the cheresh.  Also notice that he states, like Rambam above, that the reason that a cheresh cannot speak is because, never having been able to hear, he never learned how.  What does this suggest regarding someone who became deaf later in life?  Recall the position of Rabban Shimon ben Gamliel above {source ‎4}.

The Mishna in Yevamot {source ‎7} records that there is a Rabbinic institution of marriage for a cheresh, and because of its rabbinic nature, no gett is needed to terminate it.  The Gemara goes on to cite Rav Chiya bar Ashi, who seems to rule like Rabbi Eliezer in the Tosefta {source ‎4} that a cheresh has a questionable full legal status, but in the end rejects this.

***
In the following passage in Gittin {source ‎8}, Rav Kahana states that a cheresh would be considered a person of full legal standing if he could communicate through writing.  This can be understood in two ways – either (1) the writing is a sign that he has intelligence (the realist-oriented approach) or (2) the writing is considered to be a form of speaking (the formalist approach).  Either way, this position would have tremendous implications nowadays – it would take almost every deaf person out of the category of cheresh.  How does the discussion develop?  What is the halakhic conclusion regarding this position?

The Gemara connects Rav Kehana’s position, that a deaf person who can communicate through writing has full legal status, with that of Rabban Shimon ben Gamliel in the Tosefta, who distinguishes between a person born deaf and one who becomes deaf later in life.  It is not clear which of these is more significant – the ability to write, or not having been born deaf, or a combination of the two.  If the only relevant criteria was the ability to communicate through writing, and were this to include also sign-language, and were we to rule like Rav Kehana, this would allow one to rule that nowadays the status of cheresh would be almost non-existent.

The Gemara concludes, however, by assigning this position to a minority position that argues with the dominant one that rules that every cheresh, even if he is born hearing and even if he can communicate through writing, and even if he is clearly intelligent, has a status of not being a person of da’at.

The conclusion of this Gemara would seem to close off any possibility to reassess the cheresh nowadays, since the Gemara recognizes that a cheresh could be intelligent and still applies the same status to him.  On a formalistic level, it does not consider writing a form of speech, and it would seem that sign language would be no different (although a case could be made that it is more like speech – it is more direct than writing and it employs body language, which writing does not).  Still, when there is a realization that a deaf person having intelligence is not the exception, but true of the whole class, there is a compelling reason (and moral imperative) to try to find a halakhic way to redefine the class.

In the Rishonim and Shulkhan Arukh

Rambam {source ‎9} rules like the conclusion of the Gemara Gittin, that a deaf person does not have legal standing even if he became deaf later in life, and even if he can gesture and communicate through writing, and even if he clearly is intelligent.

We cite here two passages in Shulkhan Arukh {sources ‎10 and ‎11} to illustrate some of the implications of the status of a cheresh.  He cannot count towards a minyan {source ‎10}, and he is not obligated in mitzvot, and therefore he can be used to help a person get around a Shabbat problem, by having him do the violation {source ‎11}.  There is however an opinion that one cannot directly cause him to do a violation, so this slightly mitigates the degree of total exclusion from the halakhic system.

We have seen that there are opinions of Tanaaim and Amoraim that would have allowed for a reassessment of a deaf person’s status, but that halakha rejected these opinions and rules categorically that a deaf person is not a person of legal standing.  In part 2, we will see how some poskim did reassess this status when it became clear that deaf people were fully intelligent and fully capable. 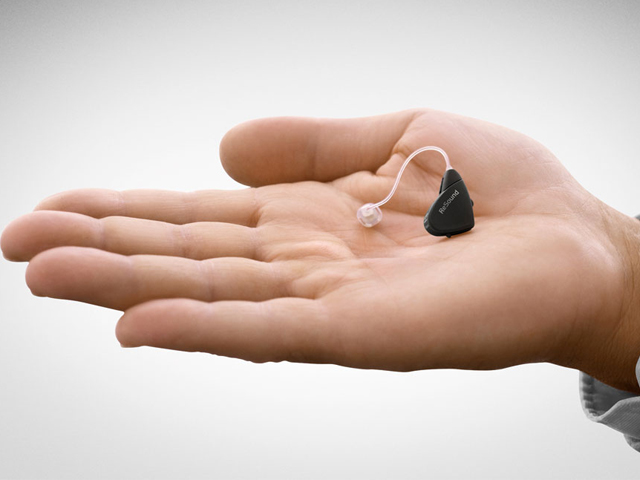