You are here: Home » Moadim/Holidays » Why Doesn’t Yom Kippur Come Before Rosh HaShana?

The relationship between Rosh Hashana and Yom Kippur is both obvious and complex. Obvious, in that Divine judgment and forgiveness are closely connected – we recognize that there is no one who can justify him or herself to their Creator, and thus a day of judgment requires a day of forgiveness which brings with it the Divine gift of atonement. Complex, however, in that the sequence of the two days does not seem to be logical. Why does Yom Kippur follow Rosh Hashana? Would we not prefer to first be forgiven and then to stand in judgment? And if we have already been judged on Rosh Hashana, what good is the forgiveness of Yom Kippur?

In answering this latter question, the Gemara in Rosh Hashana (16b) (also to be found in the Tosefta Rosh Hashana (1:13)) states that the judgment is protracted. It does not end on Rosh Hashana – one’s judgment is “written” on Rosh Hashana, but it is only “sealed” on Yom Kippur (perhaps we might say that it is “penciled in” on Rosh Hashana). This explains the role of Yom Kippur that follows a day of judgment, but in the process it transforms Yom Kippur from a day of forgiveness into another day of judgment. The theme of din, of judgment, now dominates both days. Although teshuva is necessary to achieve a positive outcome, it seems to no longer be the immediate theme of the day of Yom Kippur. An alternative, which would have maintained more the discrete themes of the days, would have been to say that the judgment is sealed on Rosh Hashana, but Yom Kippur, as a day of teshuva and atonement, allows us a chance of appeal (the concept of “tearing up” the evil decree). Chazal, by and large, did not emphasize this approach, and to have done so would have been to create a greater hurdle for us to overcome – the decree has already been finalized and would now need to be reversed. Regardless, neither of these approaches explain fully why we cannot begin the process with forgiveness, why a day of atonement does not or cannot precede a day of judgment.

I believe that it is possible to think about the relationship of these two days in the reverse. Yom Kippur does not end the process of judgment. Rather, Rosh Hashana begins the process of teshuva (indeed, it is the first day of the aseret yimei teshuva). What is the first step in teshuva? The standard answer is – vidduy, admission of one’s sins. But there is actually a critical step that precedes vidduy, and that is hakarat hachet, a true, honest realization of sin. A person needs to look at him or herself harshly in the mirror, to truly confront his or her shortcomings and transgressions, to own them, to understand how wrong they are, to recognize the harm that they cause, and to understand why one acts this way. All this is necessary before a meaningful vidduy can take place. For the teshuva process to have any traction and for the vidduy to be more than just a vidduy peh, more than just a superficial admission with perhaps some momentary sincerity, but without deep conviction, one must first be makir chet, one must first go through a serious process of introspection, reflection, and self-judgment.

For this hakarat hachet to take place, one needs to present him or herself to judgment – before God, and before oneself. For true teshuva to take place, Rosh Hashana must precede Yom Kippur. A Day of Judgment is necessary to begin the teshuva process that can end in a Day of Atonement.

Sure, we would all love to start with forgiveness. It is so much easier to be forgiven without owning up to one’s sins. As a cartoon in a recent New Yorker would have it: Man in a flower store says to the clerk, “What kind of flower says, ‘I’m sorry’ without admitting wrongdoing?” And don’t we see this every day in the news – politicians and celebrities who are asking to be forgiven, while never admitting they have done anything wrong? Or, more frequently, that they admit that they have done wrong, but it is a totally facile admission, it is a vidduy peh with no reflection or conviction behind it. The message is: let’s just get beyond the admission, so I can be forgiven already, so I can be loved and accepted again. It is a desire for a Yom Kippur without a Yom HaDin.

It is obvious why we seek to avoid this critical first step. Hakarat hachet is no easy thing. We have built up many defenses – both psychological and habitual – to protect ourselves against such introspection and self-criticism. Who likes to hear or think bad things about oneself? And we fear the outcome of such a process. If we are truly honest with ourselves, and truly own up to our failings, then what? Our ego is devastated; our self-esteem is in shambles. Where would we go from there? How much easier it is to continue to hold ourselves in high regard, and to find ways to bracket those things we would rather not look at, to maintain our bad behavior and not let it impact our sense of ourselves. Our capacity for self-deception and rationalization is infinite. The Gemara teaches that once a person has committed a sin and repeated it, he considers it to no longer be sinful, but it has become (in his eyes) a reshut, a matter that is permitted. To which Rav Yisrael Salanter added – and once he has done it three times, it becomes a mitzvah.

How do we stop engaging in such self-deception? How do work towards true change, true self- betterment, true teshuva? We submit ourselves to a process of din, to honestly presenting ourselves before God in judgment, and to honestly judging ourselves before God. And how will our ego survive such a brutally honest process? How will we regain our self-esteem? That is the promise of atonement. A true process of teshuva which begins with hakarat hachet will culminate in forgiveness, in being forgiven by God and, equally important, in allowing ourselves to truly forgive ourselves. And such forgiveness will bring atonement, an at-one-ment, a being at one with God, and a being at one with oneself. We will have been transformed in the process, we will be better people, and we will be truly, and honestly, at peace with ourselves.

May we all engage in the serious work of true teshuva, and may this Yom Kippur bring forgiveness and atonement to all of us and to all of Klal Yisrael. Ki bayom hazeh yikhaper aleikhem litaher etchem. Mikol chatoteikhem lifnei Hashem titharu. “For on this day God shall make an atonement for you, to purify you. From all of your sins, on this day, you shall be made clean before the Lord.” (Vayikra 16:30) 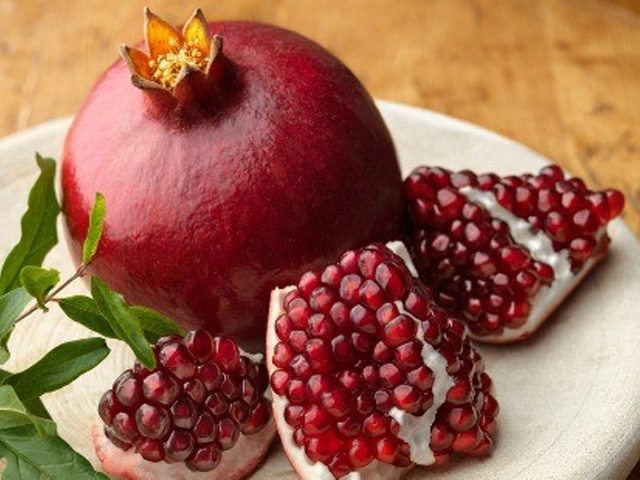