You are here: Home » Torah » For Real This Time, What’s the Story With Christmas Gifts?

For Real This Time, What’s the Story With Christmas Gifts?

So what is the story with Christmas gifts and office Christmas parties?

Last week we saw that the Talmud draws a number of red lines to ensure that our active involvement in the surrounding society does not lead us into religiously problematic areas. One of those red lines is around practices that relate to the religious holidays of other faiths.

The first Mishnah teaches that we may not do business with pagans on, or even three days preceding, their holidays. The underlying concern is that we should not be supporting non-Jews in their avodah zarah, a term that refers less to idolatry than to the worship of foreign gods. Noahide laws prohibit non-Jews from worshipping foreign gods, and it is forbidden for us to even indirectly aid them in this act. What is notable is that the Talmud does not frame the problem as one of us connecting to the world of avodah zarah. It is all about how we relate to its practitioners.

Taking this restriction at face-value would lead us to conclude that we cannot give gifts or attend holiday parties. But there are many reasons to challenge this conclusion.

Perhaps the most obvious challenge is to question whether these gifts or parties really have any religious meaning at all. Aren’t they just part of the secular celebration of Christmas, and not a religious practice in any way?

In fact, we find a number of cases in the Talmud where great rabbis gave gifts to non-Jews on their holidays. Both Rava and Rav Yehudah sent presents to non-Jews on a pagan holiday, explaining that they knew that the particular non-Jews in question “did not worship idols.” (Avodah Zarah 64b-65a). Significantly, the gifts here are referred to as korbana, an “offering,” or even, “a sacrifice,” a gift clearly connected to the holiday itself. Although they were holiday gifts, the focus on the practitioners allows them to be given when they do not hold religious meaning for the recipient.

What if a person’s doorman is a devout Catholic, would such gift giving then be forbidden? This brings us to the question of whether Christianity is seen as a form of avodah zarah, and if so, from whose perspective?

When it came to Christianity, however, Rishonim ruled almost unanimously that it was a form of avodah zarah. This does not mean it was considered to be idolatry, or – as is often widely misunderstood – that the Trinity was seen as a form of polytheism. The term avodah zarah means “foreign worship,” and this refers either to the worship of foreign gods (“You shall have no other gods before me”, Ex. 9:3), or to an act of worship which is foreign, that is, the worship – even of God Godself – through an image or some other physical object (“Lest you corrupt and make for yourself some image…”, Deut. 9:16). Christianity’s idea of a God who becomes incarnate, and its concept of the Trinity, makes their idea of God at odds with the Jewish one; a “foreign” God. And the use of images, statues and icons in its services – which was true for all denominations prior to the Reformation – is likewise seen as a foreign form of worship.

All of this sounds harsh to modern, tolerant sensibilities. We do not want to be putting ourselves in a position to judge the rightness or wrongness of others’ religious practices.  Halakhah, however, had to do so – not so much to judge others, but to determine the implication of their religious practices for us. Next week, we will see how a more tolerant approach towards other’s religions was integrated into these and related halakhot.

Working with this current framing, we must ask:  if the person to whom you wish to give the gift is a devout Christian… is it then a problem? Not necessarily. This question already arose, in a different form, for the Rishonim, and the answer to it led both to a rethinking of the restrictions against business on Christian holidays, and also to a reconfiguring of how we relate to Christians and Christianity.

For Tosafot and the other Rishonim, the problem wasn’t gifts, it was doing business. Sundays were the prime market days, and Jews in the Middle Ages did business on these days with Christians in apparent disregard of the Talmudic restrictions. Tosafot gives a number of justifications for his community’s practice. One set of rationales acknowledged that the restrictions did still apply, but argued that they could be overridden to prevent eivah, enmity and hatred that would be directed at the Jews were they to refrain from doing business with Christians on Sundays. A different, more positive, formulation can be found in the Tosefta (1:3) which states that “We ask after the welfare of Gentiles on their holidays for the sake of darkhei shalom, of promoting positive relations between Jews and Gentiles.”

A restriction which had been framed in terms of how we relate to, and support the activities of, our non-Jewish neighbors is thus overridden for the sake of maintaining positive relationships with exactly these same neighbors!

The principle that certain restrictions can be bent for the sake of making peace or avoiding hatred is anchored in this week’s parasha: “Said Rabbi Ilai in the name of Rebbe Eliezer son of Rabbi Shimon, It is permitted to alter the facts for the sake of peace. As it states: ‘Your father commanded before he died saying… please forgive the sin of your brothers’ (Gen. 50:16). Rav Natan said, It is a mitzvah to do so…” (Yevamot 65b). Of course, bending the truth might be different than overriding certain restrictions, but the principle is there. And the case of Yosef and his brothers was not just one of promoting peace, it also was about preventing eivah: “Lest Yosef bear hatred towards us and requite onto us all the evil that we did to him” (Gen. 50:15). Sometimes eivah and darkhei shalom are two sides of the same coin.

However, darkhei shalom can also stand alone. Healthy relations with the members of the society in which one lives can be an intrinsically good thing, and it can at times justify permitting certain restricted practices even when Jews have little to fear from their neighbors. This approach is expressed in Yerushalmi (1:1) which states that the restrictions in the Mishnah are limited to non-Jews whom you do not have a relationship with. But when it comes to a non-Jew whom you know, then “it is permissible, because it is nothing more than flattering them.” To show a colleague or friend that you understand that it is her holiday, and to act towards her in ways that are expected, is understood by her and by everyone to be a form of good manners and respectful interaction, and not a way of supporting or identifying with her religious holiday.

Yerushalmi goes so far as to apply this even to participating in the holiday celebrations: “We taught: If he enters a town and sees them rejoicing, he rejoices with them, for it is nothing other than flattering them.” It is quite shocking to read that a Jew is permitted to participate in a celebration taking place on a true pagan holiday. And yet, for Yerushalmi, the proper context of the Jew’s rejoicing is understood by all present, and the rejoicing is thus permitted. Rema cites Yerushalmi’s permission to rejoice with them, but interprets it to ultimately be about concerns for ill will, choosing to see less value in darkhei shalom here for its own sake (YD 148:12).

So, as far as attending holiday parties at one’s work are concerned, if they are not religious, even if they are holiday-themed, there should be no problem at all. But even if there are religious elements, one could attend such parties for the sake of darkhei shalom to foster positive interactions, or, minimally, so as not to look bad or hurt one’s relationships with her co-workers, boss, or clients.

When it comes to holiday gifts, Rema permits them to be sent on the holiday itself. He states, however, that if possible, the gift should be sent the day or night before (YD 148:12). This ruling is based on Trumat HaDeshen (195), who cites the concern of possible enmity. He also makes explicit that the holiday in question is not Christmas: “Even nowadays, if one wants to send a gift on the eighth day after Nittal (the nativity day, i.e., Christmas), on the day that they call New Year, he should send it to him the night before and not on the day of the holiday itself. But if the day before is Shabbat, he can send it on the holiday itself, for there will be hatred if he sends it to him many days before the holiday.”

What emerges from all this is that it is permitted to give a gift at Christmastime to your co-worker or doorman, although it is best to give it before Christmas itself. For some of the recipients, the gift has no religious meaning anyways. But they may even be given to our religious co-workers, whether to prevent bad feelings or to promote good will and positive relations.

We have discussed all of this is without even addressing the second set of answers that Tosafot gives for doing business on Sunday, answers that lead to a broader rethinking of halakha’s approach towards Christians and Christianity. We will look at these issues next time. 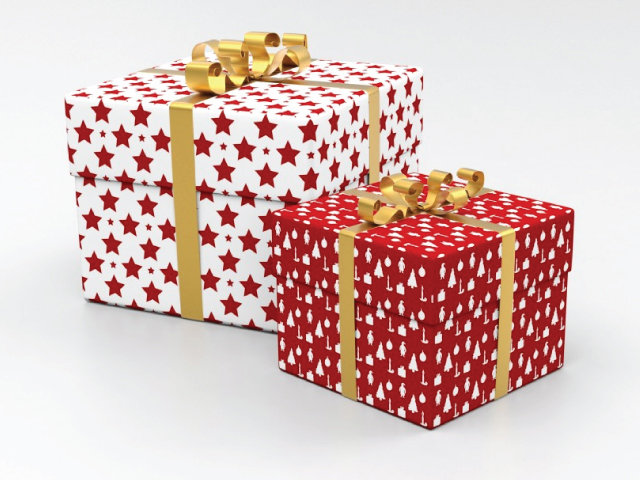