You are here: Home » Torah » The Holiday Season – What’s A Frum Jew to Do?

The Holiday Season – What’s A Frum Jew to Do?

This time of year, during the “holiday season,” many Jews struggle with how to best negotiate our interaction with the society and culture around us. Can we give Christmas or year-end gifts to our paper carrier? Can we go to our company’s holiday party if it is going to be Christmas-themed?

For millennia, from the time that we have lived as a minority people and religion in a society with a dominant, foreign culture, we have had to grapple with questions like these. How much should we engage with and integrate into the larger society, and what are our red lines?

How one answers this question often has a lot to do with how one values the non-Jewish world in which he or she lives. Some see such a world as full of threats and dangers. Others see it as being the source of great cultural, scientific, and intellectual benefits, while acknowledging that there are areas of religious danger of which we need to be wary.

It is fair to say that this is one of the dividing lines between Haredi Judaism and Modern Orthodoxy. But this debate goes back all the way to Talmudic times (and probably even earlier). The Talmud relates that at a certain meeting Rabbi Yehudah opened by praising the Roman government for laying roads, opening markets, and building bathhouses (Shabbat 33b). Rabbi Shimon bar Yochai dismisses all of this. For him, all the roads, markets and bathhouses are just part of a society that is materialistic, over-indulgent and sexually promiscuous.

For those who see the dominant society as threatening, perhaps the largest perceived threat is that of assimilation: the society will swallow a person up and make him lose his Jewish identity. Those who value engagement believe that there are ways to engage while preserving one’s identity, values, and commitments.

When it came to Egypt and Egyptian society, Yosef made one decision for himself and another for his brothers. He deeply embedded himself in Egyptian society, marrying an Egyptian, speaking Egyptian, and appearing as an Egyptian. With this choice comes the risk of losing one’s identity. This did not happen in Yosef’s case, but this distinctiveness might have more been something thrust upon him than something he chose for himself. He was introduced to Pharaoh as “a Hebrew lad,” and would always – as has been the Jewish fate throughout the centuries – be seen as an outsider. And, indeed, we are told that “the Egyptians could not eat bread with the Hebrews, for it is an abomination to the Egyptians” (Gen. 43:32). The members of his household would not eat at his table. Even when he had power over them, he would never be one of them.

For Yosef, a high degree of outward assimilation was the necessary price to be in Pharaoh’s court. As our history has shown us, our survival has often been dependent on having members of the tribe in positions of power and influence. The Rabbis even created the halakhic category of karov li’malkhut to refer to a person in such a position (literally, “close to the king”). For such a person, certain restrictions – in particular those relating to the identity markers of dress, appearance and speech – can be waived (see Baba Kama 83a). For this person, the loss of such markers of distinctiveness is a price worth paying.

For his brothers, Yosef made a different decision. He advised his brothers on how to present themselves to Pharaoh and as a result they were given the land of Goshen for themselves and their families. Living and operating separate from Egyptians allowed the children of Israel to sustain and develop their own society and culture, and was the midwife to their developing peoplehood. Goshen was, in this way, the forerunner to the shtetel and the ghetto of later history, which both limited Jewish economic and societal activity but also contributed to the preservation of Jewish identity and the development of Jewish culture.

Some will argue that the lesson from our sojourn in Egypt is that we are best off when we segregate and cloister ourselves. But not all societies present the same dangers and not all times are the same. There is a significant difference between a time when a people’s identity is just forming and a time when it is already strong and well established.

We are often told of the midrash that the Israelites merited to be redeemed from Egypt by virtue of the fact that they maintained their distinctive clothing, language, and names (although no midrash actually puts all three of these together). But this distinctiveness might not be as necessary as it once was. In answering a question as to the permissibility of giving secular, and not Jewish, names to children, Rabbi Moshe Feinstein presents ample evidence that throughout the centuries, religious Jews – including great rabbis – have had and used secular names (Iggrot Moshe, OH 5:10). What about the idea that it was our Hebrew names that let us merit redemption? Rabbi Feinstein states that this was true before we were given the mitzvot. At such a time, we needed these external markers of identity. But now, our practices – our observance of kashrut, Shabbat, and of halakhah in general – make us distinct, and these markers are not as essential. And yet, Rav Moshe concludes, it is still ideal to give children traditional Jewish names. Our identity doesn’t rely on these externals, but it is helped by it.

In fact, there is a debate as to whether the mitzvah of not following in the ways of the Gentiles obligates us to dress in ways that are distinctively Jewish (see Rambam, Hilkhot Avodah Zarah, 11:1, and Kesef Mishneh, ad. loc.). Many conclude that there is no strict obligation to do so. Others argue that there is an obligation to dress in a distinctive way, or at least to not consciously mimic the way that Gentiles dress (see SA YD 178:1, Shakh no. 3, and Gra, no. 7). Ironically, it is Rema, the posek for the largely cloistered Ashkenazi Jewry, who rules that we may dress like the Gentiles, and Shulkhan Arukh, the posek for the more cosmopolitan Sephardic community, who rules that we may not. But perhaps this is not ironic at all. The greater the integration, the greater the concern for being swallowed up by that society, and thus, perhaps, the greater need to dress in distinctive ways.

Paralleling the above debate, poskim argue as to whether Jews can adopt practices and behaviors that originated from non-Jewish society. Here we move from a concern for distinctiveness to our original question as to whether we view the larger society as hostile and full of danger or as something neutral or even of value.

For Rema, the mitzvah to not follow the ways of Gentiles focuses primarily on Gentile activities that are connected to other religious practices or sexual impropriety (Rema, SA YD 178:1). Rema is saying that we need not see the larger society as taboo or evil. There can indeed be much good in it. But we still must protect ourselves against certain specific areas that run counter to our values and commitments.

Vilna Gaon, in contrast, rules that this mitzvah forbids us to adopt – or at least consciously copy – any behavior, dress, or practice that originates in Gentile society (ad. loc., no. 7). Such a ruling results in, and possibly results from, seeing all of larger society as potentially dangerous and harmful.

The Talmudic tractate of Avodah Zarah is actually devoted to just this question: how to navigate and negotiate the larger, secular, and for them, pagan society. While different views are expressed, by and large the Talmud chooses to see areas of concern, but to not see the society itself as hostile. It forbids activities that can be seen as supporting or participating in pagan activities or that could lead to sexual improprieties or acts of violence. It forbids certain foods that might have non-kosher products in them. And it forbids certain interactions that could lead to intermarriage. That is quite a lot. But these safeguards are necessary precisely because one can and may live and participate fully in the larger society. Are there potential dangers? Yes, but there are also many benefits. Just don’t cross any red lines and you’ll be ok.

What does all this mean for Christmas gifts and parties? The answer to those questions has a lot to do not only with the above discussion, but also with how we view Christians and Christianity, and with what types of choices can be made for the sake of getting along with our non-Jewish friends, neighbors and co-workers. We will explore the answer to those questions next week. 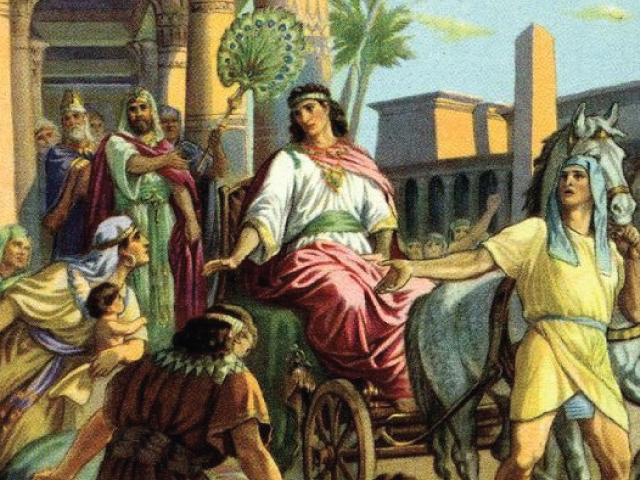