You are here: Home » Torah » Sefer Shemot » Vayakhel » May a Kohen Become a Doctor?

May a Kohen Become a Doctor?

This Shabbat we read Parashat Parah to remind us of the preparations that were necessary to undergo in order to be able to bring the korban pesah.  While it is hard for us nowadays to relate to the laws of corpse-impurity detailed in the maftir section, there is one case where these details really matter.  It is the question of whether a kohen can become a doctor.

To become a doctor in the United States, medical students are required to perform a dissection on a human cadaver.  For a kohen who wishes to become a doctor, this can present a serious halakhic problem.  A kohen is Biblically prohibited against becoming tamei by coming in contact with a corpse, unless the deceased is a member of his immediate family (Lev. 21:1; Rambam Avel 3:1; SA YD 369:1).  Is there any way, then, that a kohen may pursue career in medicine?

The import of this question should not be minimized.  Halakhah and tradition place great weight on what it means to be a doctor, bring healing to people, and save lives.  In addition, there are many people for whom their careers, or career aspirations, are tightly interwoven with their sense of self.  When halakhah prevents a person from following the path they have chosen for themselves, the results can be psychologically and personally devastating.  I myself know of a frum young man, who was told by a rabbi that he was not permitted to attend medical school because he was a kohen.  For him, this ruling so alienated him from halakhah that he soon gave up a life of Torah and mitzvot.

None of this means that we should be held hostage in our halakhic rulings because of how questioners might react, or that we should permit something that is forbidden.  What it does mean that we have to weigh seriously the human cost that this case presents.

So what are the halakhic issues here?  Applying the Biblical prohibition to our case assumes three things:

We start this week by looking at these three issues, to determine if they are unanimously held.  Next week, we explore the question of whether there might be a way to permit becoming a doctor, regardless.

Let us start with the status of kohanim.  This issue was addressed by Rivash (14th century, Spain), in a civil matter.  In the course of his discussion, Rivash noted that kohanim nowadays are only presumed to be kohanim (hazakhah), but are not definitively so.  This line of thought was picked up by R. Shmuel di Medina (1506-1580, Salonika), who ruled that a kohen could marry a woman who might have been forbidden rabbinically to a kohen.  He stated that any kohen was only a “doubtful” (safek) one.  In his case, because the matter was rabbinic, and because other doubts were present, R. di Medina permitted the kohen to marry the woman in question (Teshuvot Maharshdam, EH 235).

Rav Moshe Feinstein opposed using this ruling to be permissive in cases of tumah (Iggrot Moshe YD 1:230).  Rav Moshe stated that the question of a person’s status is a legal, not a factual, one, and therefore a person can be seen a doubtful kohen for matters of marriage but as a definite kohen for matters of tumah.  This bizarre legal state is created by what societal presumptions (hazakot) emerge from a person’s actions.  Since a kohen does not regularly and visibly make marriage decisions that demonstrate his status, there is no societal perception or presumption about his status when it comes to issues of marriage.  But kohanim do regularly avoid cemeteries and hospitals. These acts of avoidance establish a societal perception, and hence presumption, that he is a kohen when it comes to matters of tumah.

This might seem a little hair-splitting to some, and a posek could argue that R. di Medina’s ruling should be applied to matters of tumah as well.  But even so, it would only be relevant to matters that are not Biblical violations, as R. di Medina makes clear.

This brings us to the question of the weight of the prohibition nowadays.  Poskim assume that nowadays all of us, including kohanim, are presumed to be tamei, impure due to a corpse.  It is not clear why this was presumed to be so in the past, but it would seem that it almost certainly is the case nowadays when babies are born in hospitals which also house morgues.

Does the prohibition still apply if a kohen is already tamei?  Rambam, on the basis of the Gemara Nazir (42b), rules that it does (Nezirut 5:16-17).  Ra’avad disagrees. He states that once a kohen is tamei, he would not violate the Biblical prohibition if he came in contact with a corpse again.  Ra’avad ends his discussion with a pointed comment: “Since all kohanim today are tamei due to corpses, they no longer have a liability for becoming tamei, and if one wishes to obligate them [for transgression], he has the burden of proof.”

Ra’avad’s comments seem clearly directed to defend – or at least save from critique – those kohanim who acted in seeming violation of the Biblical prohibition.  While he says that they have not transgressed, he falls short of saying that such behavior is permissible ab initio.  This point is picked up by R. Yehezkel Landua (Dagul Merivavah, YD 332:2), and Hatam Sofer (Teshuvot, YD 338), who argue that for Ra’avad, a kohen is still not permitted to become tamei, at least rabbinically, and they even suggest that this restriction might have a basis in Torah law.  So while Ra’avad’s position is relevant for our discussion, it does not, on its own, seem to give a blanket permission for kohanim nowadays.

Does this prohibition apply to the corpse of a non-Jew?  Alluding to the verse we read this Shabbat: “A person (adam) who dies in a tent” (Num. 19:14), the Gemara states: “The graves of non-Jews do not cause tumah by means of a tent…  You (Jews) are called adam, but the non-Jews are not called adam” (Yevamot 61a).  The simple reading of this Gemara is deeply disturbing, as it seems to deny the humanity of non-Jews, saying that they are not called “adam,” a person.  Tosafot addresses this problem (ad. loc., s.v., vi’Eyn).  His most satisfying answer is that since this verse refers to death, the Torah did not want to directly speak of the death of Jew, so used the more generic term of adam.  When not being used as a euphemism, the term adam definitely refers to non-Jews as well.

As a matter of halakhah, this Gemara states that the corpses of non-Jews do not cause the tumah of tents.  What this means is that it would be permitted to be in the same building with such a corpse or under the awning of a tree with the corpse, or to be above the corpse.  All of this is highly relevant to questions of entering a hospital (are there bodies of Jews in the morgue, or only non-Jews?) or flying in a plane (is one flying over a Jewish cemetery, or a non-Jewish one?).  However, such a corpse still causes tumah when a person comes in contact with it or moves it, and hence it should still be forbidden for a kohen to perform an autopsy.

One Rishon, however, goes further.  R. Eliezer of Metz (12th century), basing himself on the Sifra and the Gemara Nazir (48a), ruled that a kohen may come in contact with the corpse of a non-Jew, writing in conclusion that: “I heard that there are those who forbid a kohen to come in contact or to lift the corpse of a non-Jew, but I have written what appears to me to be correct.  One who is strict should be blessed, but one who is lenient loses nothing.” (Yeriem 322). This surprising ruling finds little echo in later halakhic literature, although Shakh does not dismiss it out of hand, stating: “Regarding touching and carrying [a non-Jewish corpse], some say that even those who are lenient [when it comes to tent-impurity] would be strict [when it comes to touching], and so seems the opinion of the Beit Yosef.” (YD 372:4).

Next week, we will see how the poskim actually rule about this case, and what other arguments are made for and against a permissive ruling. 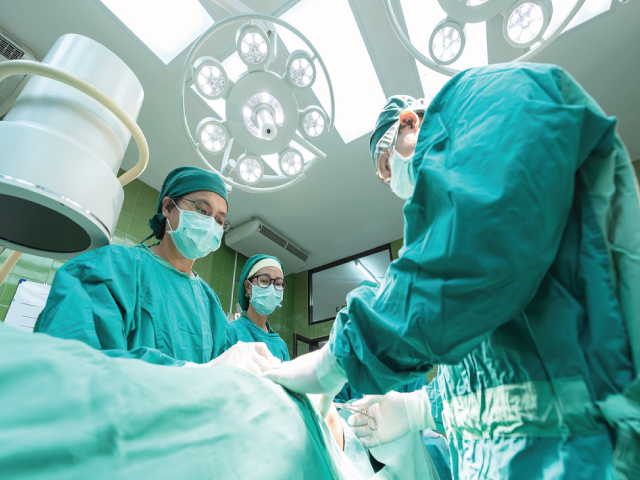 It Arises Miraculously (From Our Efforts)