Two weeks ago we began to explore the question of whether kohanim may become doctors according to halakhah.   We noted that three halakhic arguments could be advanced to question the applicability of this prohibition to the case at hand: (1) Kohanim nowadays are only presumed (hazakha) to be kohanim and might only have the status of doubtful (safek) kohanim; (2) If we are all presumed to be tamei nowadays, then, according to Ra’avad, kohanim do not violate a Biblical prohibition by becoming tamei again by a corpse; (3) According to Yereim, it is not a violation for kohanim to become tamei by the corpse of a non-Jew.  While each of these arguments may not be weighty enough on its own, there are poskim who rule that the combined weight of these arguments would be strong enough to permit a kohen to perform dissections for the sake of becoming a doctor.

We now explore a number of additional approaches to this question. The first one is connected to this week’s parashah, Tzav.  Tzav describes the process of the seven days of initiation that will both sanctify the Mishkan and sanctify Aharon and his sons, conferring upon them their priestly status for that time and for future generations.  The linking of, and the parallels between, their initiation and that of the Mishkan, which is even more explicit in the earlier section in Shemot (ch. 40) where it was first commanded, makes it clear that this process transforms them into a part of the Mishkan and its apparatus.  They become the klei kodesh, the sanctified vessels of the Mishkan.

Central to this process is the act of enrobing them with the priestly garments (Vayikra 8:5-9).  Following this, and quoting the verse in Shemot where the command to enrobe the kohanim first appears, the Talmud (Zevachim 17b) makes the following startling statement:

This idea is used by the Talmud as the basis for invalidating a sacrifice that was brought by a kohen who was not wearing his priestly garments.  It is clear from context that the scope of this statement is limited to Temple matters.  It is only in the Temple where kohanim must wear their priestly garments, and the robing of them in our parashah was a sanctifying of them as part of the Temple. Nevertheless, the unqualified nature of this Talmudic statement led some to apply it, to a certain extent, to a kohen’s status outside the Temple.  Hagahot Mordekhai (Gittin 461) relates the following story:

Once a kohen poured water (for washing) for Rabbeinu Tam.  His student asked him: “But have we not taught in Yerushalmi that if a commoner makes use of a kohen, he has violated Temple property (ma’al)?”

Rabbeinu Tam responded to him: “Kohanim do not have sanctity nowadays, as we rule: ‘When their garments are on them, their sanctity is on them,’ and if not, not.”

Rabbeinu Tam seems to be saying that a kohen without his priestly garments has no status of a kohen at all.  But obviously this is not the case, and the student himself challenges Rabbeinu Tam on this point:

The student then asked: “If so, then we should not treat them as holy in any way!” And Rabbeinu Tam was silent.

Rav Peter (a different student of Rabbeinu Tam), however, responded that while kohanim do have sanctity nowadays, they are able to waive it (limhol).

For Rav Peter, the priestly garments confer an objective sanctity that cannot be waived.  However, absent these garments, a kohen is – seemingly – in control of his sanctity and can choose to forgo it.

The idea that such a thing is possible explains the stories we hear about kohanim who have given up their kehunah status so that they can marry without restriction or so that they can become tamei by dead bodies, and thus become doctors, or serve as funeral directors, or the like.

Sadly, this is not what Rabbeinu Tam meant and not an acceptable choice within halakhah.  Taz (OH 128:71) addresses this question directly:

… But I find this difficult, for we rule that we have an obligation to enforce a kohen’s sanctity upon him even against his will, and if he married a divorced woman, we force him to divorce her, as is stated in Yevamot (88b), “If he does not want to divorce her, we physically punish him until he does so.”

It is clear throughout the Talmud that even in the absence of priestly garments, a kohen has no way to avoid the restrictions of marriage and tumah.   What then is the proper scope of Rabbeinu Tam’s ruling that a kohen can waive his sanctity?  Arukh HaShulkhan (OH 128:68) offers a straightforward explanation: the ability to waive one’s sanctity was only meant to apply to benefits that the kohen receives due to his sanctity.  Honor that we afford to the kohen can be waived.  Restrictions cannot.  In the Arukh HaShulkhan’s words:

It is clear that when it comes to the ways in which God confers sanctity upon them (i.e., marriage restrictions and prohibitions of becoming tamei), they have no ability to change this, and it is not up to them, for it derives from a Divine decree.  But when it comes to those areas where we must sanctify them, i.e., show them honor, that is indeed in their control (to accept or to waive).

I would offer a different explanation of Rabbeinu Tam.  The particular issue that Rabbeinu Tam was dealing with was the restriction against making use of the services of a kohen.  Yerushalmi states that to do so is to – metaphorically – do an act of me’ilah, misuse of a sanctified object.  This restriction then derives from a kohen’s status as part of the Temple.  That status, just like his ability to offer sacrifices, is intimately connected with his wearing of the priestly garments.  When those garments are not upon him, we are no longer dealing with me’ilah, and the only concern is one of kavod, honor.  And honor, even honor due to a person’s kehunah status, is something that a person can waive.

Our parashah and the Gemara point to the way in which a kohen’s status to serve in the Temple, indeed to be considered part of the Temple, is intimately connected with his wearing of the priestly garments.  Nevertheless, his status for all other matters exists independently of the priestly garments.  The absence of these garments, then, can serve in no way to permit a kohen to become tamei because of his desire to pursue a career in medicine.

The second approach that we now look at focuses not on the kohen’s status but on the restrictions against becoming tamei.  It will be remembered that Rambam does not adopt Ra’avad’s position and rules that even if kohanim are tamei nowadays, they are still prohibited against coming in contact with a corpse.  Why is this so, if no new tumah is contracted through this act?  The answer, given in Gemara Nazir (42b), is that one does indeed increase his level of tumah when he touches a corpse even if he had just touched a corpse a minute earlier, since while he is in contact with the corpse he can make any object that he touches tamei at the highest level of tumah.

Based on this, Rav Goren came up with an ingenious solution to our problem.  He pointed to the Talmud’s ruling that a metal object that comes in contact with, or is under the same roof of, a dead body, has the same level of tumah as the dead body itself.  But although it has the same level of impurity, a kohen is allowed to touch it since it is not part of an actual corpse (Semachot 4:21 and Rambam Nezirut, ch. 7; but see Rambam, Tumat Met 3:3).

This, says Rav Goren, is a perfect way to solve our problem.  All we have to do is to take a metal pin into a room with a corpse, or touch it to a corpse.  The kohen can then wear the pin while doing the dissections.  Since he will now have the highest level of tumah, he will be able to touch a corpse – the cadaver he is dissecting – without increasing his level of tumah, and thus without violating the prohibition against becoming tamei!

Needless to say, there are many who argued against this approach.  But it is, in fact, the approach that many kohanim who want to become doctors do choose to adopt.

We have explored ways of permitting a kohen to pursue a career in medicine that focus on his status or on the scope of the prohibition against becoming tamei.  What is left is an exploration of whether this can be permitted on the principle of pikuah nefesh, saving a life, although there is no life immediately at risk.  This discussion will have to wait for another time. 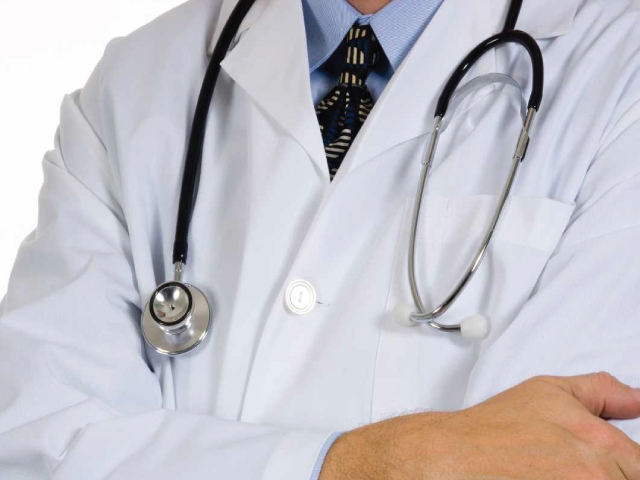 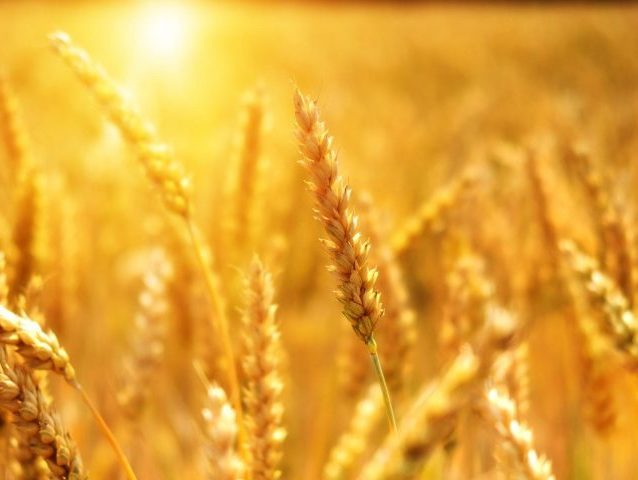 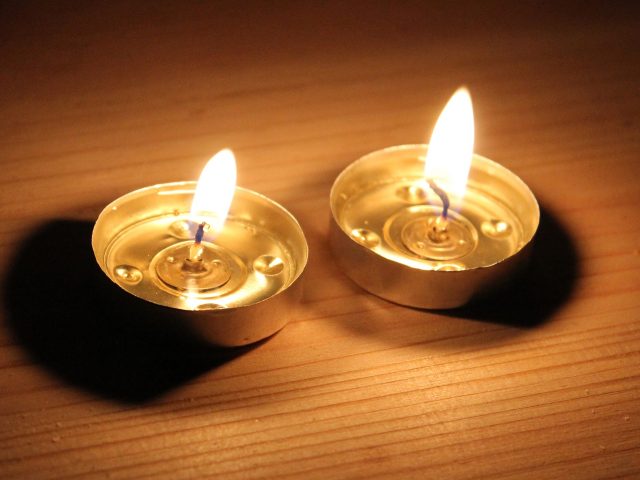 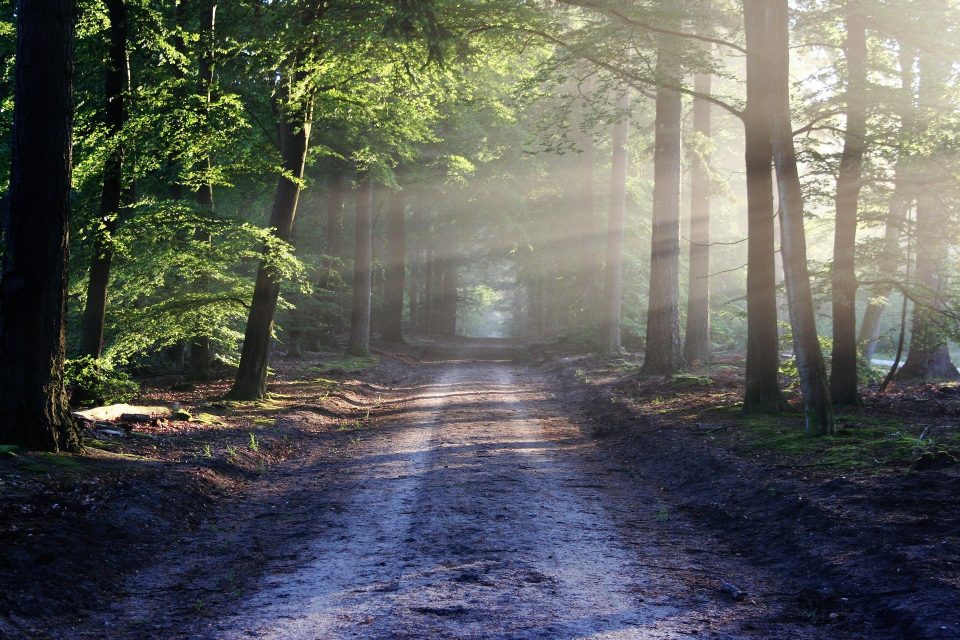 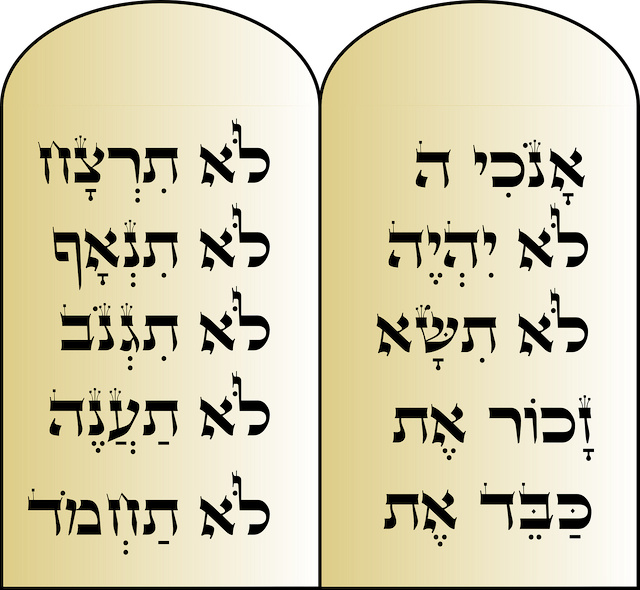