You are here: Home » Torah » Sefer Vayikra » Tazria » May a Husband Give His Wife Supportive Touch During Childbirth?  – Part 1

May a Husband Give His Wife Supportive Touch During Childbirth?  – Part 1

QUESTION:  I am nine months pregnant, and my husband and I have been doing Lamaze classes to prepare for the birth of our baby.  Part of the Lamaze method includes pressure massage and massage of the abdomen.  I have been told, though, that it is forbidden by halakhah for my husband to do this because I will be in niddah at that time.  Some people have even told me that I can’t hold my husband’s hand during childbirth for this reason.  Is this true?

ANSWER:  It is wonderful to hear that you are expecting a baby!  B’sha’ah tovah u’mutzlachat!

Your question is one that many frum people are asking these days.  In just the last few years, there have been multiple Hebrew teshuvot and articles written on this topic in Israel, although it has so far received little, if any, treatment in English.  To answer this question we must address three issues:

We will explore the first two questions this week, and the third and final question next week.

The Torah’s laws of tumah and taharah open with the case of a woman who has given birth: “When a woman gives forth seed and bears a male, she shall be tmeiah for seven days, according to the days of the separation infirmity she shall be tmeiah.” (Lev. 12:2).  After the birth of a son, a woman is tmeiah, ritually impure, for seven days, and after the birth of a daughter, for fourteen days (12:5). During her period of tumah she is forbidden to enter the Temple or eat sacrifices (12:4).  Interestingly, the Torah never states that after childbirth a woman is forbidden to have sexual intercourse with her husband.  However, since the Torah uses the word niddah to describe her state (niddat de’votah, her separation infirmity), Hazal took it for granted that her tumah is equivalent to that of a woman who has niddah impurity. Just as a woman who is in niddah may not have sex with her husband (18:19), the same is true for a woman who has just given birth.

A woman is considered to be tmeiah from the moment of childbirth, defined by halakhah as the emergence of the head or, in the case of a breach baby, the majority of the baby’s body (Mishnah Niddah 3:5, YD 194:10).  Following this, touch should not be a problem until the actual moment of childbirth or until she sees uterine bleeding which would render her to be in a state of niddah. [This would not apply to mere staining, ketamim; the line between niddah bleeding and stains is complex and beyond the scope of our discussion.]  This is indeed how a good number of poskim rule (see Taharat HaBayit 11:7, 11 and the sources cited in the footnotes; Badei HaShulhan, Beiurim, on 194:2)

Some poskim disagree with this conclusion.  They point to a debate in the Talmud regarding a miscarriage of a fetus less than 40 days old in which no unterine bleeding occurs.  Such a woman would not have the tumah of childbirth, because the fetus is still underdeveloped.  Would she, though, be in niddah?  One position holds that she would not.  The other position holds that she would.  Although no uterine bleeding was seen, “it is impossible that the ‘grave’ (the term used for the womb in the case of a miscarriage) opened up without blood being released.” (Niddah 21b).  Shulkhan Arukh rules with the latter opinion (SA YD 188:3).

Based on this ruling of Shulkhan Arukh, a number of poskim rule that a woman in childbirth is to be deemed in niddah from the time her womb has opened.  They define the “opening of the womb” to occur when the cervix is 4 cm. dilated,  when this dilation occurs as part of the process of childbirth (see Sidrei Taharah and Kreiti u’Pleiti on YD 194:10; Darkhei Taharah, pp. 110-111, Shaarei Orah, pp. 246-7).

There are many reasons to question the relevance of this latter position to our case.  The case in the Talmud was one where something – the miscarried fetus – emerged from the womb.  There is no evidence that this halakhah would apply during childbirth, when nothing yet has emerged (see Havot Da’at and Beit Meir on YD 194:10; Noda BeYehudah  in a responsum printed in Teshuvah Mei’Ahavah 116; Pithei Teshuvah, YD 194:8).

Indeed, in Shulkhan Arukh as well, the concern with the “opening of the womb” appears only in cases where something is expelled or emerges from the woman’s body (see YD 188:3, 194:2). Moreover, when the Gemara and Shulkhan Arukh discuss the exact time when a woman who is giving birth becomes temeiah, they never raise the possibility that she should be in niddah at a stage prior to the emergence of the fetus.  It seems quite clear from Shulkhan Arukh that until at least a limb of the baby emerges from the uterus, the woman is not temeiah (YD 194:11).

Even the author of Badei HaShulkhan, who is usually quite strict, states that “In truth the correct ruling is in accordance with the poskim who are lenient… Therefore, when necessary, for example, when the woman is asking for her husband’s help, one can be lenient like these poskim and the husband is permitted to touch his wife in order to provide her help or support” (Badei HaShulhan, Beiurim, on 194:2).

Of course, if one is prepared to rule unambiguously like those poskim, then it would not require special circumstances to permit touch.  And all types of touch would be permitted.  This is indeed how I rule:

A woman is not in niddah until a limb of the baby emerges from the womb, or until she actually sees blood (and not merely a stain).  Prior to this stage, she is not in niddah and it is permissible to continue all forms of touch as before.

Having said that, the woman will see blood, and the baby will emerge.  Given that a woman will be in niddah at some stage in this process, we must now turn to our second question: what restrictions may be overridden for a woman in childbirth?

Overriding Restrictions for a Woman in Childbirth

One of the classic examples in the Talmud that pikuach nefesh docheh et ha’Shabbat, saving a life overrides Shabbat, is the case of a woman in childbirth.  Once the “opening of the womb” has occurred, she is considered to be in a state of sakanah, life danger, and even Biblical laws of Shabbat may be overridden for her sake  (Mishnah Shabbat 18:3; Bavli Shabbat 129a, SA OH 330:1).   She is considered to have entered the stage of potential danger if she is experiencing uterine bleeding as part of the process of childbrith, or if she is “on the birthing stool,” that is, actively in labor, or if she is not able to walk, due to her state of labor, without her friends supporting her.

The Talmud states explicitly that Shabbat may be overridden even to do acts which are done purely for yishuv ha’daat – giving the woman peace of mind, calming her, or alleviating some anxiety:

“We violate Shabbat for her sake” – this includes… that if she needs a candle to be lit, her friends light a candle for her… Is this not obvious?  No, for our case is one where the woman is blind. I might have thought that since she cannot see, it would be forbidden to do so, so this text teaches that this is permissible, because doing so will settle her mind (meitav da’atah).  She thinks – if I am in need of anything, my friends will now be able to see and better take care of my needs.

Shulkhan Arukh rules accordingly: “A woman in childbirth is considered to be like a sick person in a state of life danger.  We violate Shabbat on her behalf, for any need that she may have: we call her a midwife to come from a distant place, and we light a candle for her, even if she is blind…” (SA 330:1).

This ruling establishes an important principle for all matters of medical care on Shabbat – maintaining a person’s peaceful state of mind, yituvei da’atah – is part of the needs of the sick person, just like any other medical treatment.

Poskim spell out clearly just how far this goes.  For example, Mishneh Brurah rules that since we know that having a candle lit will make the woman feel better, we should light the candle even without her asking for it (MB 330:3).  Similarly, Tzitz Eliezer rules that a woman in labor can have a doctor come on Shabbat from a far away location, even if there is another doctor who lives closer (13:55).  It is commonplace, in fact, for women in labor to be driven on Shabbat to a more distant hospital, if that is the place that she prefers to give birth.

It would thus seem that even once the woman is in niddah, it should be obvious that it is permissible for her husband to do whatever she needs to feel supported and to help her have a peaceful state of mind.  And yet we find that many poskim are much more ready to permit Biblical violation of Shabbat in such cases, then they are to permit the Rabbinic restriction against non-sexual touch between husband and wife.  Next week, we will see what this is all about. 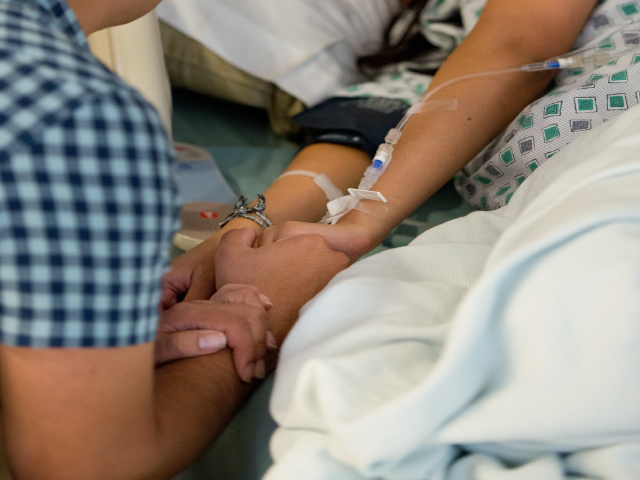 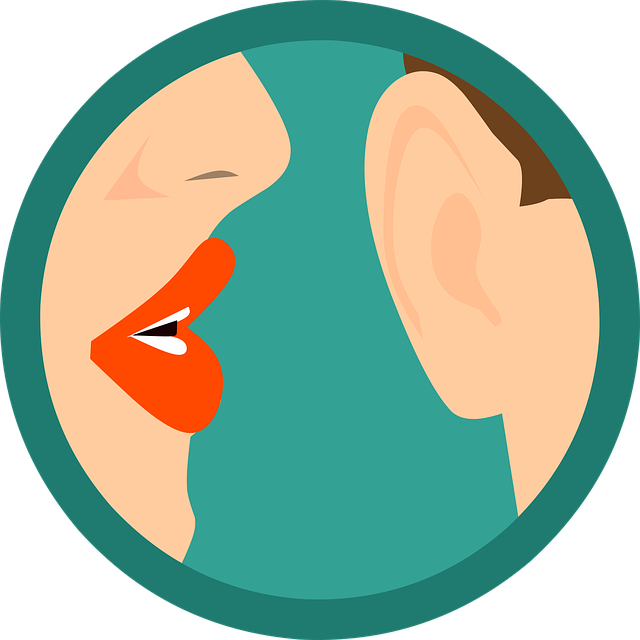 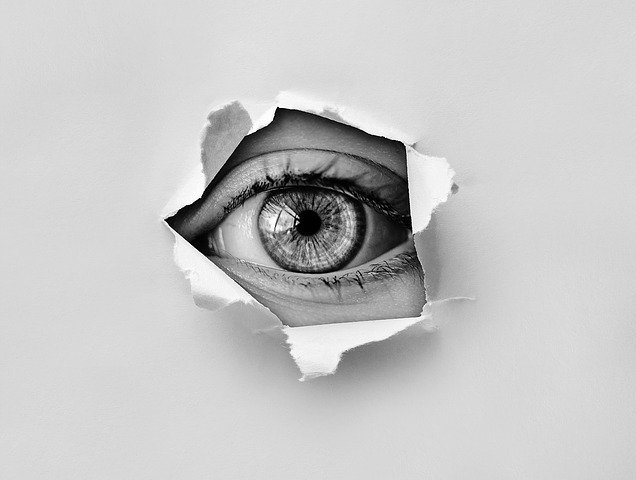 The Healing Power of Seeing Each Other 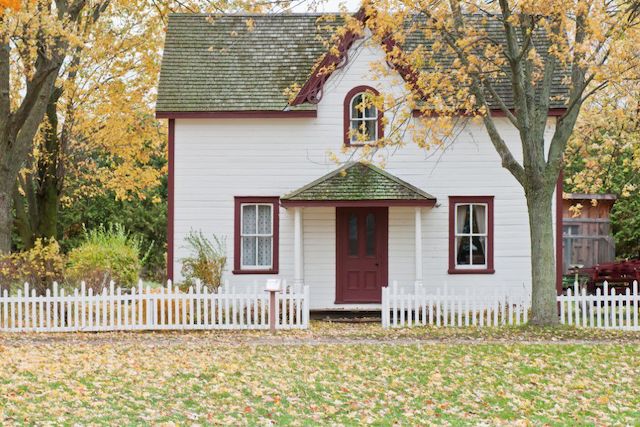