The Temple rite of the suspected adulteress, the sotah, is profoundly challenging to our contemporary sensibilities. As the Torah describes it, a man who is seized by a fit of jealousy and suspects—with purely circumstantial evidence—that his wife has committed adultery can bring her to the Temple and force her to undergo an ordeal which contains elements of shaming and declarations that presume guilt: The woman’s head is uncovered. The kohen proclaims curses that will befall her if she has sinned, and the water mixture that she must drink is described as “bitter, curse-bearing water” that will enter her body “to cause bitterness.” In contrast, the kohen never proclaims the blessings that she will received if she has not sinned, and the water is never described as “blessing-bearing.” Additionally, when describing the possibility that she has not sinned, the Torah uses the word “im,” “if.” When describing the possibility that she has sinned, the Torah uses the word “ki,” a word that means both “if” and “because” or “inasmuch as,” the subtext being, “because you have strayed, you will be cursed.”

Modern readers are likely to find all of this deeply disturbing. First, the whole idea of trial by ordeal is foreign not only to our notion of earthly justice, but even to that of the Torah. Indeed, Ramban remarks that this is the only time in the Torah that a case is decided by invoking a miraculous process. More challenging, however, is the degree of control and power that a husband can exercise over his wife. He can suspect her of adultery and force her to undergo this procedure, but she cannot do the same to him.

In a polygamous society, marriage limited the wife by demanding her complete fidelity to her husband, but not so for the husband, who was still free to marry (or have sex with) other women. For a woman, to commit adultery was to betray her husband, to violate the fidelity of the relationship, what the Torah refers to as ma’alah bo ma’al, to trespass against him. In contrast, for a husband to have sex with another woman was not considered adultery if she was not married, and even if she were, it was a trespass against the other woman’s husband, not against the man’s own wife.

This asymmetry is true in general, but the case of the sotah demonstrates that this difference in law translates into a significant imbalance of power. Because his wife has trespassed against him, the husband has the power, based on nothing more than a suspicion, to force her to undergo a shaming ordeal. Read this way, the Torah is giving license to an abuse of power by the husband against his wife. But perhaps the opposite is true. Perhaps the Torah is trying to protect the wife and rein in the degree of control that a husband might otherwise have had in ancient society.

The first thing that should be emphasized is that in Hazal’s reading of the verses the husband has less arbitrary power and there is more evidence, although still of a circumstantial nature, that adultery has taken place. In their reading, the husband’s act of jealousy (kinah) is a formal act of warning his wife before witnesses not to be in private with a specific man. After this warning, the husband is only entitled to impose the sotah ritual if there are witnesses that she has been in private with this man, which increases the likelihood that she has committed adultery. In general, the Rabbis impose a  judiciary framing on this process, and make it much more an issue of administering justice than of the husband’s jealousy.

I would like to explore how we may understand the sotah ritual differently even if we focus purely on the pshat reading of the verses.

It is notable that Hazal, in their distilling of the religious message of the rite of sotah, did not overly focus on the husband’s power or even on the consequences of sexual infidelity. For Hazal, the primary lesson of the ritual was, “My name that was written in holiness should be erased into the water in order to make peace between husband and wife” (Shabbat 116a). That is, the lesson was the great extent to which God was willing to go in order to reconcile husband and wife. For them, the purpose of this ritual was to create peace, not to heap blame and shame upon the wife.

What does it mean to see this ritual through such a lens?

First, we might wonder how such jealousy could have played out in the absence of this ritual. It is possible that, in surrounding societies, a husband suspecting his wife of adultery would have been able to punish her as he saw fit, perhaps even by killing her. The Torah is circumscribing this “tribal law” response and insisting that the case be dealt with through more central, controlled, dispassionate means, much like it did in the case of the redeemer of blood.

Jacob Milgrom points out that the Torah never uses the word no’ef here, the legal term for committing adultery, underscoring that we are only dealing with the husband’s suspicions, that there is no legal basis to punish the wife in the courts or elsewhere. In fact, if the woman was indeed guilty, the Torah only states that she will suffer and presumably  become sterile (in contrast to Hazal’s understanding that she would die as a result). Thus, since there was no objective basis for prosecuting her, even an actual act of adultery would not be punished as severely as it would have been in the courts.

The sotah rite could be seen as a corrective even if the husband would not have been able to punish his wife solely on his suspicions. Nevertheless, such claims would mean that she would have to go through life with a cloud of doubt; she would be shunned by society. The Torah creates this ritual as a way of cleansing her of this guilt and restoring her position in society.

It is safe to say that there were few cases that merited the miraculous intervention and Divine action required by the ritual. Indeed, the Gemara states that, in general, miraculous events associated with the Temple ceased in the Second Temple period.  Elsewhere it specifically lists many reasons why the sotah ritual was so often ineffective. Thus, the result of God’s Divine name being erased and the absence of a visible Divine punishment were an affirmation of the wife’s innocence and thus helped bring peace between husband and wife.

The ritual itself was also not as degrading as we might imagine it to have been. Unlike the description of the ritual in the Mishna, there is no indication that it was done in public. [A number of modern scholars note that the Mishna assumes an audience for Temple events, such as the sotah ritual and the avodah</em) of Yom Kippur, although there is no indication from the Biblical verses that such an audience was present.] The only act that might have had this effect was uncovering her hair, and if this were not done in public than the shaming effect might have only been minor. Perhaps the purpose of this minor shaming was to allow the husband to feel that his wife at least received some punishment for what he imagined were her improper acts. Perhaps it served some other purpose. Regardless, we are not dealing with a public shaming ritual.

Hazal’s invocation of God’s name also alludes to a section in the Torah that is juxtaposed the rite of sotah, namely, the blessing of the kohanim, which ends with the words, “and God will place upon you peace.” The Torah concludes that section by stating, “And they shall place my name on the Children of Israel, and I will bless them.” Here, we are being told, is a fulfillment of that blessing: God’s name is placed on—given to—the Children of Israel so that God may create peace between husband and wife.

This lesson has guided many areas of halakha. Because of what God has allowed to be done to God’s name, halakha dictates that similar accommodations can be made in halakha to achieve marital peace; there are times when halakha can be overridden for the purpose of “making peace between husband and wife.” And as regards the suspicion of adultery, halakha has made it enormously difficult to determine that a woman has committed adultery. Even overwhelming circumstantial evidence, even a woman’s own admission, is not sufficient proof that an act of adultery has occurred. If the couple wants to reconcile and remain married, halakha almost always finds a way to make this possible.

At the end of Tractate Nedarim, which deals with the power of words, the Talmud relates a story of a husband who came home one day to find another man jumping out of his bedroom window and his wife naked beneath the covers. Rava declared that we are to presume that the wife did not commit adultery since, had he been an adulterer, the other man would not have allowed himself to be seen by the husband. Besides the fact that the man may not have had a choice as to whether or not he was seen, Rishonim are bothered by the necessity of such an explanation. There is no direct evidence of adultery, so as a matter of halakha we can assume that no adultery took place. Ran explains that, nevertheless, the husband would have believed that his wife committed adultery and felt the need to divorce his wife. Rava’s words serve to reassure the husband that, as a matter of law and as a matter of fact, his wife had not slept with another man. These words, like God’s name and God’s words scraped into the water, served the purpose of bringing peace between husband and wife, the enduring message of the rite of sotah. 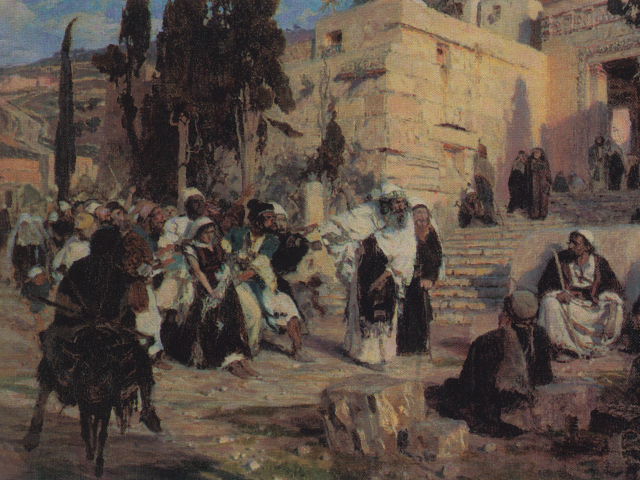 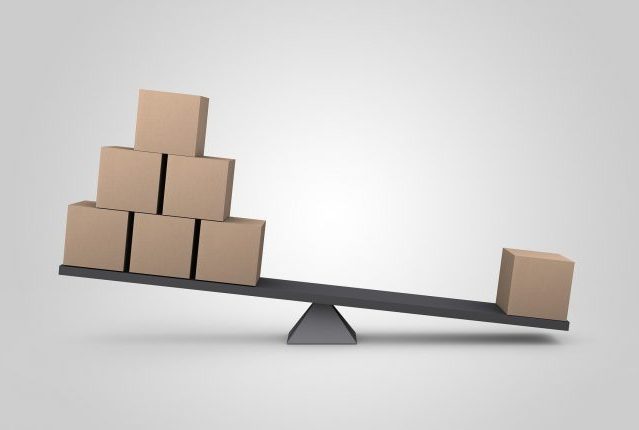