You are here: Home » Torah » To Believe or to Have Faith

To Believe or to Have Faith

The Ten Commandments open with the declaration “I am the Lord your God who brought you out of land of Egypt.” This is often understood to be a mitzvah of belief. Is there such a mitzvah? And what do we mean by belief anyway? Is there a difference between belief and faith?

There are two types of belief: ‘belief that’ and ‘belief in’. To ‘believe that’ is to believe or accept that a certain statement is true; to ‘believe in’ is to have trust in a person, and to believe in that person’s trustworthiness. I believe that the world is round, not in the world being round. A child believes in her father – this is not the assertion of some fact about him that is true, it is that she trusts her father, she knows that her father will always be there for her, and she trusts that he will protect her.

The word emunah can refer to either of these two meanings, and this is reflected by two parallel words: amen and o-men (spelled א-ו-מ-ן). “Amen” is a word uttered to indicated agreement and concurrence with a statement or sentiment. It is to assert something as true. O-men is to nurture and raise, and an omanet is a nursemaid. The emunah that is connected to amen is a belief that, the emunah that is connected to o-manet is a belief in. The first form of belief is intellectual and connects to the mind, the second is emotional and relational, and connects to the heart.

What type of belief, of emunah, is our parsha most concerned with? When we are commanded to believe in God, is it a ‘belief in’ or a ‘belief that’?

Rambam, in his famous discussion in chapter 8 of his Yisodei HaTorah, Fundamentals of the Torah, his first book in Mishne Torah, asserts that the Torah is concerned with our belief that, or belief that God exists, and that Moshe is God’s true prophet. Rambam in concerned with the question of how we can know, as an absolute certainty, that Moshe was communicating the direct word of God. Rambam’s answer to this is that it was not due to the signs and miracles, because “one who believes due to signs and miracles, always has some doubt in his heart, for perhaps the sign was done through some trickery.” (Yisodei HaTorah 8:1). Thus, says Rambam, when God says to Moshe that Bnei Yisrael will believe because of the signs that Moshe will do (cf. Shemot 3:11-4:9), Moshe was troubled that this would not lead to firm belief, and thus God told Moshe that that would come when the Torah was given at Sinai, and everyone saw with his and her own eyes that God gave the Torah and spoke directly to Moshe.

For Rambam, the philosopher and the one who authored the list of the Thirteen Principles of Faith, what was and is of central importance is that the Jewish People believe that certain propositions about God and Moshe are true. Thus, Rambam also begins this book, indeed the entire Mishne Torah, by stating that it is a mitzvah to know that God exists. What is key is what we intellectually assert, and – better yet – what we know as fact.

Ramban – Nahmanides – disagrees.  Ramban argues that we may not be commanded to believe that God exists.  He notes that the first of the Ten Commandments is phrased as a statement, not an imperative.  He draws our attention instead to a verse from this week’s parasha, “Only take heed… lest thou forget the things which thine eyes have seen… but teach them thy children and thy children’s children.. the day that thou stood before the Lord thy God in Horeb” (Deut. 4:9-10).  We are commanded not to assert facts, but to remember.  Remember that we received the Torah at Har Sinai.  Remember that God was there for us when we left Egypt.  It is not belief that God exists or that the Torah is from Sinai.  It is belief in God and in Torah mi’Sinai.  It is not about theology , but about memory.

For Ramban, our work is to cultivate this memory, individually and collectively.  To relive the experiences in our mind, to be emotionally and religiously impacted by their power, and to pass this experiential reality, this lived faith – not the dry assertion of certain facts – down to our children.  This active, living memory has the power to strengthen our relationship with God, to strengthen our trust in God, to strengthen a life of Torah and mitzvot.  It is about faith more than it is about belief.

The Torah talks about both types of belief.  Li’ha’amin or li’ha’amin li… is to believe that; li’ha’amin b’…is to believe in. When, in Parshat Shemot, God says, “v’ya’aminu ki” – and they will believe that [God has appeared to you], and “im lo ya’aminu lakh,” if they don’t believe you (that what you are saying is true), then “v’he’eminu li’kol ha’ot ha’acharon” – they will believe the evidence of the last sign (Shemot 4:5, 8). These are all to prove that something is true, that God has sent Moshe to redeem the Children of Israel. This is the specific concern at the beginning of the Exodus. This, however, is not the abiding concern of the Torah.

The abiding concern of the Torah, however, is not belief that, but belief in. “V’he’eminu ba’Hashem” – and they believed in God. The experience at the Splitting of the Sea imbued in them a faith in God, they knew that God would always be there for them, they knew that God was there to care for them. They knew that they were protected by God. It was the faith of a relationship, not the belief in a fact.

In these difficult times of the coronavirus, when so much seems to be out of whack in the world and we may often feel that we are not able to control or direct our lives or plan meaningfully for the near future, let us work to cultivate and nurture our relationship with God, to develop our belief in God. Let us try to connect to those past experiences, to God’s protective presence throughout history, to the flourishings that occurred after times of tragedy – the growth of Rabbinic Judaism after the destruction of the Temple and the establishing of the State of Israel after the Holocaust. And let us work to identify, to notice, those moments in our own lives which allow us to feel God’s presence, even now, and go back to them again and again, so that we may truly be able to trust in God, and to move forward with hope and with faith. 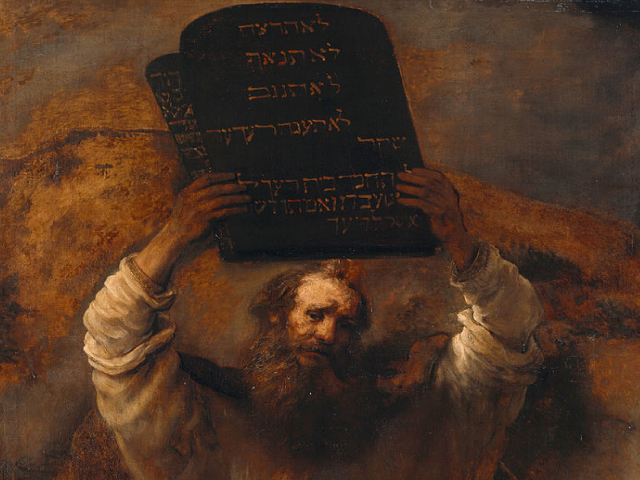