One of the wonderful perks of having an entire Parsha dedicated to Balak and Bilam’s plot, are the numerous parallels that one finds with the stories of our Avot. At first glance every story in Tanach has references and connections all over Tanach — and yet, upon review, the Bilam story is unique. The parallels within Tanach often relate to characters who we perceive as “our own.” When Rut and Boaz parallel the story of Ya’akov and Tamar, or when the book of Esther recalls so many moments from the Yosef saga, these connections feel personally significant as they shed light on recurring themes, characteristics, and traits of *our* people and their experiences. Given that we read the Torah not merely as a literary text, but as a religious devotional text — one in which we read the events and narratives as the foundation and antecedent of our contemporary Jewish community — we read these stories as containing deep resonance and messages for our current moment.

Therefore, when we have a tale which prominently receives its own Parsha, and is not even told from the perspective of the Jewish people — one has to wonder what we are to do with this story. More so, when the literary parallels drive us to other narratives — how do we elucidate their meaning? Through a short exploration of a few parallels in this week’s parsha, we hopefully gain some insight and direction on these questions.

A few components from the beginning of the Parsha jump out as relating to the meeting of Ya’akov and Esav in Parshat Vayishlach. The first, is the language of “Vayishlach Melachim” (Numbers 22:5) — the messengers who Bilam sends, and whom he resends, after the initial rejection, with increasing number and prominence than the previous group. In Ya’akov’s case, he sends his flocks all at once, with gaps between them, as a similar way of showing honor ahead of their encounter. There too, the story opens with the language of “Vayishlach Ya’akov Malachim Lefanav (Genesis 32:4).

A second parallel that is worthy to note is the presence of the word “Lan” — to sleep. Bilam invites the messengers: “Lini Po HaLayla,” (Numbers 22:8) spend the night, so he can have a conversation with God before giving them an answer. Parshat Vayishlach in Bereshit also contains similar language — “Vayalen Sham Balayla Hahu” (Genesis 32:14) — It is specifically mentioned that Ya’akov and his family rest on that evening, on the cusp of their encounter with Esav. Of course, Ya’akov wakes up in the middle of the night — to initially move his family, and ultimately wrestle with the “Ish” — this too, a type of divine conversation.

What are we to make of these parallels? In a general sense, both stories capture the experiences of those fearful of a coming encounter. For Ya’akov, it is the fear of meeting Esav, afraid that Esav plans on harming him and family. The Bilam story is motivated by Balak’s fear of the Jewish people — that they are going to bring destruction upon Moav as they pass through on their way to Israel, just as they had done to the Emori. For both — death and destruction are forces which drive the narrative, the fear of the other, their strength, their motivations, their history, are seen as a threat.

In a different vein, the language of spending the night directs us to the importance of time and patience. A night to regroup, to wait, to deliberate, to pray, and to encounter God. Nighttime and the darkness which is so often associated with the unknown and with fear, here functions as a time for doing, learning, acting, listening, and engaging, and waiting, even in the shadows of evening. If the daytime is characterized by messenger-sending and gift-giving, appeasement, or overt shows of strength, the night highlights the work the personal work that needs to be done on one’s own homefront — even at the scariest moments.

That these two texts share these themes, help us realize that the emotional experience of fear, and the strategies we employ to find comfort and safety — are universal, human qualities. Whether it is Ya’akov on the brink of his own family’s destruction, or B’nei Yisrael being perceived as an existential threat to the Moabites — they enter into a protective mindset. So where do we go from here?

There is another important parallel at play. The same language of “Lan” appears in another encounter between the Jewish people and Moav — in the book of Rut. Rut, who is from Moav, first tells Naomi “B’asher Talini Alin” — where you will rest, I will rest, and then Boaz reciprocates with his invitation to Rut: “Lini Halayla” (Rut 3:13) — to spend the night, and wait until morning to figure out if he will need to step up to be the redeemer. This then places an entirely different spin on the encounter between these two peoples. It is one that is now driven by protection, not of self, but of the other. It is one of coming close in shared humanity, rather than letting terror reign. From these moments we see that the story of Bilam does not only reflect backwards to the encounter with Ya’akov and Esav, one driven by fear and destruction — but also invites us forward to the encounters in Rut, reflecting themes of openness, welcoming, and shared destiny.

May we follow in the path of Bilam’s own blessing: Mah Tovu Ohalecha Ya’akov, Mishkenotecha Yisrael, How good are the tents of Jacob, the dwelling places of Israel (Numbers 24:5)— that our encounters with the “other” – be inviting, rather than rejecting, and that our journeys into new lands, and the journeys of others into ours, be characterized by hope  rather than fear. 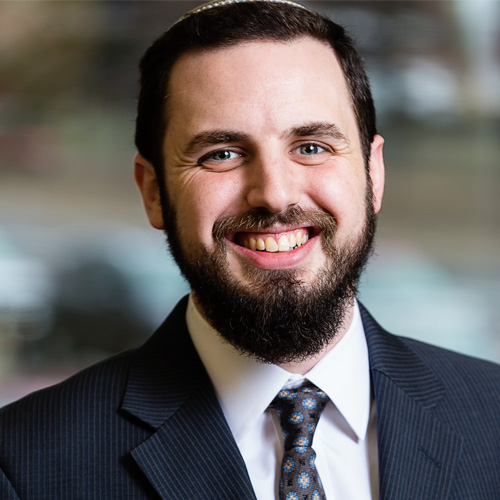