You are here: Home » Torah » Sefer Shemot » Moving from the Real to the Ideal The Torah commands us in the laws of Shmita for the first time in Shemot 23:11: “And six years you shall sow thy land, and shall gather in the fruits thereof. But the seventh year you shall relinquish it; that the poor of your people may eat: and what they leave the beasts of the field shall eat. In like manner you shall deal with your vineyard, and with your oliveyard”. The Shmita year is one in which we cease our working of the land to recognize that all that we have is God’s. It is a year when the poor eat freely from the land and when all debts are released, a year of greater economic and social equality. The vision of Shmita is a utopian vision, but can it be translated into reality?

The mitzvah to free one’s slaves presents a similar vision and a similar challenge. The very first in the long list of laws in Shemot states that any slave purchased must be freed following six years of servitude. This is the first law given to Bnei Israel – newly-freed slaves themselves – by God, who declared at the theophany at Mount Sinai that, “I am the Lord your God who took you out of the Land of Egypt from the house of slavery” (Shemot, 20:2).

The message seems clear: An ideal society is one that has no slaves; no one person has a right to enslave another. This is a concept that Bnei Israel should understand more readily than anyone. The Torah, however, recognizes that they will not be able to live up to the ideal any time soon. In a world that was economically dependent on slavery and where slavery was the norm, the people could not be asked to abolish the practice immediately. For the ideal to translate into reality, some of the vision needed to be temporarily sacrificed. If you must purchase slaves, free them every seven years; don’t own them fully as property; remember that they are human beings and that every human being deserves to be free.

Yet the people could not even adhere to this compromise. The prophet Yirmiyahu admonishes the Israelites of his age for flagrant violation of this mitzvah. And they immediately regretted their decision when they did attempt to follow it, seizing those they had freed and forcibly returning them to servitude:

Thus says the Lord, the God of Israel; I made a covenant with your fathers in the day that I brought them forth out of the land of Egypt, out of the house of bondmen, saying, At the end of seven years let go every man his brother a Hebrew, which hath been sold unto you… but your fathers hearkened not unto me, neither inclined their ear… But you turned and polluted my name, and caused every man his servant… to return, and brought them into subjection, to be unto you for servants and for handmaids (Yirmiyahu, 34:13-16).

The first challenge of translating any vision into reality is the serious demands that it makes on the people, demands that are not easily met. The reason and need for a new vision is obvious: there are deep, systemic problems in the current society, problems that are an outgrowth of the more selfish and self-serving parts of who we are. To make these systemic changes is to ask the people to live up to their better selves, with all the sacrifice that this might entail, is a tall order indeed. It is no surprise, then, that this translation into reality is an ongoing challenge when it comes to Shmita.

The Torah does not demand a society in which there is no private ownership, nor is there any reason to believe that this is the ideal. But it does demand releasing the land, as one releases slaves, every seven years in recognition that it is not only people that cannot be owned, that even one’s very land, the property that a farmer labors and toils over, that she or he has the most profound connection to, even this land is ultimately God’s.

This releasing, even if only for one year, is a hard thing. How can one survive without the year’s harvest? To respond to these fears, God promises that the crop yield of the sixth year will be double that of the previous and that there will even be enough to last into the eighth year (Vayikra, 25:20-21). Much like the double portion of manna that fell on Friday, this not only addresses the people’s fears but also cultivates another religious virtue – faith and trust in God. However, to put aside concerns over earning our livelihood for one day each week is itself no easy matter and has proven too difficult for some in the past. To do so for an entire year requires an even greater degree of faith. And, in fact, the people were not up to the challenge. Just one chapter after God’s promise of a blessing of crops in the sixth year, the Torah says that the people will fail to observe the Shmita, and for this reason they will be sent into exile, “for the land did not rest when you were dwelling on it” (26:34-35).

This lack of observance was not confined to the early years of the nation. The Talmud reports widespread disregard of Shmita observance, not only by the amei ha’aretz, the common people and presumably the farmers, but even at times by the Kohanim, the more privileged and presumably more religiously observant class (Sanhedrin, 26a).

A vision sometimes fails because the people are not up to the task of making it a reality. But sometimes the problem is not one of implementation but of choosing between conflicting visions and values. This is true in the case of Shmita as well.

The Torah actually expresses two different visions of Shmita. We find one of these, “that the poor of your people may eat,” appearing in the context of not oppressing the stranger and letting slaves rest on Shabbat. It is a vision of social justice, of a society in which the poor and the marginalized are protected and cared for.

Here the key word is shmita, to release, to relinquish that which is ours to others. This is the same word that the Torah uses in mandating the release of debts during the Shmita year (Devarim, 15:1-3). In the verse from Parashat Shemot above, the Torah does not emphasize letting the land go fallow. Instead, the focus is on giving the land’s produce to the poor. It is even possible to read these verses as indicating that the land can be worked; the farmer simply cannot possess the crops that it produces. That is, for six years you work the land and gather the produce for yourself, but on the seventh year, you release your possession of the land and what it brings forth, allowing all the poor to eat from it.

The story is different in Vayikra. There, Shmita is called Shabbat, and it represents a Shabbat for the land. This is a religious vision, not one of social justice. We pull back for God’s sake. We stop work to recognize God’s true ownership of the land. And we refrain from exerting our mastery over the earth, ceasing to constantly project ourselves onto the larger world. This is not a message of social equality or feeding the poor. It is a message of Shabbat.

Each of these visions is compelling, but they can function at cross-purposes. What good does it do the poor to have the crops released if farmers haven’t been working the land? The poor would rather the owner work the land and relinquish the produce. In fact, the Talmud relates that the Jews left certain regions of the land un-sanctified when they returned to the Land of Israel in the time of Ezra so that it could be worked during Shmita, supporting the poor from the tithes of that produce (Beitza, 3b). Think of the irony! It was better for the poor if Shmita did not apply, if they received only 10% of a normal year’s produce rather than 100% of what grew without cultivation during Shmita.

The challenge of competing visions is also at play in Hillel’s famous institution of pruzbol. The Torah had two goals: to ensure that people would lend to the poor and to free people from their debts every seven years. Hillel saw that these goals were not compatible, that people were not lending money because the debt would only be annulled. In response, he developed a halakhic mechanism that would ensure that at least one of the goals was being realized, that the poor would be provided for.

The Torah holds out a vision of a more perfect world and demands that we begin to realize it in our own lives. This is hard at all times, but particularly so in the age of coronavirus. How do we begin to change the world for the better when our lives are so detached from that world, and when we are not embedded in society as we once were? It is possible however that what looks like an obstacle is actually a door that is being opened. We are living in a time when someone has hit a big “reset” button on our lives. Deep societal problems – such as racism, inequality, and health care – have now risen to our collective consciousness and it now looks like change may actually take place. We know that things will look different when we come out on the other side of this, and we can be a part of making that “different” something better.

As we look towards the next Shmitta year (5782/2021), which begins in just a few weeks, let us think about what an ideal society, true to its vision and values, might look like. And let us work to realize and seize the opportunities that have now opened up, to bring society from the real that much closer to the ideal. 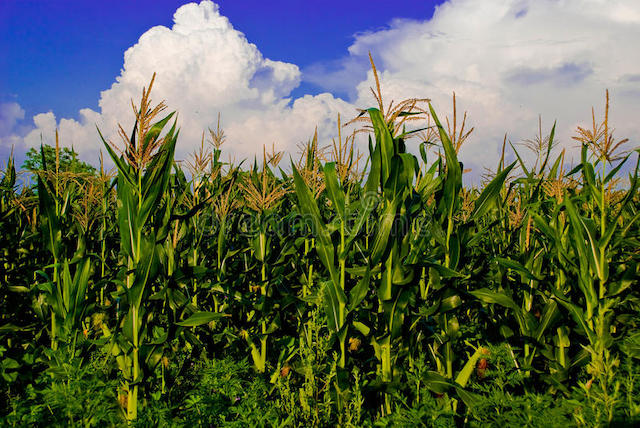 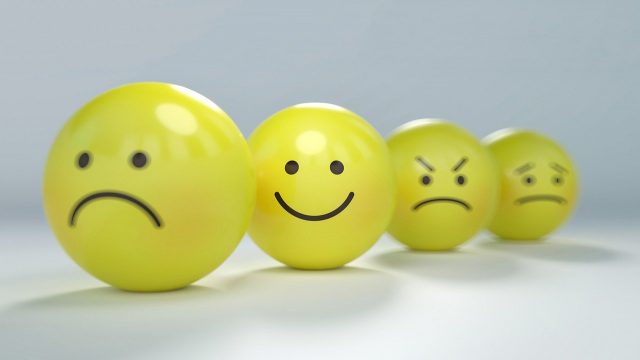 Act Before You Feel 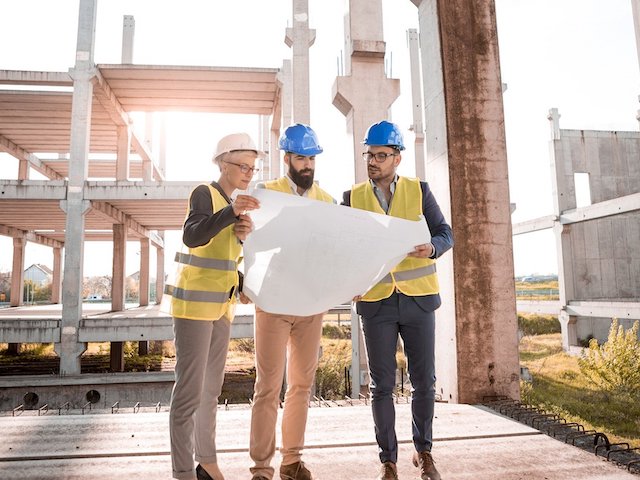 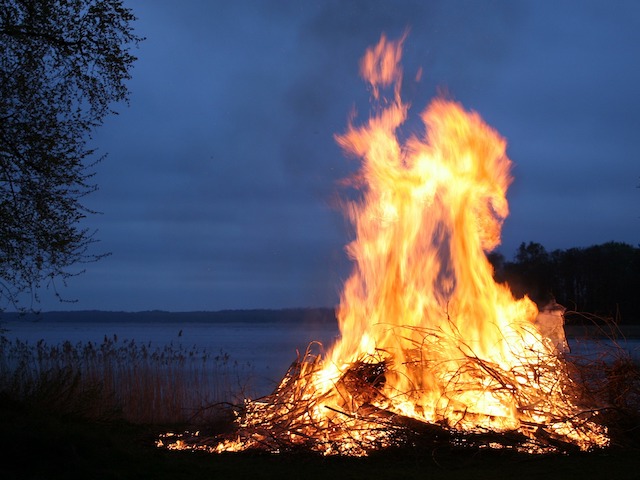