You are here: Home » Torah » Can a Person Write a Megillah in English? – Purim, Unity, and Diversity We know that a sefer Torah must be written in Hebrew. But what about a Megillah? The answer to this question is rooted in how we look at Purim. Is Purim a holiday of unity or one of diversity?

The theme at the end of the Megillah is one of unity. We are told so send mishloach manot, gifts to one another, which create a sense of warmth, friendship, and respect. We are told to give matanot la’evyonim, gifts to the poor, which instills a sense of responsibility to those in need in our community.

The theme of unity, however, seems to be contradicted by an earlier theme of the Megillah: one of disunity and diversity. When speaking with Achashverosh, Haman says “יֶשְׁנ֣וֹ עַם־אֶחָ֗ד מְפֻזָּ֤ר וּמְפֹרָד֙ בֵּ֣ין הָֽעַמִּ֔ים – the Jewish people scattered throughout the land.” We are scattered and disconnected from one another.

It is often said that the end of the Megillah is a response to Haman’s earlier claim. The mitzvot of mishloach manot and matanot la’evyonim are established to cultivate and express a deep sense of connectedness and unity among the people.

On deeper reflection, however, it seems that it was Haman who was actually right! We were, and we are now, scattered throughout the land! The end of the Megillah, rather than underscoring the principle of unity, serves to undermine it in unheard of ways. Purim is the only holiday on our calendar celebrated on different days – some people on the 14th and others on the 15th of Adar, depending if one lives in a walled city or not.

As Ramban notes, this is completely shocking. Why and how can any holiday be instituted this way? A major part of a holiday is that it brings all the people together. History has shown that when a religion has different groups who observe the same holiday on different days, the groups divide off and become different denominations. Why institute this dividing line that risks becoming a wall that can cleave the people asunder?

The secret to this lies in understanding that Purim is both a day of diversity and of unity. It is a holiday of the diaspora – the only chag based on the experience of Jews in galus — in exile. When we were in Israel, particularly during the First Temple period, although there were sinners who worship idols, we were one cohesive people with shared customs and practices. In exile, however, we spread throughout the lands, into different host countries. We adopted their cultures and their languages. Indeed, a recurring theme in the Megillah is Achashveirosh sending decrees to each country “כִּכְתָבָ֖ם וְכִלְשׁוֹנָֽם – in their own script and their own language” (Esther 8:9).

We can and have embraced this diversity as something good. It is a model of the salad bowl against a melting pot. A melting pot seeks to make everything the same. A salad bowl is beautiful and tasty because it is made up of different ingredients existing side-by-side and cohering together.

We, as a people, are a salad bowl: Jews are Sephardi, Ashkenazi, and Teimani (Yemenite). There are Russian Jews and there are Jews of color. All of this diversity of customs and practices adds to the richness of us as a people. To become a salad bowl, however, these components must also adhere. Our goal in galut is to treasure this diversity and at the same time to bring it all together. Not with a uniformity that flattens differences, but with a unity that integrates all these differences into one larger whole.

There is a great deal of work that has to be done to achieve this. We too often allow our different cultures, languages and practices to become a wedge that drives us apart. We have to exert intentional effort if we do not want to become separate tribes that have little or nothing to do with one another.

This is the true message of Purim. Not a rejection of Haman’s statement, but as a fundamental principle that exists alongside it. It is a chag of galut, of differences; these differences are given expression by its astonishing celebration on different days. And yet, the actual practices of the chag – sending gifts and giving to the poor – cultivate and reinforce that this diversity lives within a larger unity and connectedness. As Haman said, with all our being spread out throughout the land, we are still am echad, one people.

Which brings us back to our question of whether a Megillah can be written in English. Focusing on the chag’s emphasis of a multiplicity of cultures, our Sages rule that a Megilah can be written in the vernacular of each community and used to fulfill the mitzvah – especially for those who don’t understand Hebrew. It is written “according to their script and their languages.” “Their languages” – in English, “and with their script” – using English characters.

This ruling has been powerfully relevant to my family. My son doesn’t understand Hebrew, and he has gone year after year feeling completely excluded from the reading of Megillah. My wife and I – really, my wife – found a perfect solution in this halakha. We commissioned a Megillah to be written in English, and now my son is able to read  it in a language and script that he can understand. He has said that it is the first time that the mitzvah has felt meaningful. It is now an act that connects him to God, and hopefully to the Jewish people.

We often struggle between these two poles. At times, unity turns into uniformity, and diversity goes out the window. Why not have a minyan for Spanish speakers and English speakers alongside those who can daven in Hebrew?, my son asks. And too often, diversity rules the day, and we create only separate communities, not a larger one that brings us all together as one people. This Purim, perhaps we should start a new custom of having a salad bowl at our seudah! But more importantly, let us all work to invest intentional effort to bring a larger unity to our diverse cultures and languages. 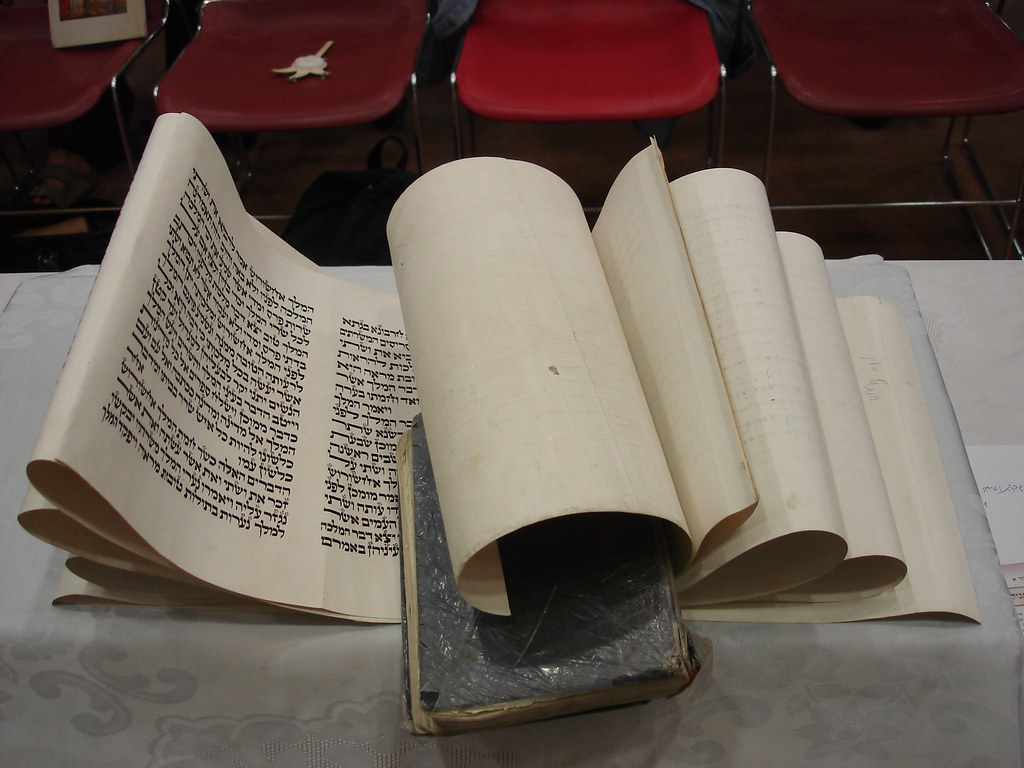