You are here: Home » Torah » Is Inclusion a Jewish Value? Is inclusion a Jewish value? The answer seems obvious. God enjoins the Israelites, “You shall have one standard for stranger and citizen alike” (Leviticus 24:22). Those who might otherwise be at the margins of society are to be equal members.

My wife, however, hates the word “inclusion.” With two sons on the spectrum, she–and I–are particularly sensitive to what various terms are saying and what they imply. What’s wrong with the word “inclusion,” my wife tells me, is that it implies that certain people are on the outside of our community, and that it is our responsibility to welcome them and bring them in. When I asked her what term might be better, she suggested the word “membership.” Everyone is an equal member of our society, both the stranger–the disabled, the neurodiverse, and all those who are marginalized–and the citizen alike. It is not our responsibility to include; rather, it is our responsibility to recognize everyone’s membership and to never do anything to exclude, to push them out and to tell them, through our actions and inactions, that they are not welcome, that they don’t belong.

This sentiment is underscored in this week’s parsha, BeHa’alotecha. The Torah describes how Moses instructed the Israelites to offer the Paschal sacrifice on the eve of Passover, their first in the wilderness. Those who were ritually impure at the time, and hence not permitted to bring the sacrifice, approached Moses and challenged him: “Why must we be excluded from presenting the LORD’s offering at its set time together with the rest of the Israelites?” (Bamidbar 9:7). Why, they were saying, are we being pushed out of the community? The Paschal sacrifice is the re-living of the foundational story of the Jewish people, and the affirmation of one’s identity as part of this people. By telling us that we cannot bring this sacrifice, you are telling us–whether you intended to or not, whether you are doing it actively or not–that we are not part of “the rest of the Israelites.” We refuse to accept this!

Moses, surprisingly, does not respond: This is what God has commanded; what can I do? Rather, he does the impossible. Moses says, Let me check with God and see if maybe we can figure this out, despite what God has said so far. And, lo and behold, he is told that even if one structure won’t work, there is another structure that will work for them. They can offer the sacrifice on Pesach Sheni, one month later.

There are multiple lessons that we can learn from this exchange. A communal leader must be accessible. A leader’s congregants have to feel that they can bring their concerns to her and she will be open and responsive to their needs. We further see that passive exclusion is no less alienating and hurtful than active exclusion. Moses essentially tells the ritually impure Israelites that in theory he would like them to participate, but that there is nothing that he can do. He isn’t pushing them away–he just can’t find an opportunity for them to participate.

This exchange regularly plays out in our own time. Rabbis say, “I’d love to make a ramp, but we just don’t have the money. I’d love to create a special group for neurodiverse kids, but we don’t have the expertise and we don’t know what they need.” Or the rabbi isn’t even approached with these issues because he has made it clear that he is not going to be open to hear the critique, and he will not be responsive if and when he does hear it. And then, of course, there are too often situations of active exclusion. There are comments such as, “We can’t have your child in our school. Think of the impact on the other students and the parents.”

Whenever any of this happens, we are not failing in inclusion. We are actively engaging in exclusion. We push people out, knowing or otherwise. We tell them you are not part of “the rest of the Israelites.” And too often, they hear that message loud and clear, and they walk away as well–not just from the school or shul, but from Yiddishkeit.

If we start by recognizing everyone’s membership, then we will do everything we can to make sure that all our members are treated equitably and given whatever accommodations they need. No one should ever have to say, “Why am I being excluded?!” 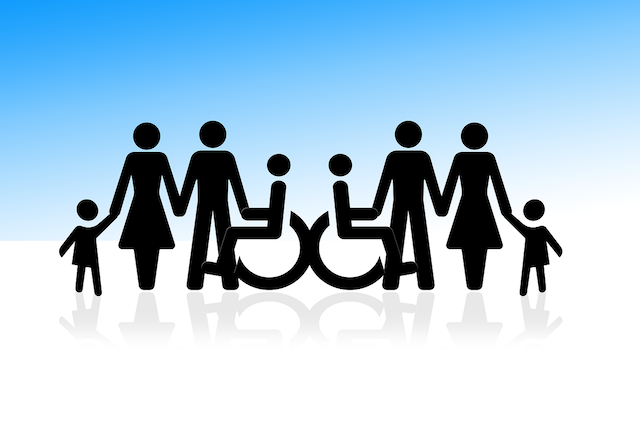