You are here: Home » Torah » Where Does True Religiosity Start?

Where Does True Religiosity Start? What behavior do we identify as religious: performing the ritual mitzvot, or the interpersonal ones? The answer, experientially and attitudinally, has been the former. Ritual mitzvot are distinctive. They set us apart from the rest of the world; they identify us as Jewish. And they are also illogical outside of a particular religious system and tradition. Without the Divine command, waving a lulav and etrog would just be a bizarre waving of a stick and a fruit.

Not so with the ethical mitzvot. These do not distinguish us from everyone else. These actions make sense outside a religious framework. And thus, they are seen as universal and, while perhaps more basic, they are also seen as less religious.

Interpersonal mitzvot also lack the detailed “halakhic-ization” (to coin a word!) of the ritual mitzvot. We are told in specific and concrete terms about the minimum and maximum height of a lulav and the exact appearance of an etrog. But when it comes to, say, tzedakah, there are only broad guidelines: Focus on where there is greater need and on the sources of need that are closer to you. There are no details because the human reality is too complex. These are not static objects like a lulav or a sukkah and, I would argue, because the Torah wants us to exercise our empathic imagination and moral judgment. And yet, the absence of these details communicates to many that this is not a real mitzvah. Tzedakah is more in the category of extra credit, or a nice thing to do.

One final difference: Before one performs a ritual mitzvah, one recites a blessing: “Blessed are You…Who sanctified us with the mitzvot and commanded us to ____ (sit in a sukkah / take the lulav, wear tfillin).” Yet no such blessing is said before visiting the sick or giving tzedakah. There are good reasons for this. To say a bracha before handing a poor person $10, dehumanizes her. It makes her my mitzvah object, my lulav, that I am using to do a mitzvah–not a real person, someone whom I see, empathize with and care about. Perhaps more fundamentally, these interpersonal acts do not have to be marked as mitzvot. Because they are good, ethical acts outside of a religious system, their importance and weight requires no framing. Waving a lulav, on the other hand, needs to be labeled as a mitzvah, or else the act is devoid of meaning.

While all of these distinctions make sense, the combined force of them sends a strong message that only the ritual mitzvot are Jewish, religious, and Godlike. The interpersonal are universal and, to some degree, secular.

Of course, all these messages build on our natural and intuitive way of thinking in the same terms. This problem has been with us for millennia, ever since the prophets began decrying the focus on sacrifices and the disregard for the poor and hungry. And it is not a problem that is going to go away any time soon.

And yet, the counter-messages, those telling us of the primacy, or at least equal weight, of the interpersonal mitzvot are found throughout the Talmud and our religious texts. One passage in particular, tying this to a profound theological point, can be found in a rabbinic statement commenting on a strange juxtaposition found in our parsha.

In one verse we read: “For the Lord your God is God supreme and Lord supreme, the great, the mighty, and the awesome God, who shows no favor and takes no bribe.” God is almighty and awesome, beyond the limits of this world. The next verse continues: “God] upholds the cause of the orphan and the widow, and loves the stranger, providing him with food and clothing” (Deuteronomy 10:17-18).

What is meant by this juxtaposition? In tractate Megillah (31a), Rabbi Yochanan states that this is meant to teach us that wherever you find God’s greatness, there you find God’s humility. This is, on the one hand, a theological point: This same God who is above the entire physical world, is at the same time concerned for the people on this earth, and in particular, the most vulnerable and disadvantaged. God, who is high and mighty, sees and attends to exactly those people that we as a society often think are too lowly to be worth our attention.

But this theological point also pointedly says something about our own religious lives. The actions that define or characterize the most high God are not the ritual, particularistic ones. God is defined, in the Torah and in the Talmud, as doing justice, protecting the orphan and the widow, taking care of the sick. “What does it mean to be like God? Just as God is compassionate and loving, so should you be compassionate and loving” (Shabbat 133b).

This is a lesson that is easy to say, but hard to internalize. It can be so much easier to measure the height of a lulav than to act with compassion and care toward every individual. And it is so difficult to push against all the cultural messages and natural intuition that it is the ritual mitzvot which define our religious lives.

Perhaps one place to start is in our schools. What would happen if, in addition to teaching hours of halakha, there would be 20 minutes a week devoted to journaling, where students would write private written reflections on how they lived up that week to the mandate to be like God. For instance, how did they care for the disadvantaged, and show compassion and caring? What did they do right? Where could they do better?

Such a practice, with the right framing, could be transformative in people’s lives, and in the message that we give future generations, and ourselves, wherein lies true religiosity, and where a life of serving God begins. 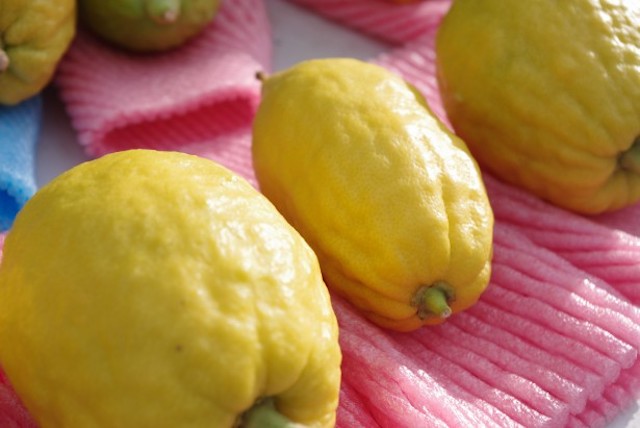