You are here: Home » Torah » Was Rivka a Feminist? That question is, of course, anachronistic. A close reading of this week’s parsha and later parashot, however, reveals that Rivka’s marriage to Yitzchak—as well as Rachel and Leah’s marriages to Yaakov, and most likely Sarah’s marriage to Avraham—brought into the Jewish family a woman’s voice and role that might otherwise have been absent.

Society then, as now, was patriarchal. That is to say, the family structure and the lineage was defined in terms of fathers and sons. The very grouping of “Avraham, Yitzchak, and Yaaokv” reflects this model, as does the way the Torah regularly refers to the family grouping as beit av: the father’s household. Paden Aram, Avraham’s birthplace, stands out as an exception to this rule. The story of Rikva and Avraham’s servant reveals that a different societal structure was in place: a matriarchy rather than a patriarchy.

A matriarchy is a society whose family structure is defined in terms of the mother, not the father. The benefit of this structure is that it is always known who the mother of a child is. A man’s identity as the father is just assumed. In fact, the original insight into this reading of the text came from scholar Nancy Jay in her book Throughout Your Generations Forever, which explores how patriarchal societies developed rituals to reinforce the identity of the father and his connection to his presumed son.

To be clear: Women do not wield the power, even in a matriarchy. That was a role reserved for the men. The male authority of the household, however, was not the father but a (maternal) brother. The mother, as head of the household, did have a voice and exert influence, however.

Where do we see examples of that powerful female voice in the story of Rivka and Avraham’s servant?

The most obvious one occurs when Rivka runs back to her family to tell of her encounter: “And the girl ran and told to her mother’s household these things” (Gen. 24:28). Rashi, bothered by the unusual phrase “mother’s household,” interprets the verse to be referring, literally, to the physical house of Rivka’s mother. He comments: “For daughters confide only in their mothers.” Of course, had the phrase been “her father’s household,” we would have unquestionably understood it to be referring not to the physical house of her father, but to the members of her family, of the household headed by her father. The term “mother’s household” should be understood no differently: Rivka ran back and told the news to her family—that is, to the members of the household headed by her mother. A society built around a “mother’s household” as its family unit is the very definition of a matriarchy.

This matriarchal structure also emerges from the verses where the Torah describes a person’s lineage. The classic phrase used is “X (a man) holid—sired, or causes to be born Y (his son).” Indeed, this is exactly how next week’s parsha begins: “These are the generations of Yitzchak, son of Avraham; Avraham sired Yitzchak” (25:19). Here, however, things are described differently. Rivka is described as “the daughter of Beutel, the son of Milkah which she bore to Nachor” (Gen. 24:24). Milkah—the grandmother, a woman—is the primary progenitor of Rivka, rather than Nachor, Avraham’s brother. (This framing also appears in the announcement of Betuel’s birth—see Gen. 22:20.)

The implications of this matriarchal structure go far beyond how relationships are described. As the mother heads the household, women’s voices matter here much more than they do in patriarchal societies. When Avraham’s servant seeks to return immediately with Rivka, we read an astonishing verse. “And her brother and mother said…Let us call the girl and ask her what is her desire” (Gen. 24:55-7). First, it must be noted that the ones who are speaking and making the decision are Rivka’s brother and her mother. Her father has fallen out of the picture and might as well be invisible. More shockingly is the fact that Rivka—a girl!—is asked. Rivka’s input matters. This is a society where mothers share in the decision-making and where all women, even daughters, have a voice.

By sending his servant to return to his homeland, Avraham was—intentionally or otherwise—ensuring that some of the norms of that society, some of its family structure and respect for women’s voices, were brought into the burgeoning Jewish society and family. And while the stories of the patriarchs have, without a doubt, the men as the heads of the family, our matriarchs—from Sarah on down—wield influence and make their voices heard.

In the hundreds of generations that have followed, we have at times sustained and expanded this phenomenon. At other times, we have also dampened and suppressed it. What we will do now, in our generation and going forward, is our decision and our responsibility. 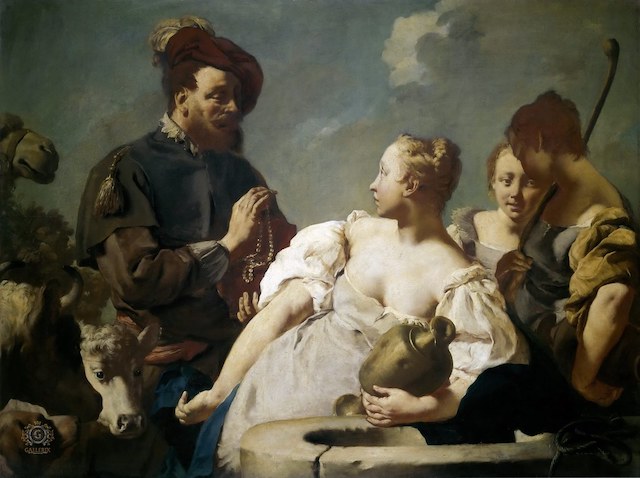