You are here: Home » Torah » Anti-Semitism and Othering The book of Shemot opens with the first phenomenon of anti-Semitism that we find in the Torah. It is not hatred directed at an individual, but to an entire people.

It begins with Pharoah. He says to his fellow Egyptians that the Hebrews are a people to be feared: “Behold, the people are more numerous than us. They will join our enemies and will leave the land.”(Exodus 1:9-10). The concern is not only that they will leave. The subtext – as explained by the Rabbis – is that by joining with their enemies, they will drive us ourselves from our land. They are a threat to our national security – the classic “fifth column” canard that has been ascribed to the Jews throughout the centuries. They are different from us, their ultimate allegiance is not to this country, and they will undermine us from within.

Pharoah’s slander is an act of othering. This othering builds on a pre-existing visceral response to these people shaped by Egyptian culture. In Egypt, shepherds were seen as abominable (Genesis 46:34) and certain eating practices – those of the Israelites – as repugnant (43:32). Today, we would strive to overcome that visceral reaction, and to cultivate an appreciation of difference. Such was not the reality then, obviously. And yet, even when such a reaction was very much in place, it did not have to translate into fear, hatred and demonization.

It didn’t have to but it did.

The visceral disgust of this people’s habits and professions mutated into a disgust of the people themselves. As in Nazi Germany, a process of dehumanizing took place: they are like animals; they are not fully human like you and I. The Torah describes how they multiplied: “And the Children of Israel paru va-yishretzu, increased and teemed,” (Exodus 1:7). The word for ‘teemed’ here is “yishretzu” the root of which is sheretz, a creeping thing. They multiplied like bugs, like cockroaches. They spread everywhere, always underfoot, invading our homes, coming out of the woodwork: “and the land was filled with them.” (Exodus 1:7). Their very presence evoked disgust. The Egyptians “were repulsed by the sight of them.” (Exodus 1:12).

This dehumanizing gives permission, first to enslave them, and then, as it did for the Nazis, to begin to wipe them out. Pharoah makes an edict to murder all the baby boys, and no one protests. Why should they? That’s what you do with cockroaches – you kill them and stop them from multiplying.

It was this perception that also saved them – at least for a brief period. When the midwives are challenged why they did not carry out Pharaoh’s edict, they explain: “The Hebrew women are not like the Egyptian ones, ki chayot heina, for they are like animals.”(Exodus 1:19) They don’t need midwives – they give birth in the fields, just like animals do. This excuse was accepted without challenge. If they are truly animals, then this makes total sense. The dehumanization made every claim, and certainly every slander – no matter how irrational – believable.

This process is familiar to us from our history as a people, and we know well the hatred, oppression, acts of murder, and even attempts at genocide that have resulted from it. We must be extra-vigilant against signs that it may be happening again – something for us all to take to heart when we see the anti-Semitism that is growing in our society.

A question we also have to ask ourselves is, are there times when we ourselves also do this to those who are not exactly like us? We know that this can happen when it comes to matters of race and ethnicity, and even, at times, can shape how we, as Jews, perceive non-Jews. But such othering can also be part of our perception of our fellow Jews whose group identity is different from our own. This happens at times – thankfully, much less than before – between the denominations, and it happens – all too often – in our perception of the Hareidi community. They, like the Israelites in Goshen, live apart from the rest of society; they have different practices and different ways of dressing. How much does this seeing them not only as different, but as truly “other,” lead to a loss of shared fellowship and seeing all of us as one people? Are we “repulsed by the sight of them”? Even when there are strong disagreements in matters of ideology, values, and way of life, we must never allow this to descend to the acts of othering and all its pernicious effects.

Much of this starts with direct human interaction. It is so much harder to sustain one’s biases and stereotypes in the face of a real person. Direct encounter can often breed an appreciation for the fundamental humanity of one another, to a connection on a deep human level.

Being on the receiving end of anti-Semitism and othering for so long must propel us both to do all that we can to never let such things happen to us again and to never be party to such acts ourselves. This is our charge. Now let us act upon it. 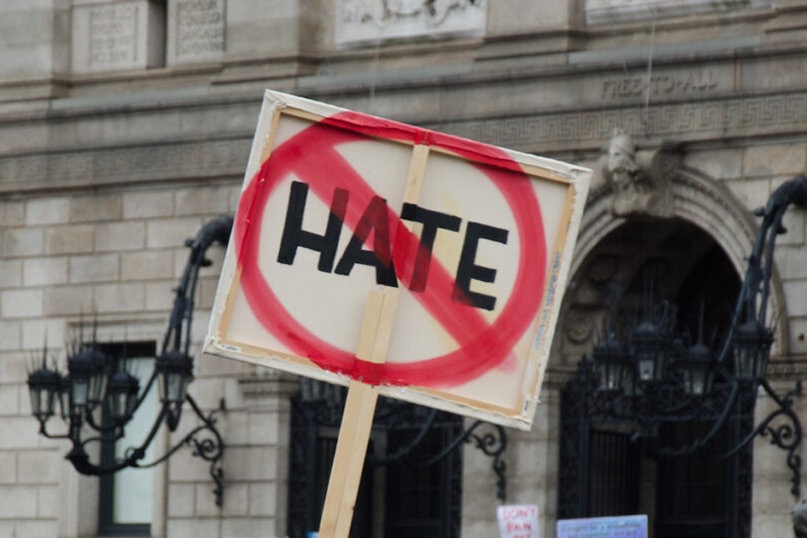