They were faced with a deathly invisible force spreading throughout the land. Fear, anxiety, and terror stuck at their hearts. How would they survive? What could they do to protect themselves? What – we asked ourselves when this happened to us – can we do to protect our lives and the lives of our loved ones?

Answer number one: “And none of you shall go out at the door of his house until the morning” (Ex. 12:22). That was our first answer when COVID began to spread. Stay at home. Don’t go outdoors. All of us remember the shocking images from March 2020. “The Great Empty,” as the New York Times called it. Times Square, concert halls in Moscow, the Sydney Opera House, the beaches in Santa Monica, the Eiffel Tower, major hubs in Barcelona, Bangkok, Berlin, New Delhi – all empty, empty, empty. While the plague ravished outside, we gathered inside with our families, staying close, holding and supporting one another.

But we knew it was not enough. Even indoors, we could not be fully protected. “ For death is come up into our windows; it has entered into our palaces” (Jer. 9:20). The plague might still find a way in.

How – we asked ourselves – would we be able to stay safe? How – the Children of Israel asked themselves – could they keep death from entering through the door?

Answer number two: find that magic, salvific substance that can save and protect. Take the blood of the sacrifice and spread it on your door frame. Let it serve to create a shield, a protective bubble, that will keep harm at bay.

We likewise worked to discover and develop our own substance. A vaccine, with seemingly magical powers, that would make us immune to the spreading plague. We did so with unprecedented, lightning speed. And when it was discovered and became available to us, we took it. Nowhere near all of us, it is true, but we took it, and we believed at the time that this was our miracle; this was our salvation.

But it is here where the parallel ends. For the Children of Israel were redeemed that night. The blood saved them from the Plague, and they exited the next morning from slavery into total freedom.

For us, there was to be no redemption that night. Or, if there was, it was a hesitant, sputtering, and incomplete one. There was no sudden reentry into the world-that-once-was. Even when that reentry began, it remained tentative, and just when we thought we were almost there, that the Promised Land was in our sights, we found ourselves heading back in the direction of Egypt.

We have yet to achieve the total freedom that we sought. We had hoped and believed that by now we would be redeemed, that the virus would be something of the past, a minor annoyance at best. And yet we find that it remains front-and-center, a major part of the fabric of our lives. With the Omicron variant, it has now become more contagious than ever, and it seems that almost everyone is getting it.

Thankfully, it has also become much less severe, and we no longer fear for our lives. But it is still with us, a low-level, persistent buzz that won’t go away, invisible handcuffs holding us back, keeping us from being free. Aren’t we done yet? When is this going to change? When will we be truly redeemed?

But maybe this incompleteness is true about all redemptions. When the Children of Israel thought that they had left Pharaoh and Egypt behind them forever, they turned around and there they were – marching in full force against them. When Moses split the Sea, they thought: finally, now, we are truly free, we will be going straight to the Promised Land. But that straight line soon became a circuitous path that twisted and turned and doubled back on itself, and the final redemption continued to elude them.

They were no longer in fear for their lives, but they were also not free. Dashed hopes, frustration, and weariness were pervasive and constantly with them. They were downtrodden and dispirited. They grumbled and complained. “To a land flowing with milk and honey you have not brought us!” (Num. 16:14). They wanted – needed – to be there already.

Even miraculous redemptions, it would seem, are rarely complete. This is a hard, but important, lesson that we need to learn.

As a confirmed optimist, I tend to have high expectations that what I dream and hope for can become a reality. This, for me, is a source of creativity and positive energy. And yet, I have also learned that the future rarely turns out as I had imagined it would. Learning to live with frustration and as-yet-unrealized hopes, and mustering the courage, fortitude and perseverance to make those long treks through the desert – and learning to keep our spirits up all the while! – is an essential part of life.

There are things that we can do to gain strength and find hope even as the full redemption eludes us. One can be found in the power of rituals of remembrance.

Even while still in Egypt, the Israelites were commanded to continue the rituals of the Paschal sacrifice throughout the generations. And so we have done. Each year, we hold a seder in our homes. It is a seder that begins with a deflating statement: “This year we are slaves,” with an acknowledgement that our exodus and sought-for freedom remains incomplete. But we then move on from that. The rest of the night is spent retelling the story of the plagues and our being saved, of the speedy and miraculous redemption we experienced that night. Telling this story and reliving these events fill us with hope and give us strength; they make us believe that we, too, will be fully redeemed.

Maybe we should do something similar. When the vaccine was discovered and made available was the moment when so many of us felt that we had just experienced a miracle of redemption. Coincidentally, the anniversaries of those significant dates have just passed or are almost upon us. January 11, just 3 days from this coming Shabbat, is the anniversary of the date two years ago when the genetic sequence of the virus was published, and even that triggered immediate international response to work to find a vaccine. And it was just a month ago last year, at the beginning of December, that the vaccine received FDA approval and began to be produced and distributed in the United States.

Perhaps we should begin to mark one of these days and commemorate it as a day of redemption. Imagine if, on that day, we were to retell the story of our exodus, of the science and technology that made the vaccine possible, of the sacrifice, of the dedication and creativity, the corporation and partnership of so many people that brought this miracle into being. The telling of this story on that day can give us inspiration, energy, courage to help us see ourselves through this time.

We are still in the desert. We are not yet fully redeemed. But with strength, perseverance and hope we can see this through and reach a place where we can really be free people. 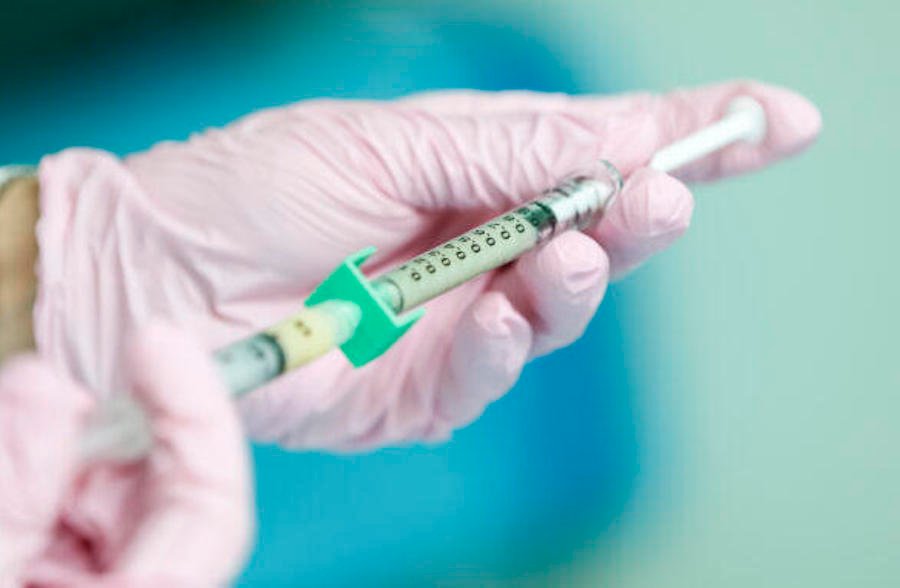