You are here: Home » Torah » One Shoe, Two Shoe In this week’s parsha Shemot, we are introduced to Moshe Rabbeinu, the greatest leader, the greatest prophet ever to serve the Jewish people. The selection of Moshe Rabbeinu and the beginning of his journey as the leader of the Israelite nation becomes a chance to explore questions related to what makes Moshe such a qualified leader and what lessons about leadership we can learn from his behavior. A perhaps startling idea about leadership, and one which should give us a certain amount of pause, comes from a midrashic collection called Lekach Tov from eleventh century Greece. Lekach Tov explores the following midrash about Moshe’s encounter at the burning bush.

The Torah tells us that God’s first instruction to Moshe when he arrives at the burning bush is “שַׁל־נְעָלֶיךָ מֵעַל רַגְלֶיךָ—Remove your shoes from your feet” (Shemot 3:5). Moshe is supposed to remove his shoes, presumably a sign of humility and as recognition of the sanctity of the location. This is contrasted in the midrash, surprisingly, to a similar episode with Moshe’s successor, Yehoshua. When Yehoshua encounters an angelic being, the angel tells Yehoshua, “שַׁל־נַעַלְךָ מֵעַל רַגְלֶךָ—Remove your shoe from your feet” (Yehoshua 5:15). Notice the subtle difference in the vocalization of the two words. When Moshe is instructed by God at the burning bush to remove his shoes, it’s נְעָלֶיךָ, his shoes in the plural. When Yehoshua is told to remove his shoe by the angel, it’s נַעַלְךָ, his shoe in the singular. The midrash contrasts Moshe and Yehoshua and tells us that the two shoes that Moshe has to remove rather than Yehoshua’s single shoe are significant. The midrash says that Moshe had to give up on two things in order to serve as the leader of the Jewish people throughout the period of yetziat Mitzrayim and the forty years in the desert. What were those two things? Entering into the land of Israel, and, that his sons would not fill his role after him and he would therefore not have a biological successor. Instead his intellectual successor and spiritual heir Yehoshua would enter the land (Midrash Lekach Tov Exodus 3:5). The Midrash Lekach Tov is pointing to the fact that despite Moshe’s great leadership of taking us out of slavery in Egypt, bringing us to Har Sinai, teaching the Torah, guiding Bnei Yisrael for forty years in the desert, and passing the reins to Yehoshua, Moshe had to sacrifice two very important things that he was hoping for in his life. One was to finally enter the land of Israel. The other was not having a biological heir to serve as his successor in his role as the leader of the Jewish people.

I think this is something to think about more broadly. Yes, we hold leaders up on a certain kind of pedestal. Yes, we think leadership is an excellent quality—something that we idolize and encourage. At the same time, to adopt a position of leadership comes with sacrifices. It often comes at a cost of dreams unfulfilled and to a person’s family life. Those are serious calculations that we must take into account and we have to make sure we’re making the right decisions. 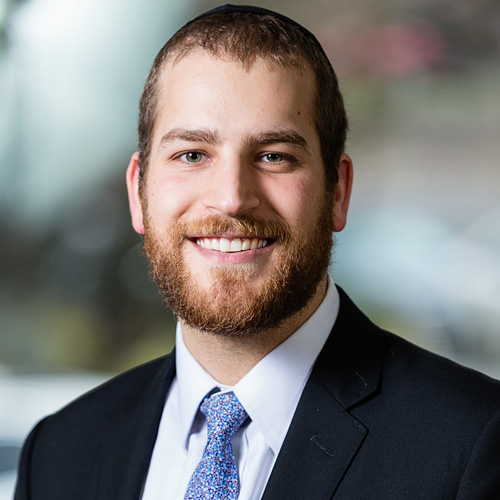 Rabbi Dan Margulies is originally from Bethesda, MD and serves on the Judaics faculty of the Berman Hebrew Academy in Rockville, MD. He received his BA in Chemical Physics and Mathematics from Columbia University. He received semikha from Yeshivat Chovevei Torah and from his personal mentor Rabbi Simcha Krauss z"l. He previously served as Assistant Rabbi at HIR–The Bayit, rabbi of The Riverdale Minyan, and taught at the Drisha Institute for Jewish Education, Yeshivat Chovevei Torah, and the Skirball Center. The Margulies family has a registered therapy dog named Menachem; they work with local seniors weekly.