Our hosts talk about the meaning of “virginity” in medicine and Jewish law. Then they talk with Dr. Joel Hecker about sexuality and Jewish mysticism. In the Q&A: What happens when the rules about physical intimacy clash with a mother’s postpartum depression? The Joy of Text is produced by Jewish Public Media and co-sponsored by YCT’s Lindenbaum Center for Halakhic Studies and JOFA, the Jewish Orthodox Feminist Alliance.

These sources accompany the fourth episode of the Joy of Text podcast.

What Defines a Virgin

What Defines a Virgin

The Torah word for virgin is betulah, which is from the same root as the hymen (betulim). The presence of the hymen is seen as evidence that the woman has not had sex.  The parents of a young woman who is suspected of not being a virgin (and of having committed adultery) before the wedding, can prove that the husband is lying by producing the sheet from the bridal bed with the betulim, the blood of the hymen, on it.

This leaves open the question of whether a woman who has had sex, but has her hymen intact, or has not had sex but does not have her hymen, would be considered a betulah/virgin.  Notice how the verse regarding Rivkah seems to identify the two, but the commentators explain that the seeming redundancy teaches that she had also not engaged in forms of sexual activity other than vaginal intercourse, such that would not have ruptured her hymen.

Breishit Rabbah ties two ways of reading this verse into a debate of R. Meir and the Sages whether a betulah for ketuvah purposes is defined as a woman who did not have sex or a woman with her hymen intact.  The question is whether the words “betulah” and “a man did not know her” are seen as synonymous or not.

There are chiefly two areas in halakha where it matters if a woman is a virgin – whether her ketuvah, marriage contract, is the full amount, 200 zuz, or only half that, 100 zuz, and whether she can marry a Kohen Gadol.  The ketuvah amount is derived from a verse about mohar, which may be referring either to ketuvah money paid upfront or, as scholars believe, a bride-price.  It is clear that in the society the Torah is describing, men only wanted to marry virgins, and non-virgins would have received no mohar.  Hence the fine for the person who makes a young woman lose her virginity before marriage.

The woman who was not a virgin, while not forbidden to a normal Kohen, is forbidden to the Kohen Gadol.  Clearly, there is a sense of her as pure and untainted.

Rabbi Meir and the Sages debate whether a virgin for a kohen Gadol is described as a woman who has not had sex or a woman with her hymen intact, as they did regarding the Ketuvah, see {source ‎5}.

The text of the Ketuvah makes direct reference to the woman’s virginal or non-virginal status, with the amount (200 or 100 zuz) being determined accordingly.

A man who has never been married or never had sex is not referred to as a “virgin,” but rather a “young man,” bachur.  This is because: (a) he does not have a hymen (betulim), and (b) his status – physical and halakhic – is not seen as changing through him having had sex.

This text describes the physical change that occurs when a woman loses her virginity – she becomes a “vessel,” – her body was closed before, and now it has an opening – making her a sexual being, able to have intercourse and to bear children.  This is seen as creating a profound connection between her and the man who changed her in this way, doing so in a way that also sees the man has her master/maker.

For the Talmud, sex could only take place with a penis.  Thus, two women having sex through genital stimulation is seen by the Talmud as “mere licentiousness.”  Rav Huna, however, treated this more seriously, and thought that such women would be unfit for a Kohen.  According to one Rashi {source ‎17}, this means unfit for a Kohen Gadol, she would not be a pure virgin.  According to another Gemara and Rashi thereon {sources ‎18-‎19}, this means unfit for a regular Kohen, as this would be considered an act of fornication, that is, an act approximating sex.  We rule against this {source ‎18}, and this is considered not “fornication” but rather “mere licentiousness”.

Shulkhan Arukh treats even professional touch between a husband and his wife who is a niddah so weightily that he does not permit it even if she is sick.  (There is some debate if he even would permit it in a life-threatening situation!).  Rema argues, and allows such touch if there is no one else who could provide this type of assistance.  In section 16, he states that this is permissible “if she is in great need,” in section 17 he states that it can be done “if her illness presents a risk,” presumably a life-threatening one.

In Darkhei Moshe, Rema quotes an authority that for a husband to exhibit “stringency” and not help his wife who is a niddah when she is sick is a “righteousness of foolishness.”

Arukh HaShulkhan states, quite reasonably, that Rema does not require the wife to be in a life-threatening situation to allow her husband to provide assistance.

The contemporary posek Kedushat HaOhel states that the key to sanctifying oneself during sex, as mentioned by Rema, is to ensure that the act of sex is being done with mutual consent, and that each person is attending to the needs of his or her partner, and not purely focused on one’s own sexual pleasure to the exclusion of his or her partner.

Rav Henkin states that there is no need to strive for an unrealistic “holiness,” and that given the temptations of larger society, we must be as permissive as possible regarding sex between husband and wife.

Rav Henkin also adds that laws of marital sex have been ruled on based on what is in the texts and not in conversation with actual practice, and this has led to a loss in the nuancing and development of halakha in this area. 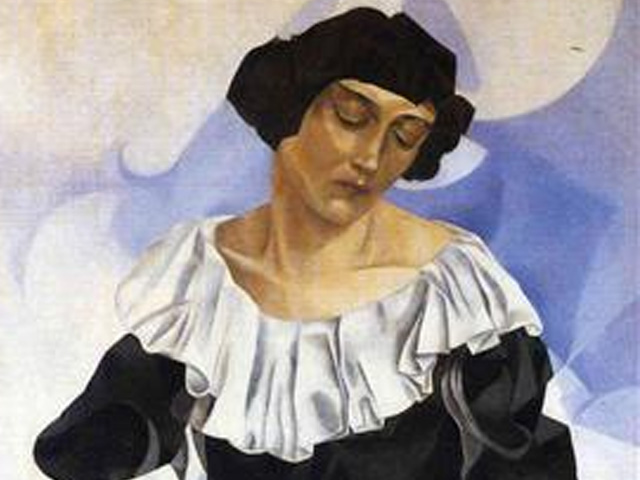 Rabbi Dov Linzer is the President and Rosh HaYeshiva YCT Rabbinical School. An acclaimed Torah and halakhic scholar, Rabbi Linzer serves a religious guide to the yeshiva’s current rabbinical students and its over 150 rabbis serving in the field. In 2019, Rabbi Linzer became YCT’s president, assuming the institutional leadership of YCT in addition to its Torah leadership. Rabbi Linzer has been a leading rabbinic voice in the Modern Orthodox community for over 25 years.  He has published over 100 teshuvot (responsa) and scholarly Torah articles, and answers hundreds of questions each year from rabbis in the field. He hosts a number of highly popular podcasts and videocasts, including Joy of Text and Iggros Moshe A to Z, in addition to his daf yomi podcast covering all of shas. In 2012, he was the convener of the Modern Orthodox Siyyum HaShas.