Sukkahs in the Wind

Rabbi Dov Linzer
(Posted on October 18, 2019)
From the Lindenbaum Center for Halakhic Studies

Question: Given the strong winds that we have been experiencing, is it permissible to take down the sukkah on Hol HaMoed to prevent it from being damaged or from causing injury?  If I do take it down, am I exempt from eating in a sukkah, or do I have to find a sukkah that is still up?…

Do My Kids Really Need Their OWN Lulav and Esrog?

Rabbi Moshe Feinstein zt”l (1895-1986) was the preeminent posek for North American Jewry for most of the 20th century, both for the yeshivish and Modern Orthodox communities. Rav Moshe was born in Russia in 1895, where he served as rabbi making great personal sacrifices on behalf of his community until he emigrated to the U.S.…

When to NOT Ask for Forgiveness

Rabbi Avram Schwartz
(Posted on October 3, 2019)
From the Lindenbaum Center for Halakhic Studies

Rav Binyamin Yehoshua Zilber zt”l was a major Haredi posek of the previous generation. He studied in Brisk and at a satellite yeshiva of Novardok in his youth, eventually making aliyah to become one of the first students at Yeshivat Beit Yosef-Novardok in Bene Brak.…

A Striving Grounded in Reality

Rabbi Avram Schwartz
(Posted on September 23, 2019)
From the Lindenbaum Center for Halakhic Studies

Rabbi Yitzhak Weiss hy”d was a highly-regard Hungarian rabbi before the Second World War. He served as the Rav of Odleburg and then of Verbo. In his time, he was well known for the breadth of his knowledge; his teacher, the Shevet Sofer, is said to have referred to him as “my very own bookcase.”…

One Nation, under God, with Liberty and Justice For All

The issue of who can be seen as a full member of the community arises at the beginning of this week’s parasha and is revisited at the outset of the next. In the opening of Ki Tavo, we read of two mitzvot that apply when a person harvests the produce of the land: the mitzvah of bikkurim, or first fruits, and the mitzvah of viduy ma’aser, the declaration made when a person distributes what remains of his tithes at the end of three years. …

The mitzvah of mezuzah appears at the end of this week’s parasha in what we know of as the second paragraph of Shema: “And you shall write them (these words) on the doorposts of your house and of your gates.” (Deut.…

The Afternoon Antidote to Our Distracted Lives

From the decreasing productivity of the workplace, to bad decisions by drivers leading to tragic accidents, distraction is an issue that challenges each of us and our society each and every day. One need look no further than Google (another place where we get distracted…) to see that there is an entire body of literature all focused on trying to find solutions to this massive concern.…

For the Entire Congregation is Holy

Accepting the Mitzvot as a Convert: Does it Matter What You’re Really Thinking?

Rabbi Dov Linzer
(Posted on June 5, 2019)
From the Lindenbaum Center for Halakhic Studies 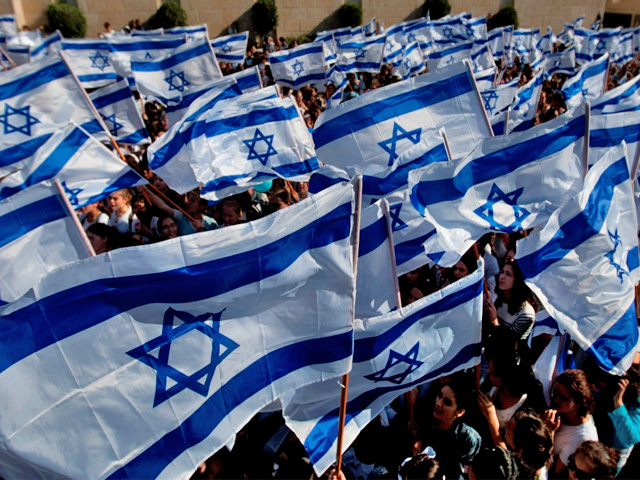 Rabbi Avram Schwartz
(Posted on May 6, 2019)
From the Lindenbaum Center for Halakhic Studies

Rabbi Yitzhak Isaak Halevi Herzog (1888-1959) was Chief Ashkenazic Rabbi of the State of Israel at the time of its founding. He had previously served as Chief Rabbi of Ireland, until he succeeded Rav Kook in 1936. Aside from his work in developing the institutions of the Israeli Rabbinate, he is most famous for his doctorate on the proper identification of tekhelet.…