You are here: Home » Lindenbaum Center » Teshuvot » Atonement and Sacrifice

Explanations of the concept and history of teshuvah for Yom Kippur 5782. 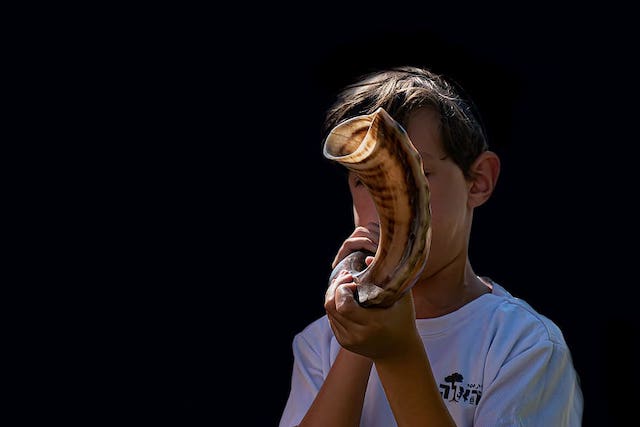 In the days of the Beit HaMikdash, one achieved atonement through two key rituals: vidui (confession) and the offering of korbanot (sacrifices). Although each one could be viewed as a separate act, both pieces were fundamentally brought together by the kohen gadol, or high priest, on Yom Kippur. He offered one goat as a sacrifice and confessed the sins of the Jewish people on the other. It was then sent out into the desert, and with its death, Jewish people gained atonement. Following the Beit HaMikdash’s destruction, atonement can still be achieved through confession even it is not accompanied by sacrifice. As Rambam (Laws of Repentance 1:3) writes, “In this time, when there is no Beit HaMikdash and we do not have the altar for atonement, there is only teshuvah.”

For most of us, this is not a problem. If one confesses their sins and does real teshuvah, ensuring one will not sin again, what need is there for more? But in truth, the concept of atonement is more complicated. This fact is made clear by an examination of the Torah’s language. In the eyes of the Torah, sin is not just a black mark recorded in our ledger to be counted up and measured against our merits on the Day of Judgement. It is something tangible that one feels viscerally, a weight that presses down upon you. Atonement is the removal of this weight (noseh avon), and it is here where sacrifice plays an important role. Ramban (Vayikra 1:9) explains that in seeing the sacrifice:

a person should realize that he has sinned against his God with his body and his soul, and that “his” blood should really be spilled and “his” body burned, were it not for the loving-kindness of the Creator, Who took from him a substitute and a ransom, namely this offering, so that its blood should be in place of his blood, its life in place of his life.

In a sense, our sins are transferred to the animal that is killed, and its death serves as reparation for what we have done wrong. Only then can atonement be achieved, the slate be wiped clean, and we can continue on with our lives.

Without sacrifices, can teshuvah alone lift the weight of our sins? Maybe most of the time, but not always. Over the centuries, a set of practices developed around teshuvah, otherwise known as Teshuvat HaMishkal. Originating in Chassidei Ashkenaz (12-13th century Germany), these practices reflected the belief that teshuvah alone was not sufficient to attain atonement and that it must be accompanied by additional acts such as fasting, tzedakah, and self-mortification that in effect function in the place of sacrifices. Mishkal can mean equivalent, in that one must my find equivalent consequences for one’s sin, but it can also mean weight, attesting to the enduring fact that sin is not something that can be easily removed. Teshuvah alone may gain us forgiveness, but the weight of sin can only be removed by a more tangible act, a sacrifice we make with our money or our bodies.

Rabbi Yechiel Yakov Wienberg seeks to address the appropriateness of Teshuvat HaMishkal in the case of a man who accidentally caused his friend’s death in a car accident. Though one could argue that the driver did nothing wrong and therefore has no need for atonement, this is not the approach of Seridei Eish. Instead of dismissing the man’s feelings of guilt, he treats it seriously, and recognizes that it weighs upon him. He begins by noting that the practices of Teshuvat HaMishkal can be extreme, and that numerous fasts are often mandated depending on the nature of the sin. Even though such prescriptions are not found in the Talmud or other halakhic texts, they are discussed by many important halakhic authorities. In the end, Seridei Eish recommends that the man need not be strict with the fasts but should give tzedakah to the best of his ability. If he can, he should also help out his friend’s children to ensure they are looked after.

Seridei Eish understands that it is only by acknowledging the tragedy of his friend’s death through acts of fasting and tzedakah that the man is able to address his guilt. Doing so allows him to engage in a process of atonement even when not halakhically mandated. It requires sacrifice, but one motivated by a desire to take responsibility for the past and do one’s best to rectify it.