You are here: Home » Lindenbaum Center » Teshuvot » Speaking During Mussaf: To Correct or Not To Correct?

Speaking During Mussaf: To Correct or Not To Correct?

Should it be announced in the synagogue before the blowing of shofar that it is forbidden to speak? On each day of Rosh HaShanah the shofar is blown no fewer than one hundred times in synagogue. The first thirty blasts before the mussaf service are known as tekiot d’meyushav, while the last seventy blasts blown during and after mussaf are known as tekiot d’meumad. Even though one fulfills the biblical mitzvah of shofar with the tekiot d’meyushav, it is a rabbinic enactment to hear all one hundred blasts. Because of this, many poskim argue that one must be careful not to do any activities that would be considered a halakhic interruption (hefsek) until the conclusion of tekiot d’meyushav. As a result, one would be allowed sing, pray, and even go to the bathroom during this time if they so needed, but they would be prohibited from speaking about matters unrelated to the prayers. However, because the mussaf service is so long on Rosh HaShanah, it is often the case that people will begin to talk, thereby violating the prohibition.

Rav Moshe Feinstein (Iggerot Moshe Orech Chaim 2:36) was asked about this problem by a synagogue rabbi who wanted to know whether it was appropriate to announce to the congregation that it is forbidden to speak until the conclusion of the mussaf service. Though he wanted his congregants to follow the proper halakhic practice, he was concerned they would not listen to him and talk anyway. In doing so, his prior warning would make them intentional sinners rather than just unintentional sinners who didn’t know that talking was prohibited during this time. Consequently, he would be violating the Talmudic imperative that “it is better that they should be unintentional sinners than intentional sinners” (See Shabbat 148b).

The question of how to best educate a community about correct halakhic practice is difficult for every rabbi, a point that Rav Moshe deeply understands. On the one hand, it is problematic to tell people to correct their religious practice if they won’t, in fact, listen. On the other hand, the fear that people won’t listen can often cause a rabbi never to speak out and try to push people towards correct practice. Furthermore, even though not all of the congregation may listen, there may very well be some who will. Should they not be told the proper halakha simply because others might refuse to follow it?

In weighing all of this, Rav Moshe notes that the practice of not speaking until the end of tekiot d’meumad may be more of a chumra. But even with this, the problem still remains. If it is only a chumra, perhaps it is better to make the announcement because those who choose to speak will only be violating a relatively minor prohibition. However, one could also argue that they will be doing so intentionally, and according to the Talmud, one deserves punishment for an intentional act one believes to be forbidden even if it turns out in the end not to be. Perhaps then it is better not to make the announcement.

Rav Moshe realizes that he can’t easily resolve these questions and concludes that if there is a significant chance some people present might listen, then one should make the announcement. In the end, these kinds of decisions are often a judgement call, but they require careful consideration of all sides. If one never instructs others about proper halakhic practice, then one closes off the possibility of their spiritual growth. Yet, at the same time, a rabbi must weigh the details of the situation to truly be certain that there is a real chance that someone will listen. 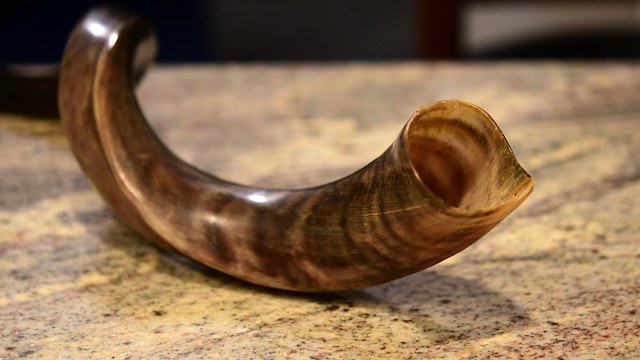