You are here: Home » Torah » Sefer Bamidbar » Bamidbar » The Importance of Nishma

The Importance of Nishma

At the opening of Bamidbar, the Israelites prepare to finally move out from the foot of Mt. Sinai and to venture into the larger world.  They must take the Torah and mitzvoth that they have received and bring it into their lives, so that every movement is guided and shaped by the Torah.

The Mishkan is placed in the very center of their camp, so that their lives revolve around God’s presence which is in their midst.  And they are constantly looking towards the Mishkan to the Divine cloud that hovers over it, to know whether to stay put or to move forward: “By the word of God they encamped and by the word of God they travelled forth.” (Bamidbar 9:20).  God and the Torah will now be the guide of their lives.

It is for this reason that we find that although there is a debate in the Talmud whether one is allowed to devote the entire Yom Tov day to spiritual pursuits, all agree that on Shavuot one must devote some time to physical enjoyment and pleasure.  “What is the reason?  Because it is the day that the Torah was given.” (Pesachim 68b). The very giving of the Torah was the taking of the Torah down from Heaven and giving it to human beings – it was about bringing God and sanctity into the physical, concrete reality of this world.  Torah is not just meant to learned, it is meant to be lived.  Torah must be verb, not just a noun.

The very day of receiving the Torah, thus, contains within it the mandate of moving forward from the foot of Mt. Sinai and venturing into the world.  The famous na’aseh vi’nishma, “we will do and we will hear,” derives its power from the na’aseh that comes first.  Receiving the Torah starts with knowing that it will, and must, translate into action, into a life of “by the word of God they encamp and by the word of God they venture forth.”

And yet, as we approach Shavuot, it is worth considering the importance of the nishma dimension – of our listening, our understanding, our voice – as well.

In the Torah, the declaration “we will do and we will hear” appears after the Ten Commandments, according to the Talmud it is understood to have occurred beforehand, and it demonstrates the people’s willingness to obey a priori, regardless of what was asked, regardless of why it was being asked:

R. Eleazar said: When the Israelites gave precedence to ‘we will do’ over ‘we will hearken,’ a Heavenly Voice went forth and exclaimed to them, ‘Who revealed to My children this secret, which is employed by the Ministering Angels?’, as it is written, ‘Bless the Lord, you angels of His. You mighty in strength, that fulfill His word, that hearken unto the voice of His word,’ first they fulfil and then they hearken.

Focusing on na’aseh underscores not only the importance of translating God’s word into action, but also that our primary response to God’s mitzvot is one of obedience and of obligation.  From this perspective, any attempt to ask “why?,” to understand what the commandments are about, runs the risk of undermining their absolute binding nature.  An over-engagement in exploring ta’amei ha’mitzvot, the reasons behind the mitzvot, can lead to the conclusion that if a certain mitzvah’s purpose is X, then the mitzvah is just a means to an end, and if X can be achieved in some other way, the mitzvah itself is expendable.  Similarly, if one does not agree with reason X, or feels that reason X is no longer applicable, then the mitzvah would likewise fall by the wayside.   Indeed, when the Gemara in Rosh HaShanah asks: “Why do we blow the shofar on Rosh HaShanah” the response is not “to serve as a wake-up call to teshuva,” or a similar explanation, but rather a rejection of the premise of the question: “Why do we blow?  Because God has said to blow!” (Rosh HaShanah 16a).

And yet, nishma plays a critical role.  Hazal did not focus on the times both before and after the Giving of the Torah when the people said simply, “We will do” (Shemot 19:8, 24:3).  By drawing our attention to the dual “We will do and we will hear” they were highlighting the interplay, the dialectical tension that exists between these two concepts.  How does this tension play itself out?

First, it is not possible for many people, at all times, but particularly nowadays, to adopt an a priori position of na’aseh.  For many people, the fact that God commanded the mitzvot is something that they may not believe, or, if they do believe it; it is too abstract of an idea, not something that exists as a lived reality.  They need to feel that the Torah speaks to them, resonates in them, that is makes sense.

Moreover, even if someone was able to start with an a priori “we will do,” that may not be able to support and sustain her at all times, for such a commitment can falter.  Hence the Rabbinic statement that after Israel sinned with Golden Calf, the heavenly angels descended and stripped them of the crowns that had been placed on their heads when they declared, “we will do and we will hear.”

This idea is developed in Sefat Emet (R. Aryeh Leib of Gur, late 19th century), who begins by noting that the key word used regarding Yitro, whose story is told before the Giving of the Torah, is not na’aseh, but nishma.  Yitro needed first to hear, to be awed and inspired, and then he drew close to God and Torah.  And many of us may find ourselves in this position as well:

The Midrash states, [relating to the sin of the Calf]: “You have lost na’aseh, be careful to hold on to nishma.”  And it brings a proof from how Yitro heard, and then came… The explanation is that the Children of Israel said na’aseh prior to nishma, which is to say, that their drawing close to Torah does not come through hearing [but rather through an a priori commitment]… But if so, why did they also say nishma?  This was in order to help those at a lower level who needed to hear in order to draw close… And even they, after they corrupted na’aseh, that is –through their sin they became distant from their essential connection to Torah – they now have to draw close through nishma.

All that is well and good, but it still affords nishma a secondary, backup type of a role.  It acknowledges its necessity, but does not see any intrinsic value in it.  But we know that this is not the whole story.  An enormous amount of energy has been invested throughout the centuries in exploring the ta’amei ha’mitzvot, in delving into the nishma.   The more we understand what the mitzvot are about, the more we will live our lives in accordance with not only the Torah’s commands, but also the Torah’s values and goals.  If the question “why?” is “Why should I do it?” then the answer is, “Because God said so”.  But if the question is “Why does God want me to do it?  What does it tell me about how to live my life?,” then it is a question of utmost importance.

This, then, is the tension between these two concepts.  Na’aseh, a preparedness to observe, regardless, is in constant conversation with nishma, a desire to understand, to apply, to delve deeper.   And both of these are necessary.  With only na’aseh, a person will live a life of rote observance, a life devoid of religious meaning.  With only nishmah¸ a person’s commitment to concrete, halakhic observance may waver.

And so it is for the halakhic process.  Without an a priori commitment to submit to God’s will, a person may read his own values into the halakha, may force the halakha to say something that is true to his values but false to the Torah’s values, or the Torah’s laws.  But if one starts with a disposition of submission, then, says Sfat Emet, the can truly partner with God, for

We play a role in interpreting and applying halakha.  If we start with nishma, we put our own understanding first.  We will come to impose our will on the halakha, to do violence to the system and to work in opposition to God.  If, however, we start with submission, with na’aseh, then we will let the Torah guide us, we will seek to understand the reasons of the Torah even if they are not consonant with our own reasons.   We will be lead to an “understanding above an understanding” in the words of the Sefat Emet.  If this is our point of departure, then we can be part of the process, we can be part of discovering what those reasons are.  Our voices can also be heard, they can play a role in identifying and articulating what those Torah values are, and we can engage those Torah values in interpreting and applying the halakha without the fear that we will overstep, that we will abuse this privilege.

Our voice will matter, because it is God’s voice that matters most.  If we start with na’aseh, we can reach the level of nishma.   We can live a religious life brit in its fullest sense: a life of Torah observance and a life of Torah values.   A life guided by God’s law, and a life in an ongoing relationship with God. 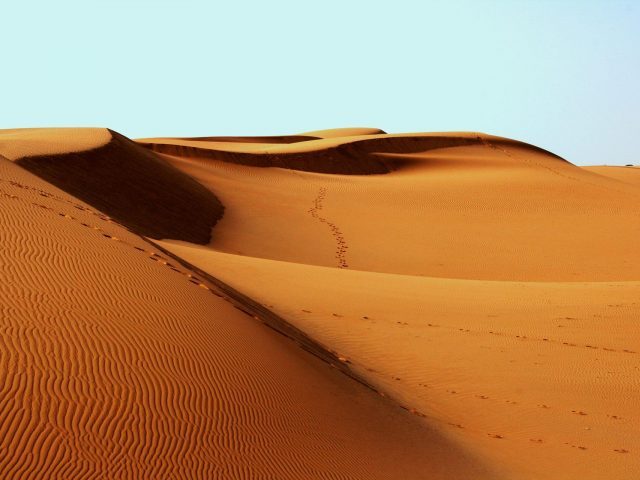 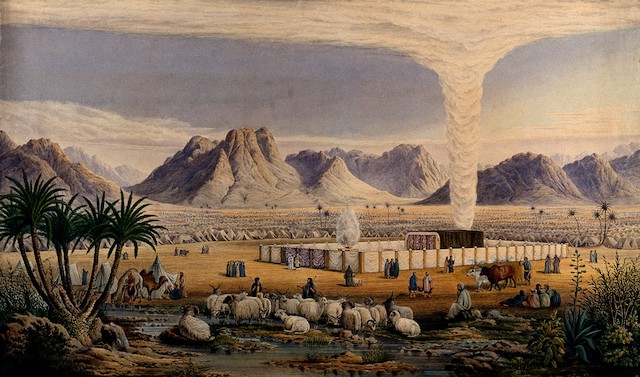 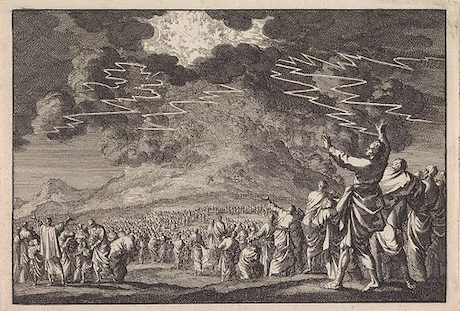 A Time of New Beginnings 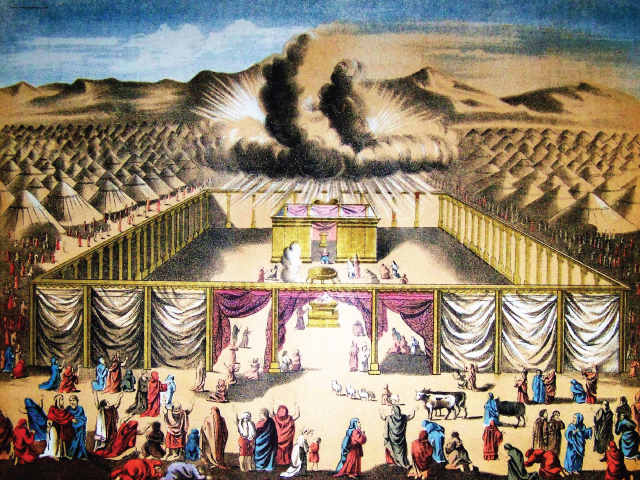